Allison Russell Triumphs Over Her ‘Outside Child’ Past 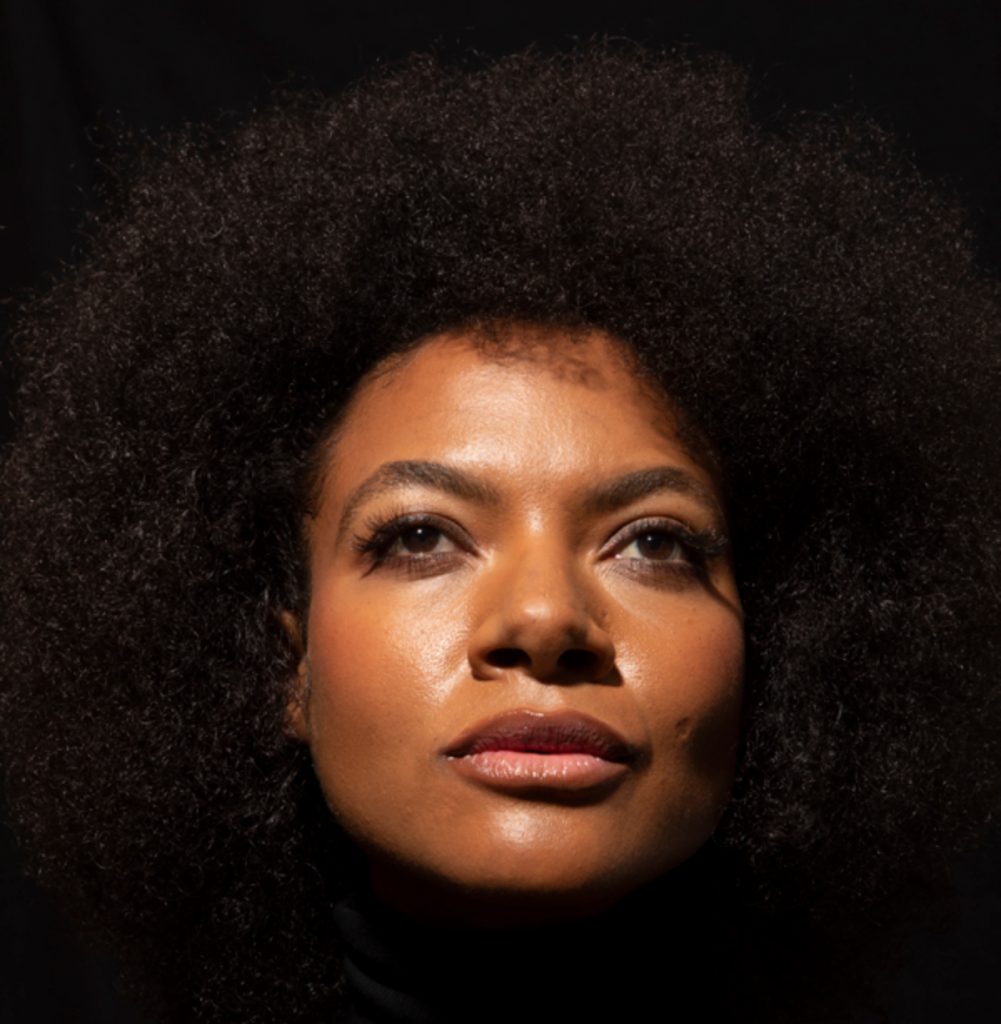 Today, June 1st, begins African American Music Appreciation Month. Originally called Black Music Month when it was created by President Jimmy Carter in 1979, June celebrates the influence of Black artists in genres that include Blues, Jazz, Folk, Sacred Music, R&B, Rock & Roll, Hip-Hop, and more. Paradoxically, the first artist that we feature this month doesn’t fall into the strict category of African-American. Singer/songwriter/multi-instrumentalist Allison Russell is of Grenadian, Scottish, Canadian descent and is firmly entrenched in, for lack of a better term, roots music.

Her first solo album, Outside Child, released on May 21st, via Fantasy Records is a triumphant, life affirming, autobiographical testimonial of survival, strength, catharsis, and eventually resurgence. 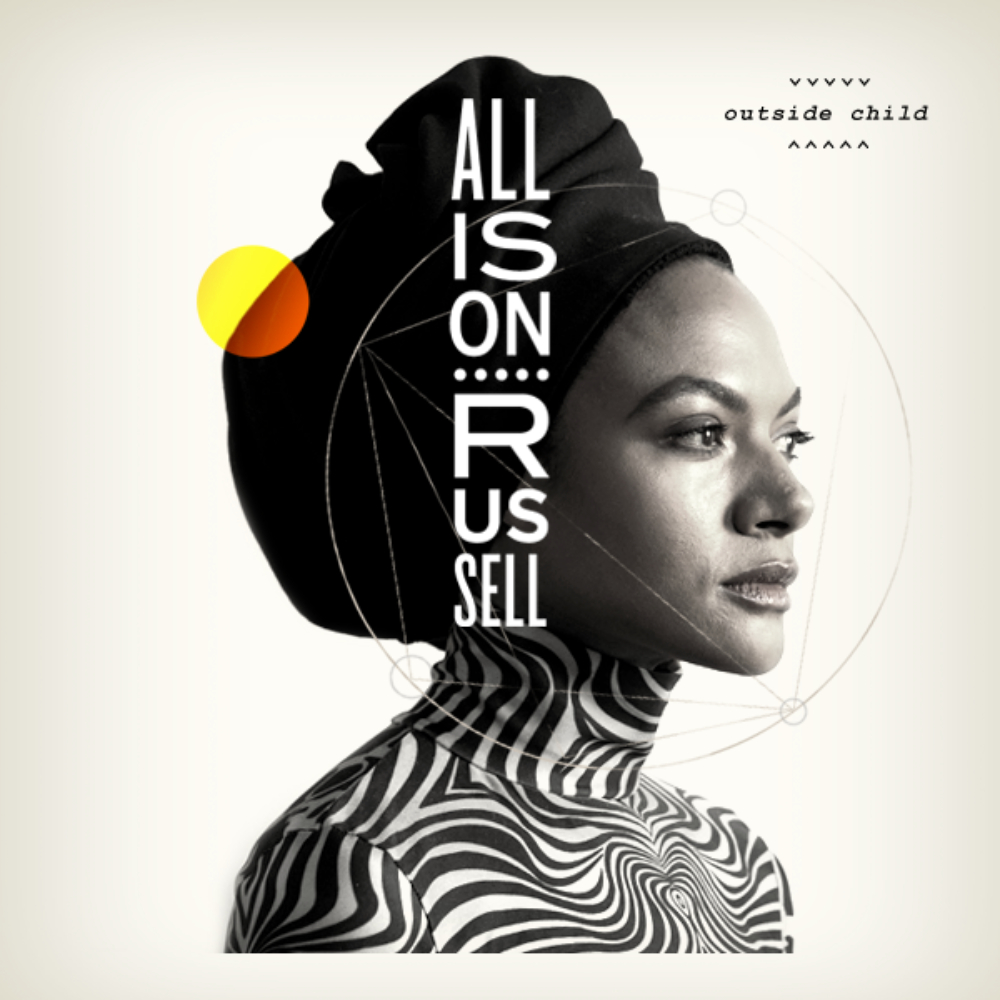 Having survived a decade of severe sexual, physical and psychological abuse at the hands of her adoptive father, Russell has always been an “outside child.” A woman of color in Caucasian family, she was looked upon as an outsider by both Black and White people in her home city of Montreal.

Russell herself, in her young teens was despairing, self-harming, and suicidal.

The majority of people in her former position may wander the streets homeless, fractured, destitute. Today, Russell lives in Nashville, Tennessee with her husband (and musical partner) JT Nero, their seven-year-old daughter, and adopted rescue pup. Fortunately, in her words, “Music saved me.”

“The term ‘Outside Child,’ I first learned from my biological father and that side of the family,” Russell explains. “I was raised in a foster home for almost four years, and then by my mother and her husband, who later adopted me. He is a very abusive, violent, white supremacist man who grew up in a sundown town in Indiana. My mom is a white Scottish Canadian so I was very much ‘one of these things is not like the others.’ I was told every day how inferior I was, and how lucky I was to be raised by him. It was a brutal, oppressive indoctrination. Being raised by white supremacists as a Black child is a very strange thing. I’m forced to decolonize my mind daily.

“So I was outside, literally, of the family circle. I was seen as other by the family, and I only had one close Black friend, and I was seen as other by the Black community because of who I was raised by. I was always seen as outside and never accepted as ‘us’ in any story. The blessing of that particular curse is that I learned at a very young age that there is no ‘us and them.’ Those are constructs that people create to feel better about feeling afraid all the time.

“It’s difficult to transfer early trauma into some kind of art. With the exception of ‘Nightflyer,’ which is the second track, there is a chronology to the record. It is certainly autobiographical. It does feel like a completed journey in as much as I was trying to love my own young self in my own story, and give it the same love and grace and respect that I would give to any protagonist in a story that I cherish.

“I wish my story was unique, but it’s really, really not. It’s one in three women, one in four men, and one in two trans or non-binary folks. It’s a pandemic. Child abuse is a pandemic that’s been around much longer than Covid, and bigotry is a pandemic, and when those three intersected over the past year, it just became very intense globally.

“There was something very healing about standing outside of my own story in order to tell it. When we tell our own stories, in our own words, it helps to humanize our experiences. I’m not a victim. I’m a survivor. Those are very different things. Survival is possible for anyone if it was possible for me.”

Her personal musical genesis began in Montreal, but it was in Vancouver where Allison found her voice.

“I didn’t think of myself yet as a musician,” she tells me of her musical background. “I didn’t know one could do that. I didn’t know that was a calling that a Black woman could entertain, other than superstars, like Tina Turner, whose story affected me deeply. She is a survivor who broke the cycle of abuse. To me, she was like a goddess in another stratosphere, impossible for mere mortals to reach.”

Moving to Vancouver at age 17 to get away from her stalker adoptive father physically put Russell in a place where she realized that everyone can follow a musical dream.

“It was a place called the South Hill Candy Shop,” she begins. “It was a tiny, little place that had live, original music six nights a week. I met my aunt Janet Russell’s whole circle and she invited me into her circle of friends. Almost the first thing I got to do when I arrived in Vancouver was to sing harmonies on her album ‘All I Am.’ That was it. After that it’s all I wanted to do. Going to Vancouver and finding a crew of beautiful misfits who wrote songs was a revelatory, healing experience. Having that kind of community and that kind of artistic outlet literally saved me.”

Some of the songs on Outside Child have an Americana feel to them, while others tend toward a cornucopia of genres including blues, jazz, and gospel. The album is impossible to pigeonhole and for the remaining record stores in existence, is surely driving stockers crazy as to where to place it in their stores.

“Honestly, I don’t approach music in a genre fashion,” Russell says. “Rhiannon (Giddens) has been so instrumental to me in my understanding of the roots of the music industry, and how problematically bigoted and divisive, unnecessarily so, they were. Ralph Peer had his own set of biases when he came down to start recording music in Bristol, Tennessee. They were trying to sell furniture, and they had their own set of beliefs. They were segregationists, separating Black artists’ records into so-called ‘race records’ and white artists’ into so-called ‘hillbilly records.’

“Once again that created a false representation of what the music was. Music is the best of us. Music is by its nature integrated. Musicians influence one another. There’s no escaping that. There is no Appalachian banjo tradition without enslaved people from Africa bringing the banjo to these shores. The rhythms present in all American idioms, all American genres, can be traced directly back to West Africa. I would never diminish European or Indigenous influences, and that’s the point. It’s a mélange, a language. I think that’s why American music has changed the world. I love the term ‘Americana’ because I feel it’s a broad enough umbrella – it’s a community. A community that recognizes the roots, and the foundational Black roots of music.

“Again, the blues is foundational to every form of American music. There would be no Elvis if not for Big Mama Thornton, and Sister Rosetta Tharpe. You can’t talk about him without acknowledging these beautiful, talented Black women. I’m not taking anything away from Elvis. He was a talented, beautiful, Indigenous artist. The white-washing of him needs to stop as well. He had Indigenous heritage, but we don’t talk about that much. But it gives me hope that we’re starting to tell a truer, more balanced version of history.”

Then there is the final cut on the album, “Joyful Motherfuckers.” The title may not hit hard in today’s hip-hop vernacular, but among others may seem off-putting – until you listen to it and realize the title is not for shock value.

“It was just a word I had to use in this particular sense,” Russell begins. “My husband still laughs about it because it is so rare that I publicly use any kind of curse word. In this case, I do because it’s a serious thing. I feel a sense of urgency as a woman and a mother on this planet. This is not our world. This is our children’s world. What are we giving them to inherit? We are responsible for what we leave them. We have to be joyful motherfuckers or there won’t be an atmosphere, or trees, or food, or water for them.”

Since the release of Outside Child, Allison Russell has been in a whirlwind of activity surrounding it. She appeared on NPR’s All Things Considered, performed at the Americana Honors and Awards Nomination Ceremony as well as on Jimmy Kimmel Live with Brittney Spencer and Brandi Carlile, and debuted at the Grand Ole Opry. The album already has critics buzzing about Album of the Year nominations and more. But is its release the healing that Russell has been looking for?

“I think it’s both a closure of a certain time and it’s also the first in a series of inoculations. Really, it’s ongoing. All the work I’ve done before informs this work. Outside Child didn’t spring out of a vacuum. It’s definitely a beginning.

“I’m no longer ashamed of stepping into my own name and story and voice, so I can’t shut up now. I’ve already written most of the next record, we’re talking about the next Our Native Daughters record, and our producer, Dan Knobler, who is just a beautiful human, sent the record to a friend of his at Concord Music Publishing. Because of that it opened a door for JT and I to become writers for them, in the year of the pandemic when we didn’t know how we were going to feed our family, and it changed our lives. It also gives us the joy of writing for other artists and in other mediums. We are far more than the sum of our losses, and the sum of our scars.”