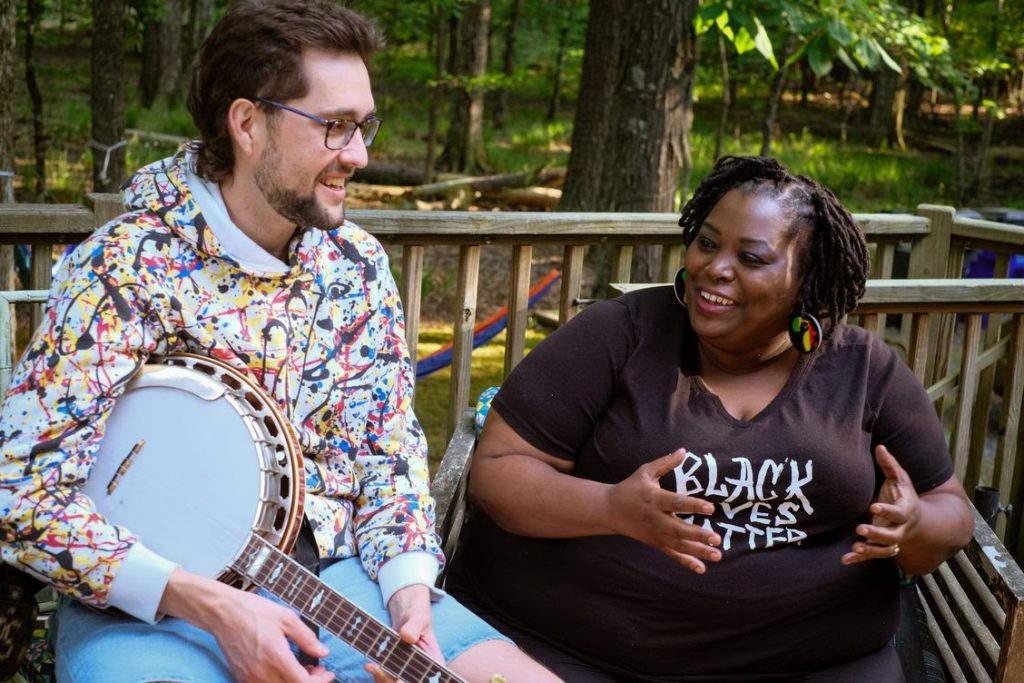 Grammy nominated artist Joe Troop of Che Apalache first met North Carolina activist Dreama Caldwell while producing a series of videos, “Pickin’ for Progress,” highlighting the need to get out the vote in rural parts of the state. Caldwell was running for County Commissioner in Alamance County, NC, pushing for cash bail reform.

Troop was inspired by the bitter circumstances that drove Caldwell to her work. Held responsible for another’s error, Caldwell was ruined by the bail system, forced to pay ruinous fees and kept from employment. Her ascendance as a force of activism in the region mirrored a larger national movement trying to change cash bail, which has been largely used to keep impoverished communities in the prison system.

The friendship between Troop and Caldwell has continued since Troop wrote the song in 2020, and now with a new album coming from Troop that features the song, and Caldwell in the new position of Executive Co-Director of Down Home NC, the non-profit that first brought the two together, “The Rise of Dreama Caldwell” has more meaning than ever.

Troop is releasing it as a single from his new album, Borrowed Time, and to make the album’s version of the song, he invited Caldwell herself to sing on the track. Troop put together an interracial choral group from the region, naming them The Alamance Justice Choir to highlight Caldwell’s voice and story. As for Caldwell, she’s working harder than ever in grassroots organizing, but remains focused on cash bail reform, saying “I ultimately would like to see the end of cash bail, but I know that change happens in incremental ways, you have to go through the process of reform on the road to transformative justice.”

Note: To be released is an incredible video accompanying the single.