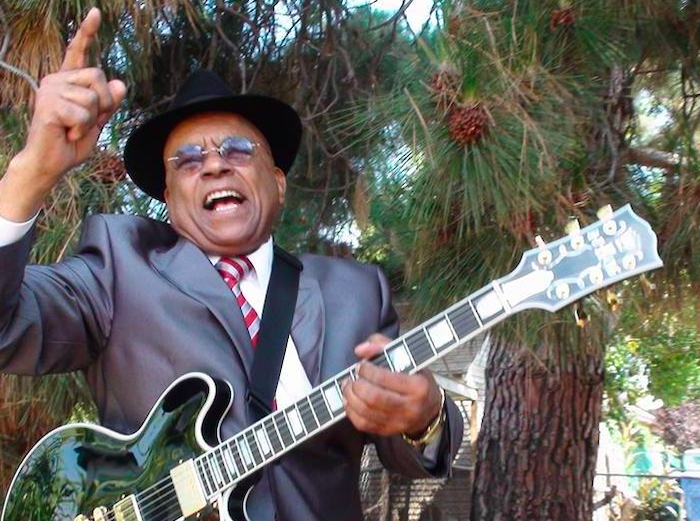 Singer/guitarist Roy Gaines has passed away at the age of 84. Born in Waskom, Texas, Roy Gaines started out playing piano in the style of Nat “King” Cole at an early age, switching to guitar at the age of 14. A contemporary of Texan T-Bone Walker, Gaines met his hero at a very young age and followed his style — later performing and recording with him.

Brother Grady Gaines, a saxophone player in Little Richard’s backing band The Upsetters, introduced him to show business, when he did sessions for Duke/Peacock Records before making his way to Los Angeles. His earliest singles in the 1950s were for the Chart, Groove, DeLuxe, and RCA Victor labels, along with the ones he played with Chuck Willis in his Atlanta days.

His prolific career spans many iconic albums including Gainelining (1982), Lucille Work for Me (1996), Bluesman for Life (1998), I Got The T-Bone Walker Blues (1999) and New Frontier Lover (2000). He’s earned a W.C. Handy Award, two nominations, and a Living Blues Award. Gaines did much work with producer Quincy Jones, playing in his studio orchestra on numerous television and film scores, including The Color Purple. In 2009, Gaines released Tuxedo Blues, featuring a full big band.

In 2018 he played the Playboy Jazz Festival at the Hollywood Bowl with an 18-piece orchestra. That same year he did the Central Ave Jazz Festival in Los Angeles, the KSDS 88.3 live broadcast concert, and the Legendary Blues Cruise with a nine-piece orchestra featuring five horns.