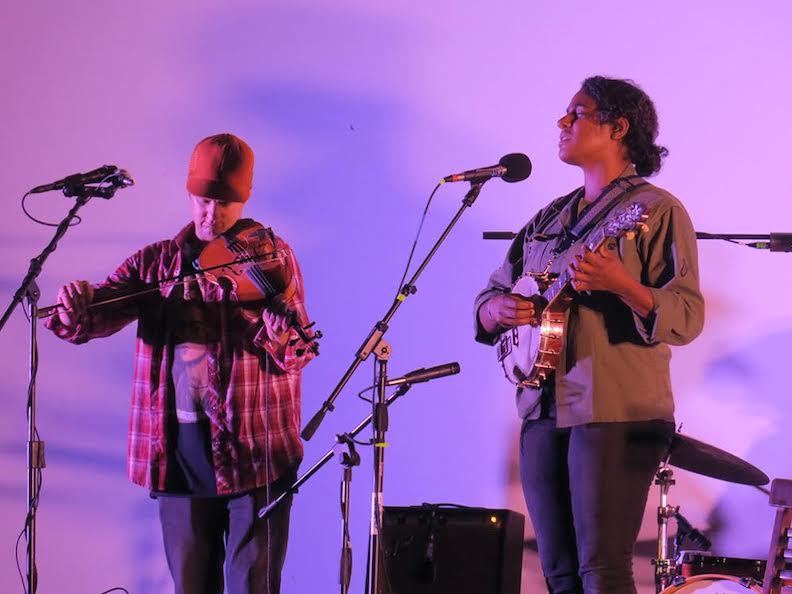 Louis Michot and Leyla McCalla have been collaborating since 2015. Both are lifelong students of their respective linguistic and musical heritages from Louisiana and Haiti, respectively. They appeared together on the title track of the 2017 Grammy-winning album Kalenda by Louis’s band Lost Bayou Ramblers, and Louis guested on Leyla’s 2018 release, The Capitalist Blues. Now Leyla McCalla appears as a special-guest member on the third release by Louis Michot’s band Michot’s Melody Makers.

Tiny Island was recorded and filmed by firelight on the night of March 6 on – yes, a tiny island — in a small pond on Michot’s home in Prairie Des Femmes, Louisiana. Played entirely live, the performance was put together for a tour stop on Ned Sublette and Ariana Hall’s NOLA Reconnect, a virtual visit to Louisiana with attendees from all over America and Europe. Featuring a deep sonic collaboration with the tiny island’s frog and insect population, the set captures a more intimate and acoustic performance than the higher-decibel, psychedelic shows the Melody Makers are known for. 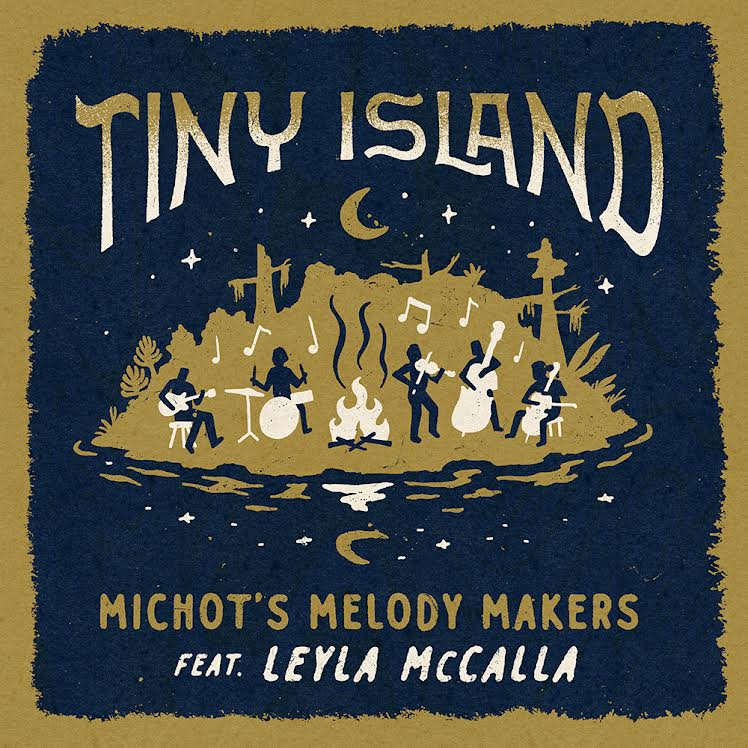 Their joint repertoire of Cajun and Haitian, Créole and Kréyol songs — both original and traditional — coalesced in 2016 when Leyla joined String Noise for a special set at Louis’s residency at The Stone in NYC in 2016 (released in 2020 on Nouveau Electric as Le String Noise under the L.E.S. Douze collection). Leyla first joined Michot’s Melody Makers at New Orleans’s Music Box Village for a socially distanced show in November of 2020, and the outfit continued working together on outdoor shows at the Broadside Theater throughout the months of canceled touring.

Tiny Island is set for release September 25 as a video EP and as a digital audio EP on on Louis Michot’s own Nouveau Electric Records. The package was executive-produced by Ned Sublette, produced by Louis Michot, recorded by Kirkland Middleton, and mixed by Mark Bingham. The film was made by Connor Reever and Samuel Aguirre-Kelly for Fast Friends Productions. NOLA Reconnect was produced by Ned Sublette and Ariana Hall for Postmambo Studies and Cubanola Collective.

Michot’s Melody Makers’ first show was at the Pine Box Rock Shop in Brooklyn in 2015, and began as an opportunity for Louis Michot to perform live with ad hoc line-ups; the first show featured LCD Soundsystem’s Korey Richey on bass, Jason Robira on drums, and Jonny Campos on guitar. For a while, the group’s line-up remained fluid and many charter members passed through its ranks including Josh Leblanc of Givers, Bad Chad of Imagine I Am, and Roy Durand of Underhill Family Orchestra. Finally the rotating cast of characters coalesced into a dedicated line-up featuring Mark Bingham on guitar, Bryan Webre on bass, Kirkland Middleton on drums and Louis Michot on fiddle and lead vocals; the latter three are also members of Grammy-winning Cajun progressives, Lost Bayou Ramblers.

Michot’s Melody Makers won the Best Cajun Band honors in 2018 and again in 2019 at Gambit Weekly’s Big Easy Awards. Their debut release on Sinking City Records, Blood Moon, provided the first glimpse of how this electric string band could push the boundaries of Cajun traditional music. It was followed by Cosmic Cajuns From Saturn, and now Tiny Island pushes those boundaries even farther.

Mixed and mastered by Mark Bingham

For tickets to the video EP release show at The Broadside in New Orleans on Saturday, September 25th at 7pm, head here.