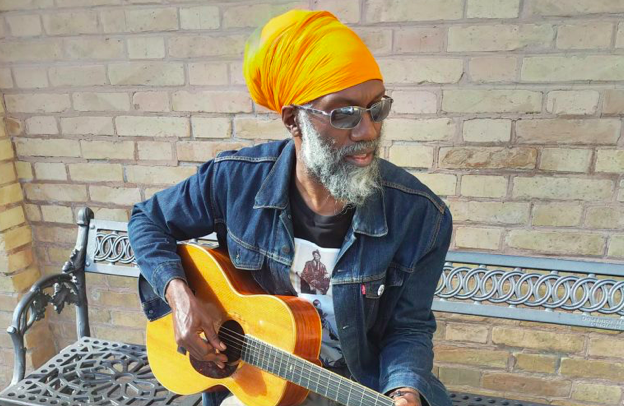 Insurrection Blues is Corey Harris’ 20th album overall and first for M.C. Records, continuing a blues journey that began with his debut album Between Midnight and Day in 1995. The songs are full of topical relevance, yet steeped in tradition and informed by his musical explorations over the decades. Recorded in Italy under shutdown conditions, the album returns to the solo acoustic format that’s been his base since his early days as a busker in New Orleans. This marks Corey’s 1st release in over 3 years. 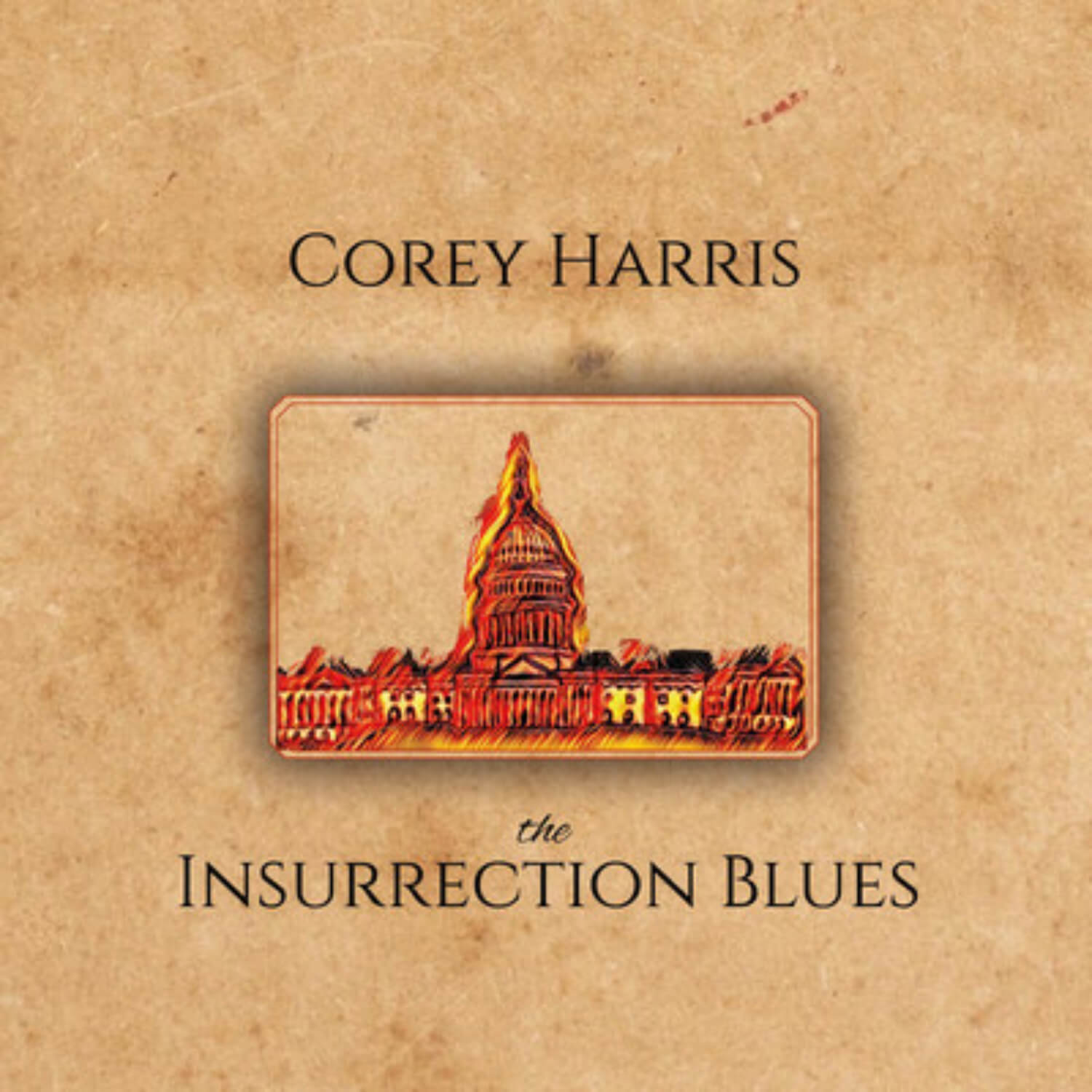 Given his gift of synthesizing many musical strands into a seamless piece of work, it’s no wonder Harris has received many accolades. Among them is being awarded a MacArthur Fellowship — commonly referred to as a “genius award” — from the John D. and Catherine T. MacArthur Foundation, and an honorary music doctorate from his alma mater, Bates College in Maine. He’s a sought-after collaborator, too. He was featured in the Scorsese film Feel Like Going Home and on the now-classic Mermaid Avenue albums of rediscovered Woody Guthrie songs, for which he wrote some of the music. Corey has collaborated with B.B. King, Tracy Chapman, and Dave Matthews.

In Insurrection Blues Harris brings some necessary commentary into his acoustic universe. Like many of us, he was paying attention to national events during the pandemic lockdown. And when he saw the profoundly disturbing events in Washington DC on January 6th, the path of his next album became clear.

I was on Twitter and probably saw the first video five minutes after it was posted. I play music because I have something to say, and I’m thankful that I can eat because of it. I felt there was a duty, a responsibility, to use the craft to say something.

His feelings about the insurrection made a framework for the album, whether the songs were explicitly connected or not.

As an African American living in America, as a descendant of slaves that built this country, I am looking at the survival mechanisms that have existed for people to persevere in difficult times. And when we think about that, the blues always comes to mind.

It all ties in with Harris’ mission as a modern bluesman with an ear to the ground.