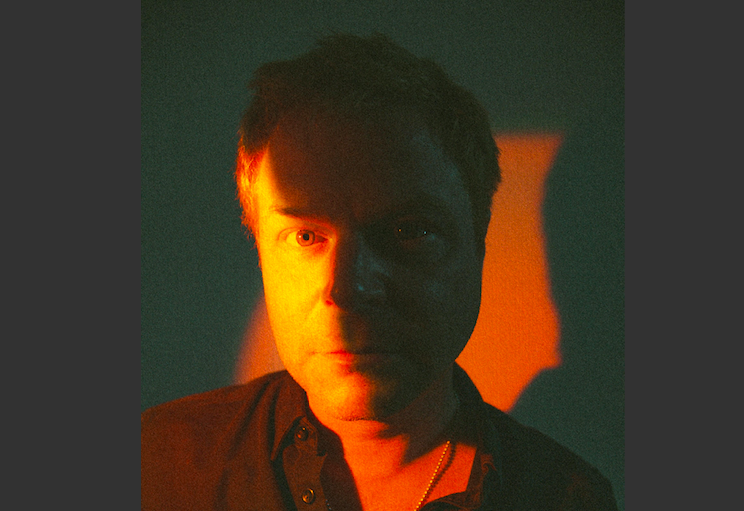 People In Cars is the new studio album from London-based alternative rock band Curse of Lono, following 2017’s debut Severed and As I Fell, which earned the band the Bob Harris Emerging Artist Award at the UK Americana Awards in 2019. Recorded with long-term collaborator and producer Oli Bayston (Spiritualized, Teleman, Boxed In) and engineer Iain Berryman (Wolf Alice, Arcade Fire, Kings Of Leon), it’s an evocative, cinematic record that asserts Curse of Lono’s status in the British musical underground.

“Poetry is just the evidence of life,” Leonard Cohen once said. And in the case of People In Cars, poetry is the ash of a life that’s burned with danger. Drugs, death, and depression are some of the specters that lurk within People In Cars – an album named for a 2017 photo book by Mike Mandel. Containing black and white images of people through the windows of cars at an LA intersection in 1970, the book is like an aperture in today’s world, through which you see a lost and forgotten one. Curse of Lono founder and frontman Felix Bechtolsheimer couldn’t help but see his own life as motion-blurred snapshots, the conceptual photography seeping into the album concept.

“I like to use photography books to get me into writing mode. I love the way pictures can suggest a narrative or an atmosphere without restricting you too much. I never write about an actual picture. I just let the photos start a chain reaction that gets me thinking about something in my own life, whether it’s by jogging a memory or taking me back to a feeling that’s buried somewhere under the rubble of time and daily life. My favourite books for this album were ‘Tulsa’ by Larry Clark, ‘Young Love’ by Ewen Spencer and ‘People In Cars’ by Mike Mandel. I absolutely love the images of the people in their cars. Every car contains a story that we will never know. There’s a sense of almost being allowed in for a second but never really getting very far. Life is like that, isn’t it? I love the perspective of the camera. Detached. Watching people and their lives drive in and out of view. I got in touch with Mike last year to tell him that I was naming the album after his book. I sent him a record and thanked him for the inspiration. He’s a proper legend.”

An initial version of People In Cars was recorded in June 2020, with each band member – guitarist Joe Hazell, drummer Neil Findlay, keyboardist Dani Ruiz Hernandez and bassist Charis Anderson – recording their parts individually. But when Felix lost his father in April, he ended up writing more songs for the album, and recorded stripped down with Bayston, pedal steel player Joe Harvey-Whyte, and drummer Liam Hutton. During the pandemic, Felix’s bandmates each fell into day jobs, turning the ensemble more of a solo project.

Oli has been Felix’s primary musical collaborator since he started Curse Of Lono. “He isn’t part of the band that goes out and plays live but he has always been my main partner in crime when it comes to recording,” he explains. “That was even more the case with People In Cars. We made the record in two phases. The first batch of songs was recorded during lockdown. It was Oli, our engineer Iain Berryman and myself in the studio. The other band members came in for a day or two to do their parts and the rest was Oli and myself. It was very difficult for my ex-band mates. I think they felt locked out as they weren’t able to get involved in the way they would have liked.”

Along with the passing of his dad, Felix also lost an ex-partner of over five years and his uncle, all within a few months of each other. “I wanted to make a quieter, more introspective record, so Oli decided to focus on my vocals and build the tracks around that. It was a very relaxed atmosphere in the studio. We just played around until something sounded good. My old band mates played on six of the tracks and they really delivered some amazing performances. I think Joe Hazell’s guitar playing on ‘Buy The Ticket’ is some of his best work I’ve heard. Dani and Charis were both in amazing form, and Neil came up with some of the best drum parts I’ve heard from him in fifteen years of working together. Sadly we weren’t able to keep the band together through the pandemic so I went on to record the second batch of songs without them. Oli ended up playing piano, guitar, mellotron and bass on those tracks. We also had Joe Harvey Whyte on pedal steel, which is the glue that binds the whole record together. Joe played a hugely important role in creating the atmosphere on the album. He also helped me put together an incredible new live band.”

Writing and recording gave Felix something to focus on amid those dark and disorienting times. People In Cars is very bittersweet, but it’s his favorite album he’s made so far. “There were moments when it felt like therapy and there were other times when it was just a really welcome distraction. It’s strange. This is my eighth album and it feels like I’ve finally found my voice. I had no ambition or expectations anymore when I made this record. I just wanted to give the songs their best chance. In a way, that took the pressure off and allowed me to be completely honest. Oli and Iain created an atmosphere in the studio where I felt comfortable enough to have a cry when I needed to. That sounds trivial but songs like ‘Man Down’ and ‘Timeslipping’ would have turned out differently if I’d been more guarded. I guess I finally got to the centre of the onion. There are songs about my dad on the album, but there are lots of other themes as well. In fact, the album is dedicated to my little boy who is three years old. In many ways I’m caught between two of the most important people in my universe. My father and my son.”

Premiering exclusively today is Curse of Lono’s performance video for “Man Down” (live at Karma Studios in London), Felix’s painful yet beautiful goodbye to his late father. “The postman brings the letters / The letters bring the pain,” Felix sings in a rough-hewn baritone. “The pain brings to the surface what will never be again.”

Of this exquisite arrangement, Felix opens up:

When he passed away I was in such a state of shock that the thought of sitting down and writing about what I was feeling and what I had witnessed seemed impossible. It almost felt as if it would have been disrespectful to his memory and the suffering he endured to try and turn it into music. So I turned to stream-of-consciousness writing to help me process things. I would just sit down and write anything that came into my head without thinking about it.

About a week after my Dad died these words came out. I didn’t really think about them again until I was sitting at the piano a few months later, trying to find some words to go with a melody. I put the two together and it felt like I was reuniting two old friends. Once the main part of the song was in place I wanted to have an extended instrumental as a bitter-sweet send off. I think the combination of pedal steel and Velvet Underground-style strings really delivers that. It’s a very difficult song for me to play live because the emotions can be overpowering but he is there with me every time I sing it, propping me up the way he always did.

Karma is an awesome studio. It’s run by our guitarist and pedal steel player, Joe Harvey Whyte. It was an amazing day. Iain Berryman, who engineered the album, produced the session and Gregg Houston and his crew filmed it all. Those guys always deliver but I have to be honest and say that I was blown away by the quality of the audio and the filming. They made everything incredibly easy for us. We just turned up, plugged in and off we went. It was all completely live. No click tracks or overdubs or any of that stuff. We just did three or four takes of each song and moved on. We managed to get five songs down in a day, which is pretty good I think. It’s also a great way to introduce people to the new line up.