'Badder to the Bone' by Eliza Neals is out now via E-H Records! 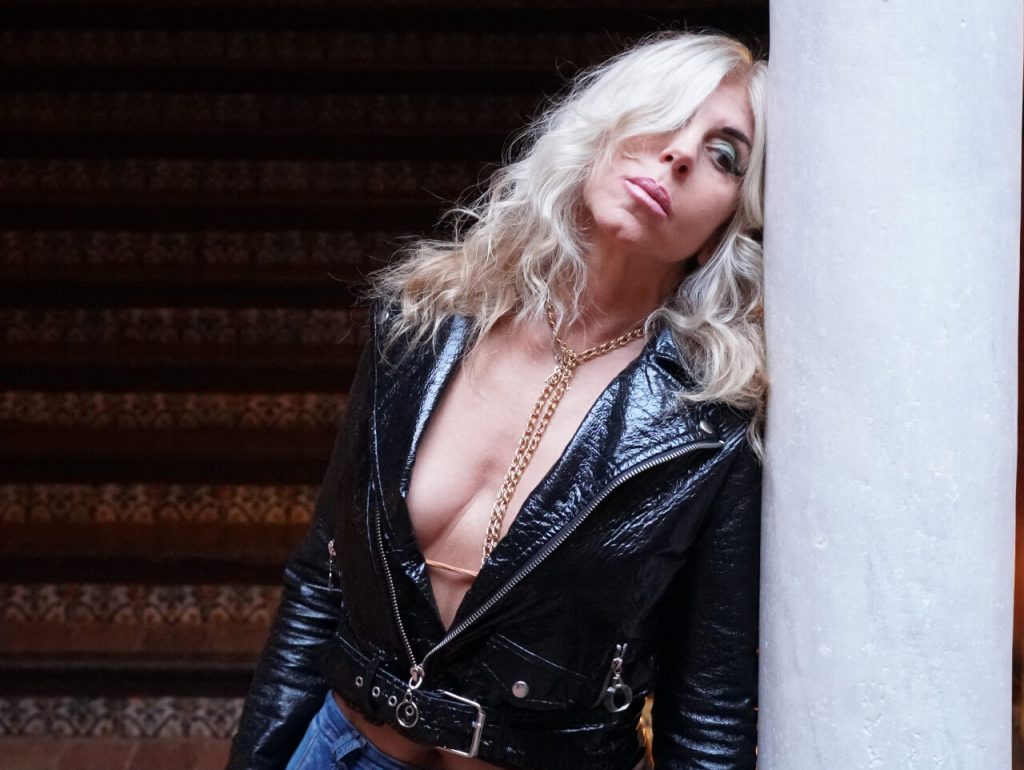 Two years after her psychic blues album, Black Crow Moan, Detroit sensation Eliza Neals is back with her newest blues rock offering Badder to the Bone, out now via E-H Records. This is Neals’ second album in the era of COVID.

Where Black Crow Moan was primarily ballad-filled to fit the times of 2020, Badder to the Bone starts off with blistering slide guitar over a Bo Diddley beat on “United We Stand.” Neals wrote or co-wrote all but one song on the album, and also arranged and co-produced it with Michael Puwal of ICP and Kenny Wayne Shepherd fame. “United We Stand” comes out swinging as an attention grabbing opener.

The operatically trained Neals hasn’t lost a lick since she first flew into our radar some seven years ago. Her keyboard prowess perfectly lays the chassis for a batch of high end friends to build upon. Her vocals, oh, that voice, has all the grit of 12 miles of bad road, while supplying enough power to light the Motor City for the next decade.

Eliza also picked out some ace guitar bombardiers including Puwal, Rock-N-Roll Hall of Famer Billy “JC” Davis (Hank Ballard & The Midnighters, Jimi Hendrix) and flaming hot Texan Lance Lopez who makes his first appearance, along with Keys, on “Queen of the Nile.” This nearly seven-minute moaner is blues to the baddest of the bones. Lopez’ scorching guitar fits hand in glove with Neals’ mighty vocals as the tension builds to a nearly inescapable crescendo before the music drops and Eliza’s voice conjures the ghost of Janis Joplin for a few seconds. There are songs that make one’s hairs stand up, and this is one of them.

“Lockdown Love” is a ’70s-style rocker that is bass heavy and solid. The lyrics are timely and relevant. Everyone can relate to those horrible days when we couldn’t leave our homes, and all the consequences of them. “King Kong” is another straight-out-of-the-gate, hard-charging love song, taking the pace back up several notches.

Tremolo heavy guitar work accents the spooky “Bucket of Tears.” It’s a love-gone-wrong song with a sinister sound that displays Neals’ songwriting skills across several genres. Davis lays down some clean, classic guitar work on the hand-clapping shuffle “Got a Gun.” This is a no nonsense, straight up warning to lovers who try to take advantage. It may just be the last thing they do.

On “Fueling Me Up,” Neals and company add some Gospel-esque backing vocals to what most listeners of a certain age would think is a car guy’s song. The double-entendre word play is brilliant, in one stanza comparing her lovin’ to the horsepower of the legendary Oldsmobile 442. You can take the girl out of Detroit, but you can’t take Detroit out of the girl it would seem.

“Heathen” is the most blue of Badder to the Bone. Written by Neals, the song is an Americana tinged, blues belly-rubber with Eliza’s voice in top form and some brilliant work by Galvin on both grand piano and Hammond. Kymberli Wright lays down an outstanding backing vocal performance on this track as well.

The record ends with “Queen of the Nile II.” Containing the album’s title in the lyrics it was almost as if Neals wanted to extend the original another four minutes with it’s swampy, witchy melody.

The only cover on the record is the interminably classic, “Can’t Find My Way Home.” Written by Steve Winwood and included on the eponymous Blind Faith album in 1969, it was lauded by critics, becoming a near instant classic. Although it’s been covered by celebrated artists from Bonnie Raitt and Alison Krauss to jazz mavens Alana Davis and Rachael Price, nobody, and I do mean nobody has done it like this.

Once again featuring SRV disciple Lance Lopez on guitar, it begins much as the original but with Eliza’s vocals taking to the forefront. Like ground glass wrapped in silk, Neals’ vocals put more emotion into this one track than most singers pour into an entire box set. Clocking in at 5:36, where the original was two minutes shorter, guitar interplay starts at about the 2:31 mark and continues to build for the next nearly three minutes. All the while, Neals is in and out, her vocals doubling and tripling to create her own choir. With a minute left, the song launches in tempo, building and building to the point where one fear’s Lopez’ guitar strings may, quite literally catch fire, only to slow at the very end leaving the listener breathless.

As a musician and vocalist, she is a force of nature. As a songwriter, she’s clever and articulate. As an arranger, she’s a master builder, laying a solid foundation for songs to reach the stratosphere. All in all, Eliza Neals is Badder to the Bone, and unless she releases a “Baddest” album, she’ll remain untouchable.