Exclusive: Saxophonist/Composer Binker Golding Premieres ‘Love Me Like A Woman’

Listen exclusively to the new track from ‘Dream Like A Dogwood Wild Boy,’ out June 17 via Gearbox Records! 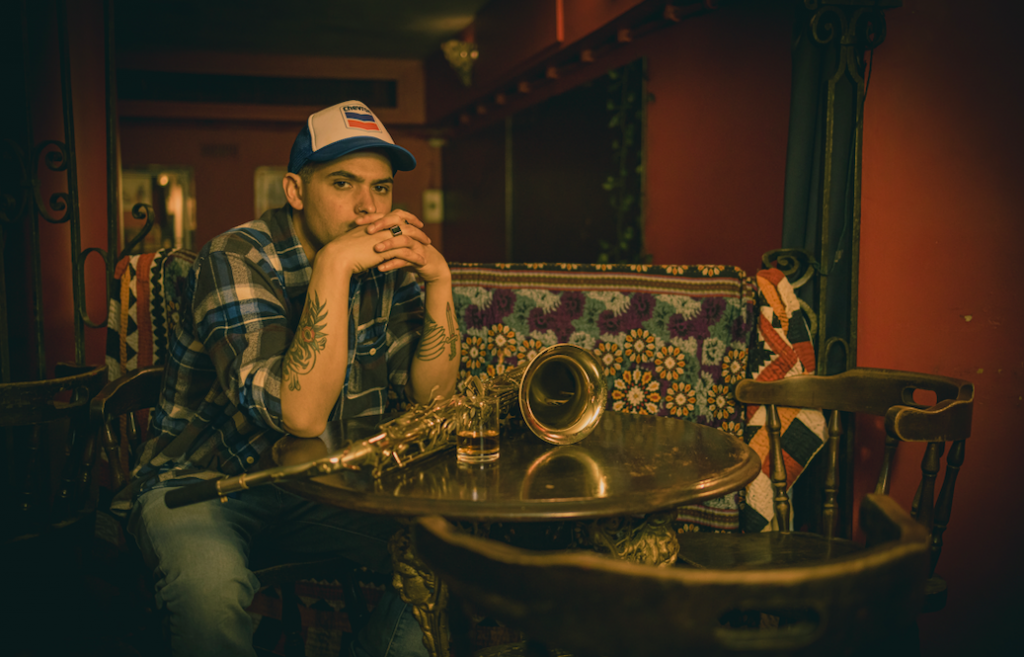 The multi-award-winning tenor saxophonist and composer Binker Golding, perhaps best known for one half of the jazz duo Binker & Moses, is detailing his new album with the premiere of “Love Me Like A Woman.”

Dream Like A Dogwood Wild Boy is out June 17 via London independent tastemaker label Gearbox Records.

The new album marks his first solo material since releasing his critically acclaimed debut album, Abstractions Of Reality Past And Incredible Feathers (2019), which received laudatory reviews from The Wire, Stereogum, The Guardian, The Vinyl Factory, Red Bull Music, WBGO, Jazzwise, The Financial Times, and MOJO (#2 Jazz Album Of The Year).

When he isn’t making music solo, Golding co-leads Binker & Moses with Moses Boyd; his duo work with Elliot Galvin; and his trio work with John Edwards & Steve Noble. He won the Jazz FM instrumentalist of the year award in 2020 and has won another four awards with Binker & Moses, including a MOBO award in 2015.

“It’s hard to articulate these points with instrumental music, but they’re in there,” Golding says about the songs that which document where he is now as a man in his mid-thirties. Dream Like A Dogwood Wild Boy features collaborations with pianist Sarah Tandy, double bass player Daniel Casimir, drummer Sam Jones, and guitarist Billy Adamson.

Indeed this latest effort forges a unique path by marrying exquisite jazz sax lines with swampy blues guitar, and perhaps the best example is “Love Me Like A Woman.”

When Golding wrote the song, he tells ABS, he found himself thinking about the things Bonnie Raitt must have been singing about in “Love Me Like A Man.”