Jones’ trademark husky voice reflects the seriousness of the message, but it’s tempered by the jaunty vibe – her incredible vocal chords surfing effortlessly over the riffs. 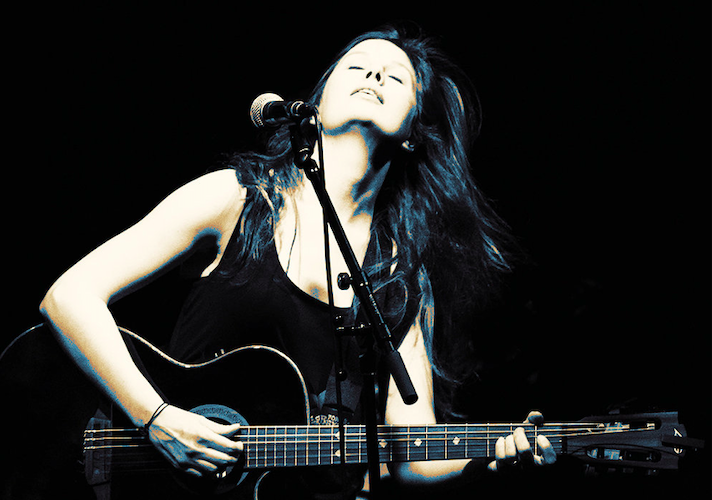 There can be few gigging musicians who are as talented and hardworking as Scotland chanteuse Liz Jones whose successful musical career is underpinned by relentless and often less than glamorous employment to make a living. The latter is epitomized in her seminal recording with her band Broken Windows, “Call Centre Blues” from their latest album Bricks & Mortar.

Liz is back, this time with one of her lockdown project songs for a solo album later in the year. It is another original and eclectic track which crosses a range of roots-based genres. Entitled ‘Bounty,” it comes with a dream of “hosting free music forever more.”

“What ‘Bounty’ is really about is that extreme wealth could do with falling into the hands of people who would use it for much much better things, more often. I’m making a slight dig about space travel in the video. However, I’m also trying to confess in the lyrics that I am aware my own wishes are selfish. I’d do something for other people but boy oh boy would I be benefiting, redeeming myself entirely for everything I’ve sacrificed for music!”

Amongst the Edinburgh blues community, Liz Jones commands the greatest respect as a dedicated, creative singer, songwriter and guitarist who has attracted some of the best musicians in the UK to join forces with her. ‘Bounty’ is therefore infused with brilliant, fluid keys, haunting guitar interludes and infectious and intricate rhythms, the latter courtesy of percussionist extraordinaire Suzy Cargill.

Liz sings with passion and integrity, “No claim to hold righteous motivation /Just to hold my head high / Something decent, to feel redemption.” Jones’ trademark husky voice reflects the seriousness of the message but it’s tempered by the jaunty vibe, her incredible vocal chords surfing effortlessly over the riffs. A wider audience is now recognizing Liz as an inspirational composer and performer as she heads for an Edinburgh Fringe gig with Broken Windows in the capital city’s International Conference Centre, located opposite the coffee shop where she used to work, proving that dreams can come true.

Liz is due to perform with her band at the prestigious Edinburgh Fringe Festival on August 17th at the EICC.