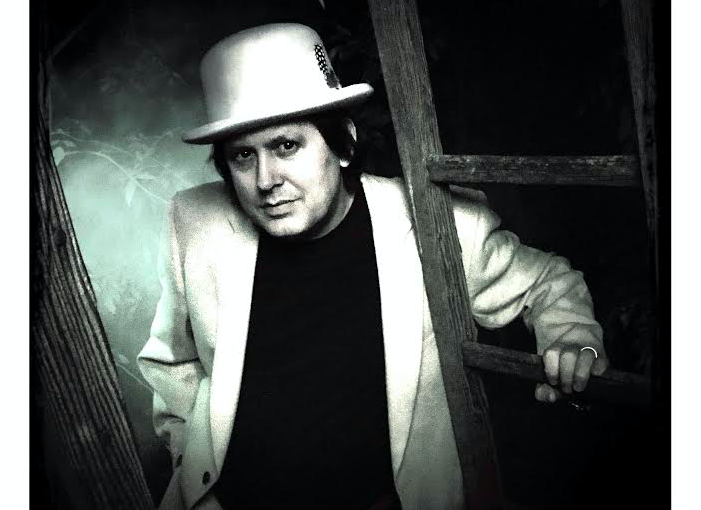 In 2016, Early was once again asked to return to broadcasting and join the staff of BB. King’s Bluesville on Sirius XM Radio. He hosts a daily program from 3pm-9pm eastern time Monday through Friday and Saturday & Sunday from 6pm to midnight eastern. Among the guests on his show are George Thorogood, Kenny Wayne Shepherd, Bobby Rush, Popa Chubby, Jimmie Vaughan, and more.

Early Times operates Manhattan Recording and Dealer’s Choice Records out of his New York studio. There, he recorded his CD, The Corner, which was produced by Jay Messina. He signed a deal with Vizztone Records who released the album and it is being distributed by Redeye.

There is more exciting news for Early Times. He has a new guitar model out through Delaney Guitars called The Early Times Succubus.

Can you talk about your new record, Electric City?

I reunited with Jay Messina who produced my album the Corner in 2021. I decided to try a different group of musicians for this album and the day we went into the studio to record was the first day I met any of them. I had sent them some charts and I made demos of the tunes.

We did nearly the whole album in a day. We came back for a couple hours on day two to record the final track. We all played together which is an old-school way of recording and many of the vocals on the album were recorded live as we were recording. I wrote all of the tunes and I am very happy with the album.

Your song “Orphan Train” is incredible. How and why did you write it?

Thank you. Well, when I write it usually comes from many sources and many directions. That one was no different. ‘Orphan Train’ refers to a time from the 1800s through the 1920s when orphans, homeless children, and kids from poor immigrant families were taken from mostly eastern cities and sent by train to the Midwest, often to work on farms.

Sometimes these kids were not orphans at all, they may have been children of poor immigrants or even stolen babies who were sold on the black market. The verses to the tune go in other directions of fear, paranoia, and the struggles of urban life. Vocally, I wanted to give a feeling of being on the edge of breaking up and emotionally uncontrolled.

What was it like working with 2X Grammy winner Bobby Rush?

Working with Bobby Rush was an honor. I played a show in New York City opening for Bobby in the Summer of 2021. He approached me backstage and asked if I would be interested in writing and recording something with him. I agreed but we weren’t able to find time to get together and do it.

I live in NY and he lives in Mississippi so I ended up writing a song called “Good Soul Music” and had Bobby sing on it. It has a great old soul vibe and I had a horn section on it. We wanted to show that two guys for different ages and ethnic backgrounds could get together and do something positive. I think it came through nicely. I will always appreciate that experience.

Can you talk about your new signature Delaney Guitar, Early Times Succubus?

Mike Delaney from Delaney Guitars in Austin reached out to me to endorse his company. I was very aware of his work and many great players are playing his instruments. I told him I would be interested, but I wanted to have a guitar built that I was already designing.

I am not a builder, so my input was mostly aesthetic and I sent Mike a drawing of the shape I wanted. He used his skills as a luthier to take my idea and make it a reality. He’s good about working with the artist to make sure it is a collaborative effort. People can order it through the Delaney Guitars website.

What makes the guitar special and unique?

Well, it’s American-made and built individually. It’s not an assembly line type of thing. This is a guitar that plays great, but it is also for connoisseurs who love high quality craftsmanship. A guitar like this will increase in value as the years go by. The guitar can get many sounds due to the way the electronics are wired.

Because I play everything from blues to jazz to rock, I needed a guitar that could sound good in all those genres and this one can definitely do all that and more. The original is a gold top with black hardware but we have two new models we are releasing. One will be flat black with chrome hardware that looks like a cool motorcycle and another that will be a semi-hollow body.

What did recording engineer Jay Messina bring to table on Electric City?

He brings another voice to give insight. He also has decades of recording the very best musicians so he knows how to get great sounds. None of the other artists working in my genre have someone with the track record that Jay has.

In addition to his technical know-how as an engineer, he also has a great musical sense and he is always looking for feeling in the performance first and foremost. That is why he often believes the first vocal is the best one. He says that often there is magic in the first one that you just don’t get later if you’re chasing perfection.

Is it hard to tour while having a radio show?

Since the quarantine from COVID I am able to do my radio shows remotely which is allowing me to be more mobile. However, there has also been the challenge of getting bookings because places have closed and musicians who previously had to postpone dates are trying to make those up now. So, I have to wait in line.

I think sometimes clubs and promoters are a little short-sided in recognizing the broad national audience I have from having a radio show. Once I get my foot in the door to those clubs, I know I will make them see what I can do.

Any plans to tour behind this record?

Yes, that is the plan. I have to build a circuit so that I can get out there and play night after night. I have a team of people working with me currently for both shows and press so I am building a grassroots organization. I am getting a large amount of airplay for a few of the tunes from the album and I did from the past album The Corner as well.

So, I’ve got a nice catalog of tunes that people recognize and that is key to getting people to come to the shows. Audiences like when they come to a show and know the songs. You can go out and play a set of songs that have been played by everybody and have a similar effect, but if you’re not doing original stuff, you will be forgotten the next day. I’m building something long-lasting.

Last time we talked your immediate goal was to figure out how to follow up The Corner. What’s on your mind now and your next goal?

Well, I am already writing for the next album and the one after that. I plan to start recording in the next three months so I can follow up Electric City with something early in 2023. There is a small chance I could get something out by the end of this year but I am not sure I will have one ready. It’s a good goal to have, though.