Whether on the mic or playing guitar he has an intensity in his voice and eyes that is undeniably driven. 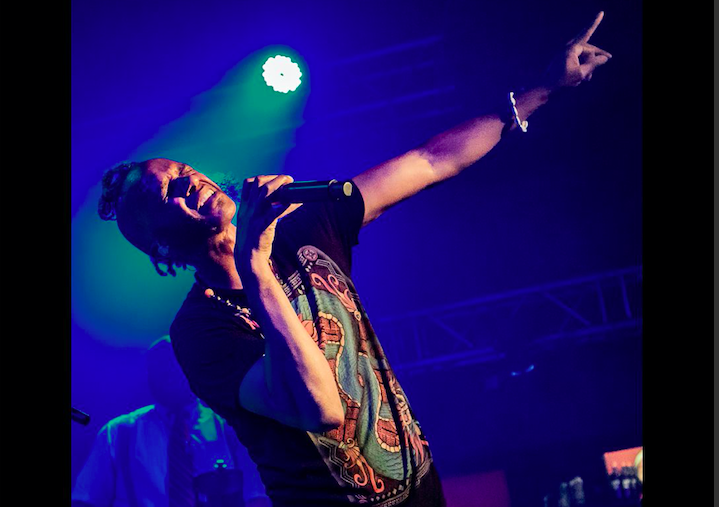 Two months into his 2022 release White Jesus Black Problems, Fantastic Negrito is getting critical acclaim and audience accolades as he and his band tours Europe, the states and beyond. From clubs to notable festivals like Womad, Bilbao Blues Festival, and Electric Forest, he is a man with a message who grabs the audience’s attention the very moment he enters the stage.

His style of fusing R&B, funk and freak-out rock is pure kinetic energy – self-generating and radiant. On stage Fantastic Negrito is a non-stop force reaching into the audience, dancing and bouncing about. Whether on the mic or playing guitar he has an intensity in his voice and eyes that is undeniably driven.

If the title White Jesus Black Problems doesn’t tip you off, then the track titles most certainly will: “Venomous Dogma,” “Highest Bidder,” “They Go Low,” “You Don’t Belong Here,” “Man With No Name,” “Register of Free Negroes.”

The germination of this theme began during the shelter-in-place. His ancestral research was channeled into twelve tracks that thread a very real and personal narrative.  The companion music video is an equally powerful use of media further strengthening the story.

According to his web site this release is “Part love story, part historical excavation” continuing that it “is an exhilarating ode to the power of family and the enduring resilience of our shared humanity. Inspired by the illegal, interracial romance of his seventh generation grandparents—a white indentured servant and an enslaved Black man—in 1750s Virginia.”

If you have not seen him live, make it a point to seek him out. Tour dates here.