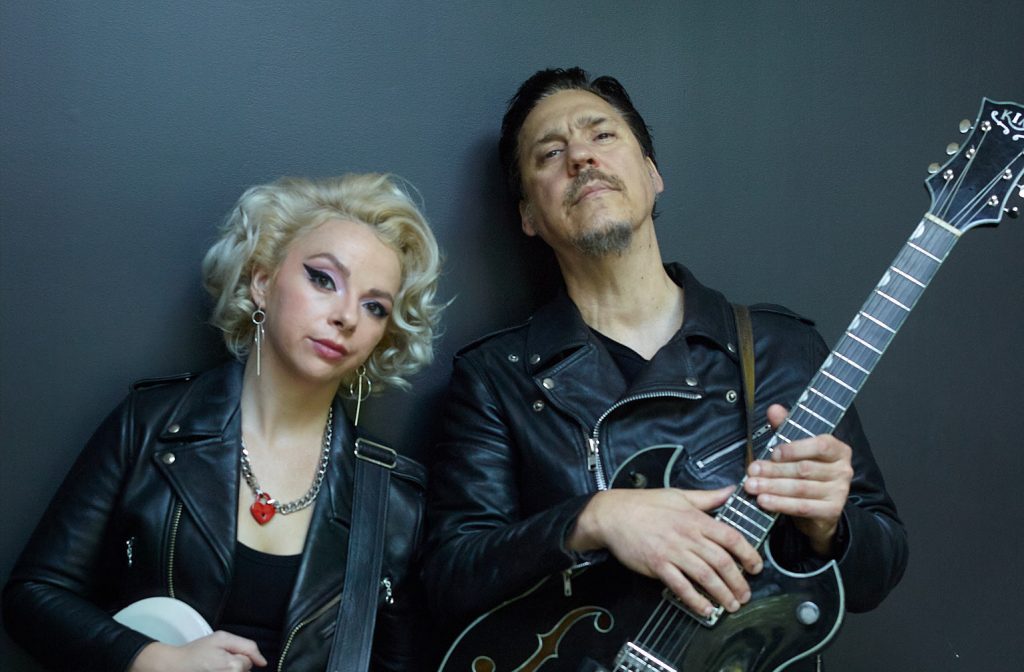 Rock guitar dynamo Samantha Fish and outlaw country badass Jesse Dayton have joined forces for an upcoming album of collaborative music, due out in May 2023 via Rounder Records. Fans of both artists won’t have to wait until next year to get a taste of this wild partnership, however. In December, two cover songs and accompanying videos will be released in conjunction with four special concerts. The newly-formed duo will perform in Los Angeles, Bakersfield, Charlotte, and Durham, with show dates listed below.

An award-winning singer, songwriter, and lead guitarist, Samantha Fish has released six albums over the course of her acclaimed career, with 2019’s Faster and 2021’s Kill or Be Kind both appearing on Rounder Records. “It’s not pure rock and roll, it’s not pure blues, it’s not pure soul, it’s not pure pop — it’s a mixture of everything,” she says of her genre-bending sound, which has regularly taken Fish around the world. A road warrior, she performs 200 shows yearly, both domestically and abroad.

Jesse Dayton has been bringing his unique mashup of East Texas/Louisiana Blues, old-school country, and punk rock to the world since he released his debut album in 1995. Thirteen records later, he remains a staple on SiriusXM’s Outlaw Country and the Americana Radio charts, where his debut LP Raising Cain reached Number 1. Jesse’s career reads like a veritable “who’s who” of American music. He’s toured with Social Distortion, Supersuckers, George Strait, Ryan Bingham, and L.A. punk pioneers, X and has recorded with legends such as Waylon Jennings, Johnny Cash, Glen Campbell, Willie Nelson, and Duff Mckagan from Gun’s & Roses. He’s also recorded three soundtracks for filmmaker Rob Zombie. One can read about Dayton’s storied past in his 2022 memoir, Beaumonster.