"The story of the video (and the story of the record, really), is that I just kept developing these very specific ideas and connecting all the dots that brought them together." 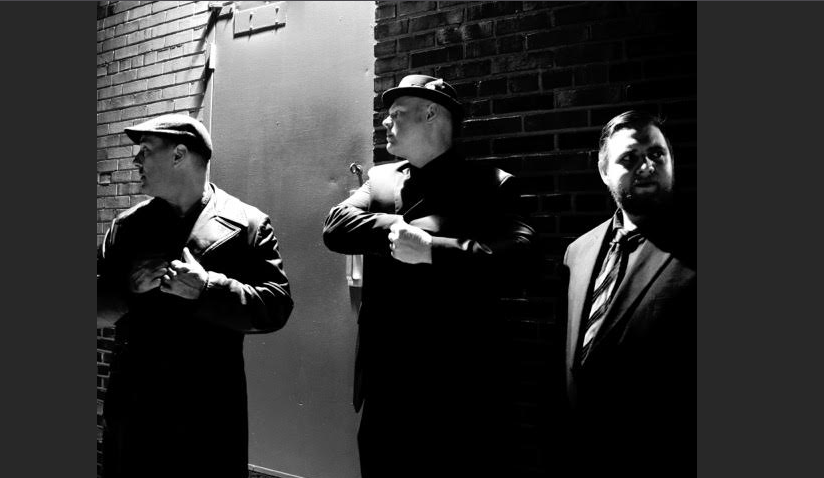 “Red Carpet,” the first video from Big B and The Actual Proof’s debut, The Noir Album, isn’t so much the tip of the iceberg as it is a smoking gun that serves as entry point to a masterfully executed concept album. Inspired by film’s seamiest genre, and filtered through a blues-drenched lens, the record unfolds with 10 tales of bad luck, bad choices, revenge and recrimination brought to life in cinematic audio form.

Led by three-time DMA (Detroit Music Award) nominee Brian “Big B” Burleson, a singer/guitarist with over three decades of wear and tear under his belt, along with fellow Motor City music vets Mitch Sharpe on bass and Erin Pitman on drums, the band paints a hard-boiled sonic picture with just enough foreboding to warrant the occasional glance over the shoulder to make sure you haven’t been followed.

And “Red Carpet” was the starting point.

“This was the first song written for the record; it’s the one that’s been in my head the longest,” notes Burleson. “It was the spark. It took me back to how immersed I’d been in Film Noir during my last couple years of college, and I thought ‘Why not? Why not do a record where all the songs are like this.’ For the video, I had the storyline pretty much mapped out in my head. I wanted to present what’s ostensibly a classic noir tale that also paid homage to one of the great modern noirs, LA Confidential.

“By sheer coincidence, our producer, Peter Jay, happened to have a lot of period-appropriate vintage things in his house that made it the obvious choice for shooting. The office in the video is his office in his house. He didn’t have to do anything other than put on a shirt, tie and hat; he likes that old look.The same with his wife, who stars as Simone. She asked me what we were going for and I referred her to LA Confidential, and that’s her version of Kim Basinger when she’s not ‘on duty.’ The story of the video (and the story of the record, really), is that I just kept developing these very specific ideas and connecting all the dots that brought them together.

“I let myself be guided by instinct and wisdom. Once I did one thing, I had it in my toolbox. Directing and editing the video, I hadn’t done anything like that in 30 years, at least, but if you have the creative drive you can do it. You just need to believe in yourself. This album represents our own noir story of putting together a skilled team to pull off a ‘huge score,’ to unite all we’ve learned individually and execute this badass plan. We have the blueprints, the firepower, and the personnel. Now’s the time to do this.”

Though the primary color might be blue, The Noir Album is a technicolor soundtrack to a black-and-white world and “Red Carpet” is the invitation to come along for the ride.