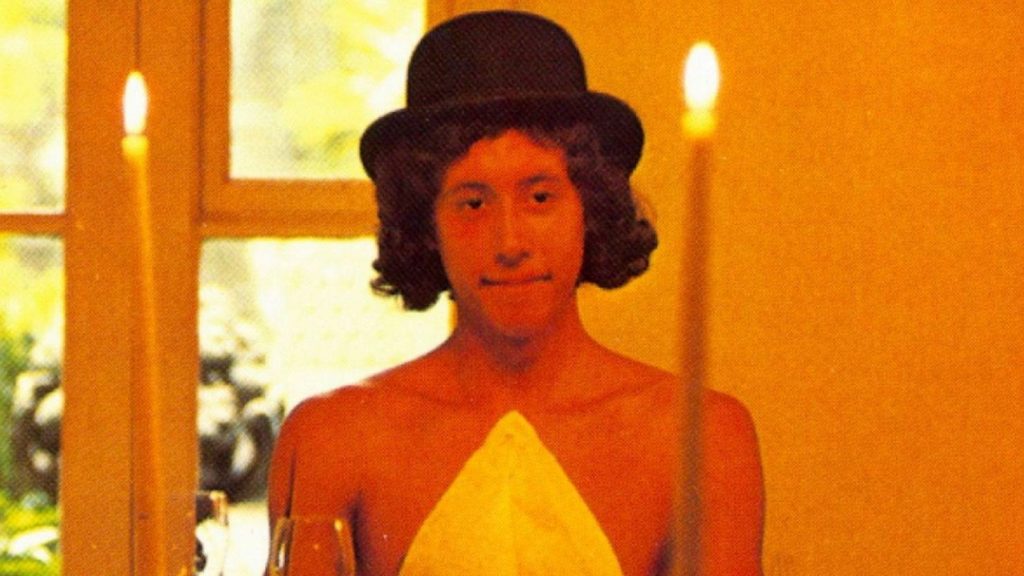 Arlo Guthrie’s “Alice’s Restaurant Massacree” has become a Thanksgiving tradition on radio like The Macy’s Day parade is on TV.  Arlo changed the paradigm of late ’60s folk music with the song.

A lifelong resident of western Massachusetts, Arlo is the son of folk music icon Woody Guthrie of “This Land Is Your Land” fame, and the second of four generations of a musical family whose original take on folk music has been instrumental in evolving the genre, changing the way we look at ourselves as a culture, and has been prescient in setting the stage for the evolution of styles, presentation and the very definition of folk music. 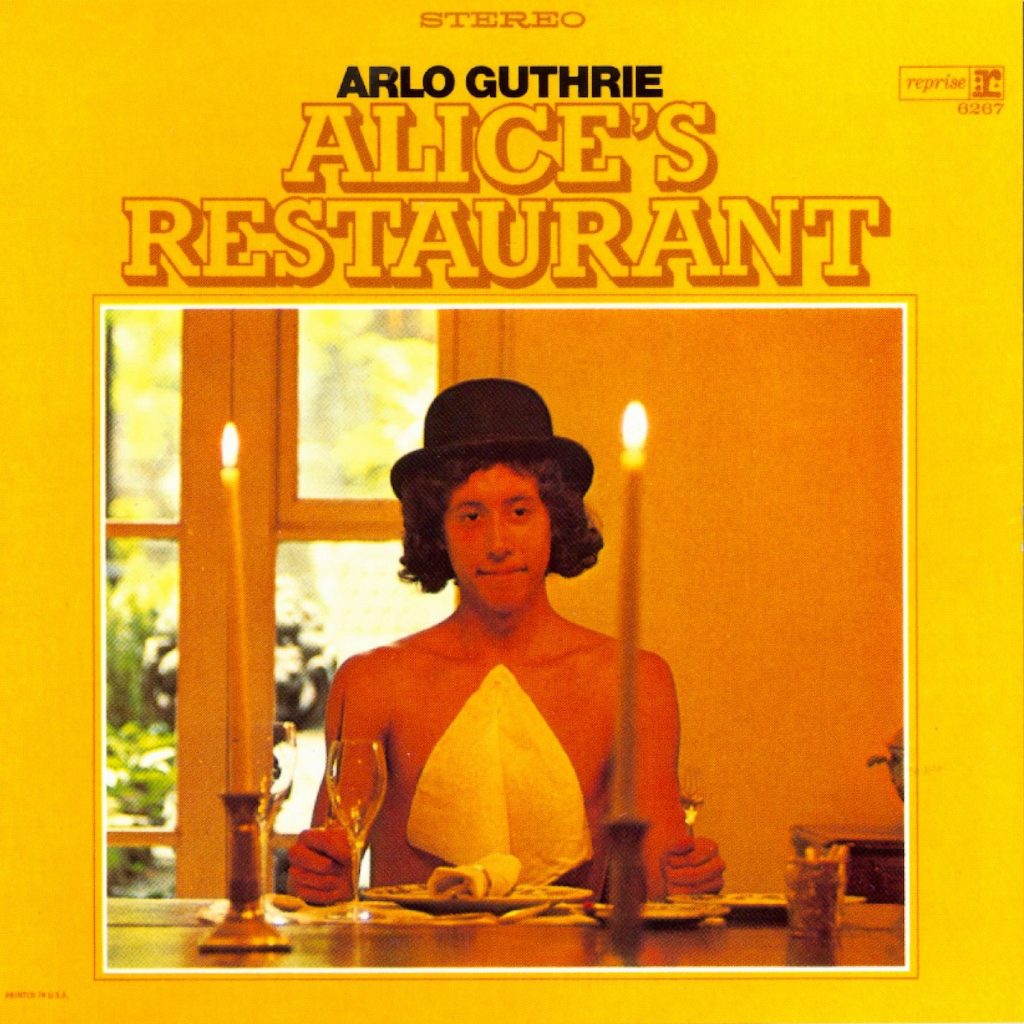 At 18 minutes and 34 seconds long, “Alice’s Resaurant Massacree” released in 1967 took up one side of Arlo’s first of 11 albums in his career. The song took up all of side two of his two-sided 33 1/3 RPM album, Alice’s Restaurant. It was too long to physically fit on a seven-inch, 45 RPM single and six times longer than the average three-minute hit single played on most established radio formats in 1967.

FM radio stations of the day like WNEW in New York and WBCN in Boston were changing from classical music formats to “free form” playlists. They were broadcasting music that reflected the emerging countercultural “underground” sound of the west coast, archival blues, traditional folk sounds, and artists that were the aging survivors of the early ’60s “folk scare,” as Dave Van Ronk described it.

It was here that a 19-year-old Arlo found an audience for his rambling shaggy dog story that connected with a youth culture open to his eclectic folk guitar style, his youthful wink and nod delivery, and his take on the lunacy of a political climate that allowed its young people to be sacrificed in a war they knew we couldn’t win in Vietnam.

The song has become a Thanksgiving tradition with college and countercultural radio stations because the story takes place around Thanksgiving at a time when the local landfill is closed and Arlo ends up dumping his garbage on private property, gets busted for it, pays a $25 fine and avoids the draft because of his criminal record.

“Alice’s Restaurant Massacree” was played repeatedly one night in 1967 by Bob Fass on his countercultural radio show in New York. Arlo’s subsequent appearance at the 1967 Newport Folk Festival in front of 20,000 folk fans led to a contract with Warner Brothers Records. Alice’s Restaurant, the album, went to No. 17 on Billboard’s Top Albums chart, stayed on the chart for 99 weeks and eventually went platinum in 1986.

“Alice” takes place at a restaurant located below artist Norman Rockwell’s studio in Stockbridge. With its chorus of “You can get anything you want at Alice’s Restaurant,” the song became the state’s official song. Arlo and members of his family have long lived in western Massachusetts, and he holds an honorary doctorate degree from Siena College in Loudonville.

If Woody Guthrie captured the heart of the working man’s lot in life and foreshadowed “the folk scare” of the early ’60s, then Arlo Guthrie gave warmth, humor and an Everyman perspective that reached a much larger demographic with his style and youthful exuberance. In the song, Arlo avoids the draft because of his “criminal record,” a $25 fine for dumping garbage. The song brought a sense of levity to American folk music that had up until that time taken itself extremely seriously. Like his father before him, he took a workingman’s disposition toward life that presaged the carefree abandon of the West Coast/Haight-Ashbury commune mentality and brought a rural east coast perspective to life.

Vanity Fair describes the Guthries as “the first family of American folk. They practice what Woody preached.” What Woody preached was a sense of individualism that would come to be appreciated by an emerging youth culture that had found a voice and sense of identity in the lyrics of Dylan who gave focus to what was “blowing in the wind.” But “Alice’s Restaurant Massacree” zeroed in on the stupidity of America’s war effort rather than its diabolic evil. He made “The Man” look silly, and beat the bureaucracy by turning their own rules against them. There was humor in the anecdote about being rejected by the draft because he had a criminal record for illegally dumping garbage.

Woody gave son Arlo his first guitar for his sixth birthday, and Woody got to hear “Alice’s Restaurant Massacree” just before he died of Huntington’s Disease in 1968. Arlo plays a plethora of instruments including sax, violin, clarinet, banjo, autoharp, piccolo and has recorded a total of 11 albums, toured and recorded with Pete Seeger, and created music honoring his dad’s legacy. His version Steve Goodman’s “City of New Orleans” went to No. 18 on Billboard’s Hot 100 in 1972. He performed “Coming into Los Angeles,” his other major charting hit, at the Woodstock Music Festival in 1969.

Arlo bought Alice and Ray Brock’s former home (a church) in Great Barrington and turned it into the Guthrie Center, an interfaith meeting place. Alice Brock was the owner of Alice’s Restaurant. Their home was where the garbage came from. At the time they both were on the faculty of the Stockbridge School that Arlo had attended.