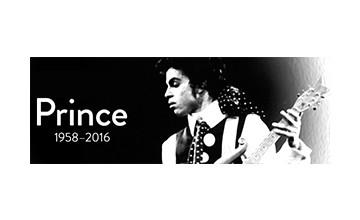 BREAKING: Prince Is Dead at 57

"This is what quality funk and soul sounds like. Remember?"

BREAKING:  Paisley Park in Chanhassen, MN – Prince, also known as “The Purple One” and “His Royal Badness,” has died at the age of 57.

Prince Rogers Nelson, aka, Prince, has been shaping music as well as the social conscience since his first taste of commercial success with his 1979 album, Prince. He would continue to influence the worlds of rock, soul, and even jazz and blues for three decades. Miles Davis once said of him, “He can be the Duke Ellington of our times.”

Like Davis, Prince was not afraid to blaze a new trail. Sign of the Times contained brilliant and brutally honest assessments of life in depressed inner city and poor minority communities with songs like the title track, and “The Cross.” His album Musicology completely reset the funk and soul communities; it was widely seen as a reboot, as if to say “This is what quality funk and soul sounds like. Remember?” He pioneered in other ways as well. His disagreements with record companies are the stuff of legend. He even went so far as to issue discs exclusively at live shows.

As for the music itself, it changed and morphed over the years, yet overall, there was always a sense of quality to it. Prince himself played numerous instruments, and he played them well. His guitar solo during the performance of “While My Guitar Gently Weeps” at the 2004 Rock and Roll Hall of Fame induction of George Harrison is still talked about to this day with awe and reverence. He would seamlessly combine elements of jazz, funk, rock, soul, R&B, blues, and avant-garde into coherent, inspiring excursions that lifted people’s spirits and encouraged them to investigate older music that they had not experienced yet in much the same way Clapton inspired listeners to discover Robert Johnson.

His disciples and protégés include Morris Day and The Time, Wendy & Lisa, The Revolution, The New Power Generation, Sheila E., Vanity 6, Apollonia 6, 3rdeyegirl. By any standard, Prince accomplished so much. He sold over 100 million records, and was inducted into the Rock and Roll Hall of Fame in 2004. He earned 32 Grammy Award nominations, receiving seven. He also earned four MTV Music Awards, and he won an Academy Award for Best Original Song Score for his song “Purple Rain.”