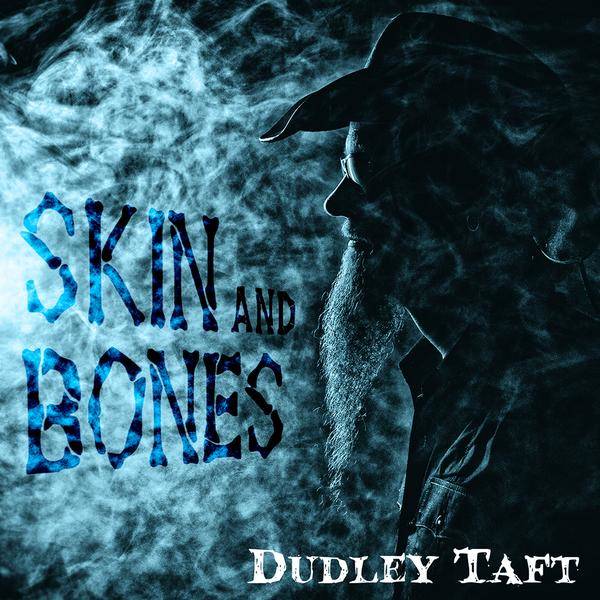 There are dozens of blues/rock bands in the current musical landscape, but hearing Dudley Taft is akin to one's first sighting of Mt. Ranier above his hometown of Seattle.

There are dozens of blues/rock bands in the current musical landscape, but hearing Dudley Taft is akin to one’s first sighting of Mt. Ranier above his hometown of Seattle. At first, its shrouded in a bit of mystery, a little distant, then BANG, it towers over absolutely everything. Much like seeing the half-million year old volcano in person (no picture or video can truly do it justice), the truth of Taft has always been in his live performances.

For that reason, this latest release, Skin and Bones, on his American Blues Artist Group label was intentionally done with a raw, almost live, feel instead of a pristine studio finish. Inspired by the recording practices of Neil Young, Taft says, “…get the song worked up, and use one of the first takes. You can do overdubs, but don’t fuss over the little blemishes. More of the real personality of the song will come through”.

With Taft on guitar and lead vocals, Jason Patterson on drums and John Kessler providing the bass, the album was recorded in Taft’s home studio over three sessions lasting a year. They worked out the arrangements on the fly, with the rhythm section right there and then overdubbed some stuff later. The “some stuff” includes lofting background vocals by Rachel Williams and Ashley Christensen as well the legendary organ work of Double Trouble veteran, Reese Wynans.

Taft, himself, is a gear head rock and roller whose previous projects had straight up rock hits and toured with acts such as Candlebox and Alice in Chains. However, he has a deep love and respect for more traditional blues artists including Elmore James, Lightning Hopkins and Hubert Sumlin. He also tends to empathically absorb the feelings of the places he visits and people he meets, using them as seed for future writing. This fourth album from the band clearly displays this outlook.

From the opening title track which emits the atmosphere of New Orleans’ French Quarter and “Lonesome Memphis Blues” projecting his feelings of visiting the great music city and birthplace of funk, R&B, blues and rock and roll, without his wife by his side, the tone is set and you begin to hang on to your seat for what will surely be an E Ticket ride.

The true to form, Texas flavored cover of Johnny Winter’s “Leland Mississippi Blues” is a tribute to the master blues/rock guitarist, whereas “Fuzzy Dice” is an homage to the good luck charms, originally used in World War II bombers, that graced the rearview mirrors of hot rods for decades and “Ain’t About the Money” ponders the question of how tough it may be for a gangster to leave the lifestyle.

With all his hardcore, expletive-spitting, razor sharpness, Taft is also a loving husband and pays deference to his wife in song, including “Without You” and “Mojo Woman” without losing even the smallest bit of gleaming keenness for which he is both known and loved.

Skin and Bones is chock full of intimate nuances as well. Taft’s use of different playing techniques and styles, his combination of finger and flat picking, complicated jazz chords, use of the slide, a Buzzmaster fuzz pedal and even over the counter pill bottles as shakers all add to the warts and all milieu. His inspirations come from sources as varied as his playing. Led Zeppelin, Queens of the Stone Age, ZZ Top and a bit of “Space Cake” all seem to have lent a hand in the writing.

To us, Skin and Bones is an oxymoron, intentional or not, for this album. Dudley Taft may have trimmed some fat, but there is still plenty of meat to go around the table. Released on October 16th, Skin and Bones should be at the top of your to-get list.