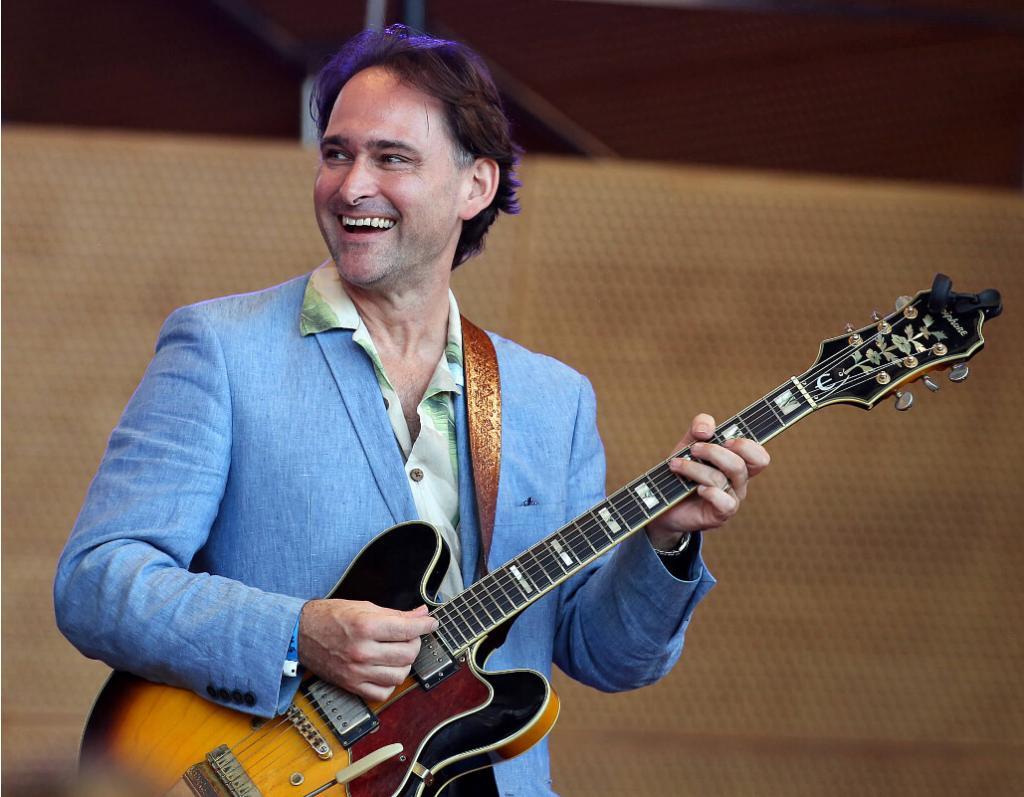 Set for release on the Delmark label June 19th, No Border Blues is the first ever American compilation of the Japanese blues scene.

Johnny Burgin started his career in the rough and tumble neighborhood blues joints on Chicago’s West Side with Howlin’ Wolf disciple Tail Dragger, and went on to tour and record with blues legends such as Pinetop Perkins, Sam Lay and Billy Boy Arnold. He earned the moniker “Worldwide West Side Guitar Man” by performing up to 250 shows a year in Europe, Japan and coast to coast in the US. It was his trips to Japan that sowed the seeds of No Border Blues. 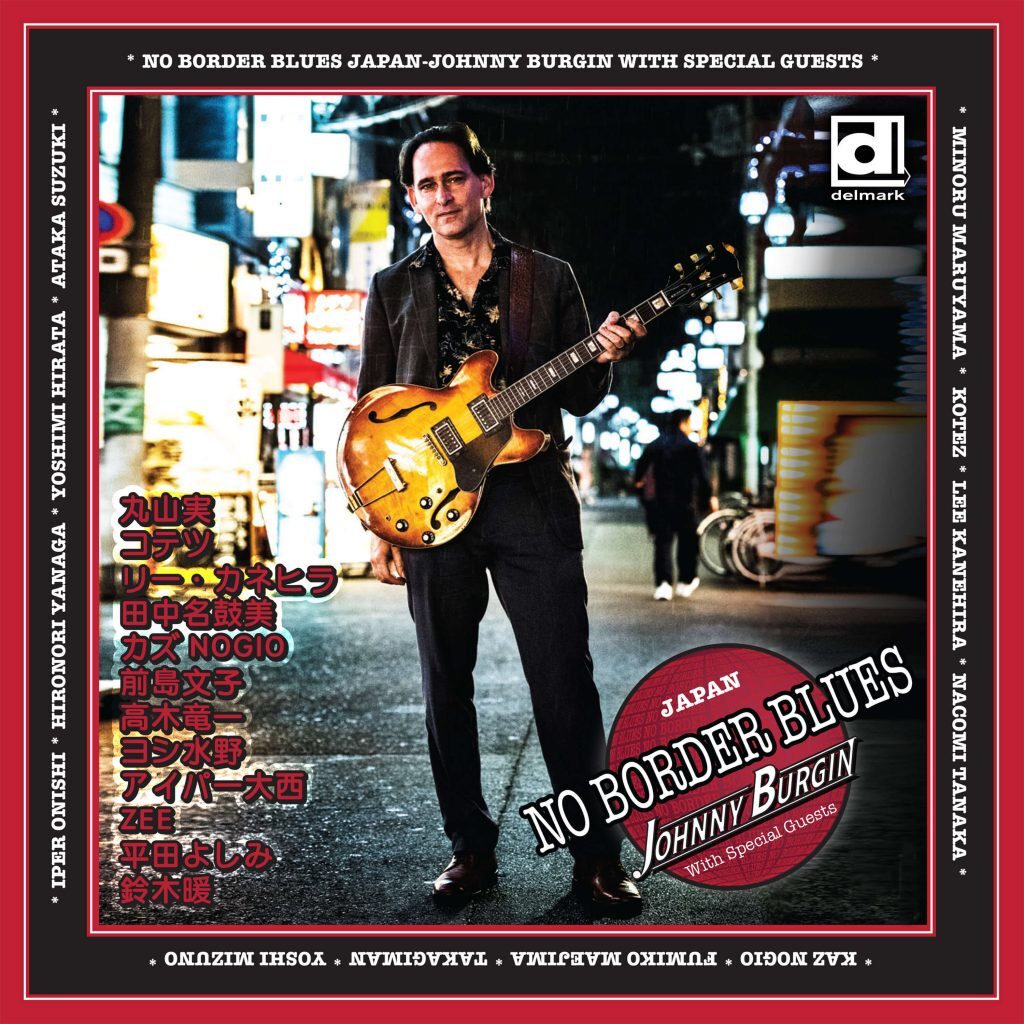 Set for release on the Delmark label June 19th, No Border Blues is the first ever American compilation of the Japanese blues scene. Burgin has toured Japan four times since 1996 and he drew on his long relationships with Japanese artists both in Japan as well as in Chicago to produce this recording. Johnny sings a few songs and contributes guitar throughout, but he very much puts the spotlight on the remarkable and inspiring playing of his Japanese peers.

‘No Border Blues’ is a result of cherry picking just some of my favorite players from several tours in Japan over a twenty year period. I also included a representative of an elite group of Japanese blues players who immigrated to Chicago and by hard work, talent and persistence, earned their way into some of Chicago’s top blues bands.

Throughout my time in Japan, I was struck by the selflessness and discipline that so many Japanese musicians displayed. The artists on ‘No Border Blues’ don’t worry about being nominated for awards, because there aren’t any. They don’t compete for gigs, because practically nobody plays music for a living. I hope that their spirit, attitude towards their craft, and soul will refresh, intrigue and impress you as much as it has me over the years, and that the rest of the world will come to know some of the hidden treasures of Japan’s underground blues scene.

The album kicks off with the Carey Bell penned “One Day You’re Gonna Get Lucky.” A great track made even better with the addition of Iper Onishi on vocals and harmonica, who sounds hauntingly similar to Junior Wells in both voice and harp style. Burgin’s guitar is augmented by fellow guitarist Yoshi Mizuno, the two playing off one another perfectly.

The blues in Japan is not a new thing. 1970’s Japanese tours of Chicago blues legends Otis Rush, Jimmy Dawkins, Eddie Taylor, and others created a small but intense Japanese blues scene that bursts over with talent three generations and over forty years later. Burgin has captured that talent, bringing in 14 artists from Osaka, Tokyo, and Kyoto.

“Sunnyland” is a stand out track. We first hear Burgin’s vocals on this song, and this time the harp is provided by Kaz Nogio, breathing new life into the Elmore James classic. “So Crazy About You” is a sweet duet with Nogio and pianist Lee Kanehira sharing the vocal duties.

“Hurry Up Baby” is the first Burgin original track on the album. A rough-around-the-edges West Side shuffle with Nacomi Tanaka on vocals is what we expect from Burgin. His early Mississippi and Chicago influences are on full display on this rockin’ tune.

The pace of No Border Blues stays lively with the the Kanehira composed “Pumpkin’s Boogie,” and their take on Little Walter’s “I Just Keep Loving Her (Mada Sukinanda).” Wait. Is that “Hound Dog” I hear? Nope. It’s “Rattlesnake,” the song written by John Brim and recorded on the Checker label in 1953. Burgin has a whole lotta experience with this song as he was part of Brim’s backing band, The Ice Cream Men at the Chicago Blues Festival in 1991. The songs are spot on, Windy City approved.

Another Burgin original, “Old School Player,” comes across shiny as a brand new dime. The slow drag “Two Telephones,” is perhaps the most “American” track on the record with Burgin doing vocals, Stephen Dougherty on drums and Chris Matheos on bass. But once again the absolutely filthy guitar work of Minoru Maruyama channeling a young Buddy Guy is the key component.

The final two tracks are perhaps my favorites on the album. Composed by Kaz Nogio, Kotez, and Iper Onishi, “Samurai Harp Attack” is nearly six minutes of instrumental bliss. These three harp masters go at it, head to head, trading licks and complimenting each other’s playing. During a break in the harp action, the artists talk to one another in the studio. Although I have no idea what they’re saying, they come back even stronger afterward getting the bystanders to clap their hands along. I’m not sure which artist it is but one of them even let’s out some very cool whoops reminiscent of the great Sonny Terry. If you’re a fan of the blues harmonica, and let’s face it who isn’t, this song is for you.

The final cut is just fun. Burgin takes another writing credit by putting his own adaptation to a Robert Johnson classic. “Sweet Home Osaka” is a Blues Brothers-ish production in the sense that all the harp players join in, and Burgin trades off lyrical verses with Kotez, and Nacomi Tanaka. It’s a show stopping performance placed perfectly at the end of the album, so that you want to flip it over and drop the needle again.

Produced by Stephanie Tice, No Border Blues was recorded at Fukuda Studio Osaka Japan, on May 2, 2019 and mixed and mastered by Steve Wagner at Delmark’s Riverside Studio in Chicago. Delmark Records was there at the beginning of the Japanese love affair with hard-hitting Chicago blues, releasing Otis Rush’s So Many Roads, recorded live in Japan in 1975. Many of the attendees at that show were so inspired that they went on to become Japan’s first generation of blues musicians, and to serve as inspiration to the younger artists featured on No Border Blues.

To put it plain, this Far Eastern inspired album from West Side bluesman Johnny Burgin is a keeper – and then some. You can pre-order No Border Blues here. 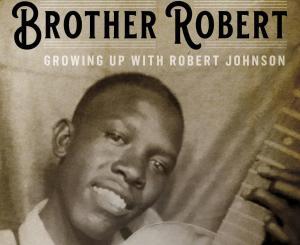 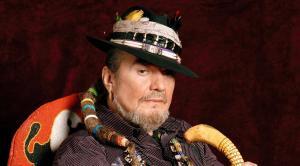 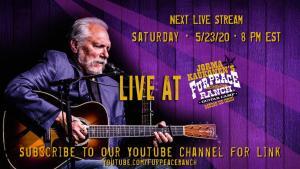 Never a dull moment at the Fur Peace Ranch!