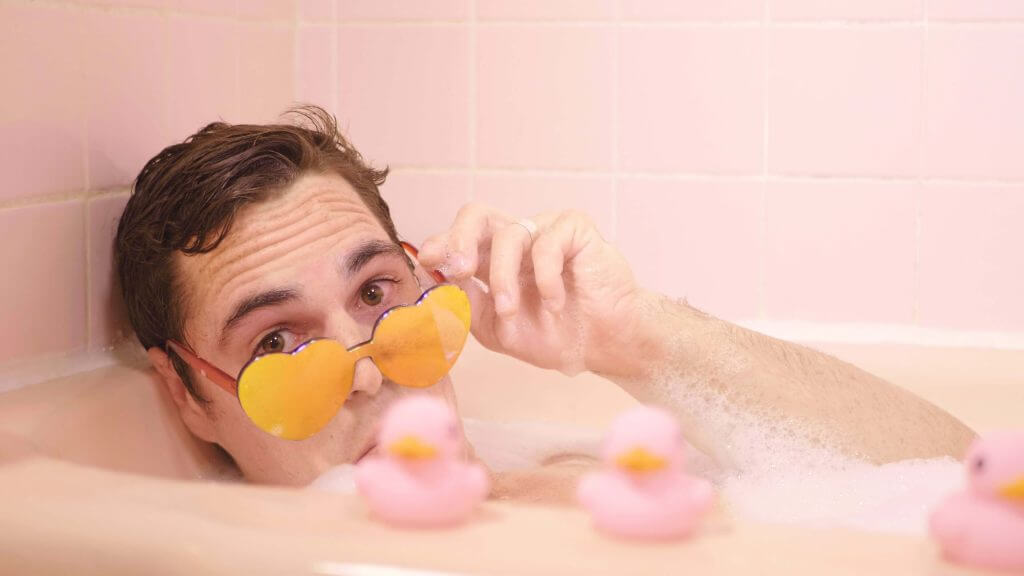 Robertson's distinct, youthful voice is the catalyst for his creative lyrics, and genius multi-instrumental playing.

Like New Orleans itself, the music of Ric Robertson is a swirling blend of sounds, traditions, and stories that form something completely distinct. So it is with his latest offering, a 4-song EP he calls Strange World.

On Strange World Robertson pays homage to funk masters George Clinton, Sly Stone and Dr. John, not by covering their songs, rather by finding the trance element of them and creating something brand new.

There’s trance music, the visceral dance approach to playing, like the old-time fiddle music I grew up playing or New Orleans funk, and then there’s the crafted narrative and poetic storytelling of a song. I really am equally into both and they’re different muscles to exercise. But to really turn to New Orleans, in terms of the one thing that I get out of the Cajun and zydeco music, New Orleans funk, and R&B, is this rhythmic trance element that I find to be completely parallel with old-time fiddle music from North Carolina and Virginia and where I grew up. – Ric Robertson

While Ric’s 2018 debut album The Fool, The Friend was a mixture of aforementioned old-time fiddle music, folk, and Americana, Strange World dives head-long into the funk. Through touring with Rhiannon Giddens, playing with the Woods Brothers, and as a member of Lucius, the North Carolina native’s multi-pronged approach to music crystallized in the barrooms and sidewalks of New Orleans. Robertson’s distinct, youthful voice is the catalyst for his creative lyrics, and genius multi-instrumental playing.

From the Caribbean meets second line vibe of “Got Soul,” through the Funkadelic-esque title track, the politically charged, robotic “Donny B. Gone,” and finally to the bawdy “Louisiana Love Thing,” where Robertson raises the ghosts of Dr. John and Professor Longhair, this is a fun, uplifting offering.

As much as we’d love to hear another full-length release, and hope that the four songs on Strange World are a teaser of things to come, for now, we’ll take it; and play it ’til the needle falls off.