As the Mississippi River continues to swell and flood homes, towns, and farmland in the Mississippi Delta, the birthplace of the blues, grave dangers loom for residents downriver, where the swelling is slowly marching it’s way towards thousands of homes in Louisiana, and still destroying many more in Mississippi.

The flood levels in Vicksburg, Mississippi, located at the bottom of the Mississippi delta, is at a current level of 54.7 feet, rapidly approaching the previous record of 56.2 feet, set during the Great Flood of 1927. The 1927 flood, which inundated 27,000 square miles and killed over 1,000 people, was the most destructive in American history. In Vicksburg, the water hasn’t crested yet, and has been predicted to gain almost three more feet, further soaking the already partially underwater city.  In Natchez, the Corps of Engineers is predicting a 64 feet crest, shattering the 58.4 foot record set in 1937’s massive flood. A 64 foot crest means that the river is 64 feet above it’s normal level. For reference, that much water would be over the top of a six story building.

The Army Corps of Engineers is soon expected to make a decision on whether to open the Morganza Spillway, located between Natchez, Mississippi and Baton Rouge, Louisiana.  On Friday, Louisiana Gov. Bobby Jindal said that it is “extremely likely” the spillway will be opened by Saturday night or Sunday morning at the latest. Opening the spillway will flood thousands of acres of low-lying farmland, homes, swamps, and towns in rural Louisiana, but will largely spare New Orleans from a highly destructive flood. The rural flooding, if the Corps does decide to open the spillway as many predict, is expected to exceed 15 feet in many areas, 25 feet in others. The swell, which has already reached Louisiana, will begin widespread flooding throughout the next two days.  In the top northeastern corner of Louisiana, Bunche’s Bend levee has already been overcome with water, destroying over 12,000 acres of farmland.

Much of the expected flood area is known as Cajun country. Cajuns, while often living in rural and low-lying parts of Louisiana, have made a mighty impact on the unique culture of Louisiana for hundreds of years. The Cajun and Creole people are well known for giving birth to and playing Zydeco music, an often fast-tempo, violin heavy, upbeat music that uses anything from washboards to accordions. Zydeco can often be heard in and around New Orleans. The Cajuns also have greatly contributed to Louisiana’s excellent reputation for it’s unique cuisine, often using alligator, crawfish, and other unique wildlife that can be found in the area.

Many Cajuns live in very rural townships, and some have lived in the area for generations. A large number of inhabitants of the expected flooding region largely live off of the land and the nearby swamps, and flooding of this unprecedented magnitude has the potential to irreversibly damage their way of life, in addition to destroying their homes and land.

Included in the Corp of Engineers’ flood predictions is the Atchafalaya Basin area, located below and to the west of New Orleans. Many are familiar with the Atchafalaya Basin; the popular History Channel show “Swamp People” is filmed there. “Swamp People” follows a number of Cajuns who’s primary occupation and economy revolves around alligator hunting in Louisiana’s many bayous. That area is well within flood dangers in the coming days. 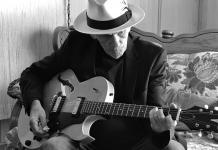