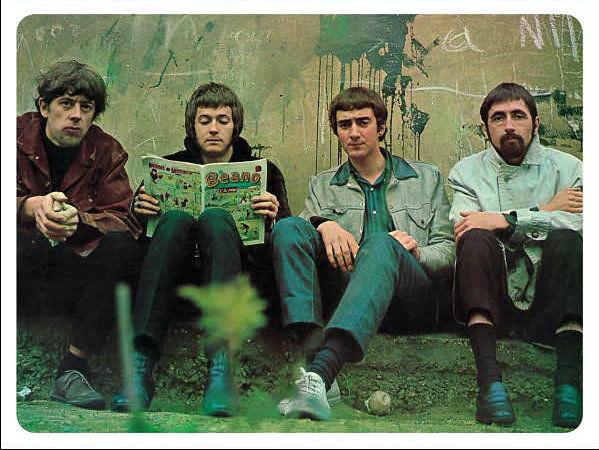 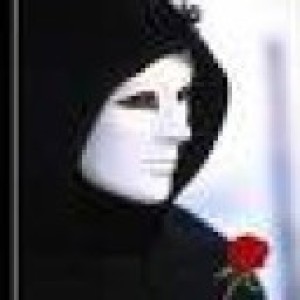 A special thank you to Marie Trout for this article.

The 2013 Classic Rock Awards were held in a venue known as The Roundhouse in London, England. The Roundhouse was built in the mid-nineteenth century as a steam engine repair shed with a giant turntable; hence the circular shape of the building. Anyone  who has ever been a fan of Thomas the Train knows that the roundhouse was a building at the end of the track that allowed for the steam engines to be turned around, repaired and refurbished for the return journey. And it is in a sense a fitting location to hold a get-together for people that serve as the engines for today’s Classic Rock to enjoy a little mutual inspiration, recycling, and joint celebration.

But where in this picture of frolicking rockers does blues guitar playing Walter Trout fit presenting an award to his friend and former boss, sometimes referred to as the godfather of British blues, John Mayall?

At the end of the line, every Classic Rock tune ever written is indebted to the blues. The nuts and bolts that hold them together are there because the blues was there first; tellin’ and playing’ it like it is. Every rock tune thus has an umbilical cord that ties it directly to the blues players that invented and re-invented this music: the genius of Muddy Waters, Howlin’ Wolf, who according to Sam Philips gave voice to where the soul of humankind begins. The screaming emotion of Son House and Blind Lemon Jefferson, the flashy, yet tormented, performances of Charley Patton. This of course goes all the way back to when W.C. Handy synthesized, named, and formalized the blues out of the sounds of what was sizzling and bubbling from the African-American people in the fields and streets around the American Delta region in the early part of the twentieth century. Another part of the blues is the reckless abandon and sense of self-destruction exemplified by Robert Johnson, that connects him with the image of hard-living and young-dying rock ‘n rollers; here recently incarnated by Amy Winehouse, who used to roam the streets of Camden in search of more dope to numb the torment – ironically in the very neighborhood outside the Roundhouse.

And so for many reasons, it was a nice gesture that the award this year for Classic Album went to John Mayall’s “Beano” album featuring Eric Clapton. And Walter was of course thrilled to present the award.

Mayall was one of the virtual flesh-and-blood turntables that helped send the blues back down the track in the early sixties and thus helped to create the foundation for a new kind of British self-discovery through this powerful and liberating style of music. Pivotal to Mayall’s discovery of the potential of the blues was the intuitive foresight of fellow Englishmen Chris Barber and Alexis Korner, who brought American gospel and blues performers to shores far from its American homeland. Here, some young British music lovers, who grew up during the Great Depression and WWII, discovered a deep resonance within them that allowed them to connect with the sounds emanating from a tradition born in the shadows of slavery, sharecropping, and oppression. The blues spoke to them in a language of human commonality; it spoke of a universal longing, a quest for experience, and a need to just leave behind the restrictive shackles of repression and fear.
And here now in 2013, at the Roundhouse in Camden, London to present this award among rock ‘n roll elders like Jimmy Page, Ozzy, Tony, Geezer and rock bands formed in the new millennium such as The Darkness and the winner of Best New Band, the Temperance Movement, Walter took to the podium feeling both out of place and yet strangely at home. As an alumni of the Mayall finishing school for great musicians that alongside Eric Clapton also includes Peter Green, John McVie, Mick Fleetwood, Mick Taylor, Cocoa Montoya, and many more, Walter exemplifies one of the many tracks that have since spawned from this infusion of the blues, many of which have run parallel with rock – often to cross over to merge with other side lines.

Standing on the podium, Walter was able to invite to the stage the all-important yet often overlooked grand father of British Blues, Chris Barber and pay tribute to how he had the vision to bring over Muddy Waters, Sister Rosetta Tharpe, and others. Then Walter proceeded to honor those who “devote their life to playing the blues, because it is in their blood and it feeds their soul, and they f….’n love it more than anything”. After this tribute, he brought out Mayall, who like both Barber and Walter got a rousing applause from the crowd of rock ‘n roll luminaries. Mayall has been strangely overlooked when it comes to winning awards for his contributions to the modern music scene. Most interviews with him inevitably center around the legions of musicians  whose careers have been started or furthered in his band. And Mayall obviously has a keen ear for talent and for putting together players but he is also an expert at synthesizing tradition with new creation, as well as having a multifaceted musical talent himself. So Mayall finally winning this award was long overdue!

And maybe the fact that the award finally came from the Roundhouse of Classic Rock might be entirely appropriate? It is after all in the waking trance states of rock that the blues may have had its widest impact on the musical landscape of contemporary times. And here in constant generation and regeneration, the tradition of the blues keeps comin’ on down the track, reaching the apparent end of the line only to be spun around and sent off again in new and ever-changing ways for new generations yet to come.  – Marie Trout