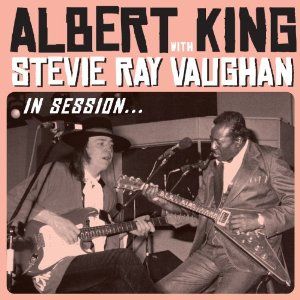 Editor’s note: Please welcome the newest addition to American Blues Scene online: “This Week in the Blues”! You asked for a weekly summary of our daily blues history on Facebook and we listened! Come visit each Monday, where we will be listing the top ten events in blues history in chronological order.

This Week in Blues Past has some HUGE landmarks involving a handful of the BIGGEST names in the blues! Discover the anniversary of a blues harmonica great’s first session, the poisoning of the father of delta blues, the far-too-early passing of one of blues’ all-time greatest guitarists, and TWO of the biggest landmark get-togethers in blues history. This is the top ten things that happened this week in the blues…

August 11th, 1984: Rhythm & Blues singer and prolific songwriter, Percy Mayfield died in California of a heart attack just one day before his 64th birthday. Mayfield had a smooth vocal style but was best known for the songs he wrote, including “Hit The Road Jack” and “Please Send Me Someone to Love”. He was posthumously inducted into the Blues Hall of Fame in 1987.

August 12th, 1955: The first recording session of Sonny Boy Williamson II (Alex “Rice” Miller) for Chess Records took place in Chicago, Illinois when he recorded the single, “Don’t Start Me To Talkin'”. Although he had played the King Biscuit Time Show on KFFA in Helena, Arkansas since 1941 and recorded for Trumpet Records in Jackson, Mississippi since 1951, it was with the Chess subsidiary, Checker, where this wizard of the Blues harmonica enjoyed his greatest success from 1955 to 1964.

3. August 12th, 1997: Blues guitarist and singer who had been dubbed “The new king of the Blues” and “The Bruce Springsteen of the Blues”, Luther Allison died of lung cancer just 5 days before his 58th, birthday in Madison, Wisconsin. A native of Widener, Arkansas, he began playing a diddley bow at age 10. He was “discovered” eight years later when Howlin’ Wolf invited him to play with him on stage in 1957. Allison went on to record for several labels, including being one of the very few Blues artists to record for Motown. During his career he won no fewer than 8 Blues Music Awards and 15 Living Blues Awards. He was inducted into the Blues Hall of Fame in 1998.

August 13th, 1938: Legendary Delta Blues guitarist and singer, Robert Johnson, played a show at a roadhouse outside of Greenwood, Mississippi. Although many different stories of his death have been circulated, it is predominantly speculated that he was given poison whiskey by a jealous husband on that night, causing his death 3 days later at the age of 27. Johnson is known as one of the premier guitarists of his day and as a major influence on an uncountable amount of artists to follow.

August 13th, 1942: Drummer turned guitarist, Frank “Son” Seals was born in Osceola, Arkansas. The son of a juke joint owner, Seals’ professional career began as a drummer for Robert Nighthawk. By the age of 16 he had switched to guitar and was playing with artists such as Albert King, Rufus Thomas, Bobby “Blue” Bland and Junior Parker. After moving to Chicago in 1971, he was discovered by Alligator Records founder, Bruce Iglauer, playing at the Flamingo Club. He went on to record 9 albums for Alligator and 1 for Telarc during his career, winning multiple Blues Music Awards along the way. He died in 2004 from diabetes and was posthumously inducted into the Blues Hall of Fame in 2009.

August 15th, 1930: R&B singer and saxophonist, Jackie Brenston was born in Clarksdale, Mississippi. Although playing with artists such as Lowell Fulson and Earl Hooker later in his career, he will always be known as the singer of what many consider to be the first Rock & Roll song, “Delta 88”. He was part of Ike Turner’s band, The Kings of Rhythm at the time of the recording in Memphis, Tennessee in 1951, however, Sam Phillips passed the recordings on to Chess Records in Chicago, who released “Rocket 88” as by ‘Jackie Brenston and his Delta Cats’ instead of under Turner’s name. The song went to #1 on the charts and stayed there for a solid month.

August 15th, 1958: The man who went from Country Blues to Urban Blues (before WWII) and back to Country Blues again and who paved the way in Chicago for artists like Muddy Waters and Howlin’ Wolf, Big Bill Broonzy died of throat cancer in Chicago, Illinois. Broonzy started out as a fiddle player in Pine Bluff, Arkansas, switching to guitar when he made it to Chicago in 1920. His first recordings were for the Paramount label in 1930. When the urban Chicago Blues sound was beginning to make a big splash in the 1950s, Broonzy began touring with Folk artists such as Pete Seeger, Sonny Terry and Brownie McGhee. Broonzy was a member of the first class of inductees into the Blues Hall of Fame in 1980.

August 16th, 1932: Legendary Chicago disc jockey and music promoter, Pervis Spann was born in Itta Bena, Mississippi. Spann moved to Chicago after serving in the Korean War and went to work for WOPA in 1959. He organized his first concert featuring BB King and Junior Parker in 1960. He went to work at WVON, owned by the Chess brothers, in 1963. During the 60s he also managed the careers of several leading Blues and Soul performers including BB King. He claimed to have a role in the discovery of The Jackson 5 and Chaka Khan as well. He was inducted as a non-performer in the Blues Hall of Fame in 2012.

August 17th, 1999: Stax Records released the live album, In Session, by Stevie Ray Vaughan and Albert King. It was recorded on December 6th, 1983 at CHCH-TV in Hamilton, Ontario, Canada. Initially King did not want to be a part of it until he realized that Vaughan was ‘Little Stevie, the skinny kid’ that King let sit in with him when he was playing in Texas. The album won Blues Music Awards in two categories (Blues Album of the Year and Contemporary Blues Album of the Year) in 2000. 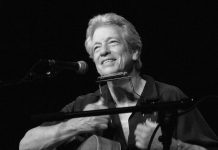