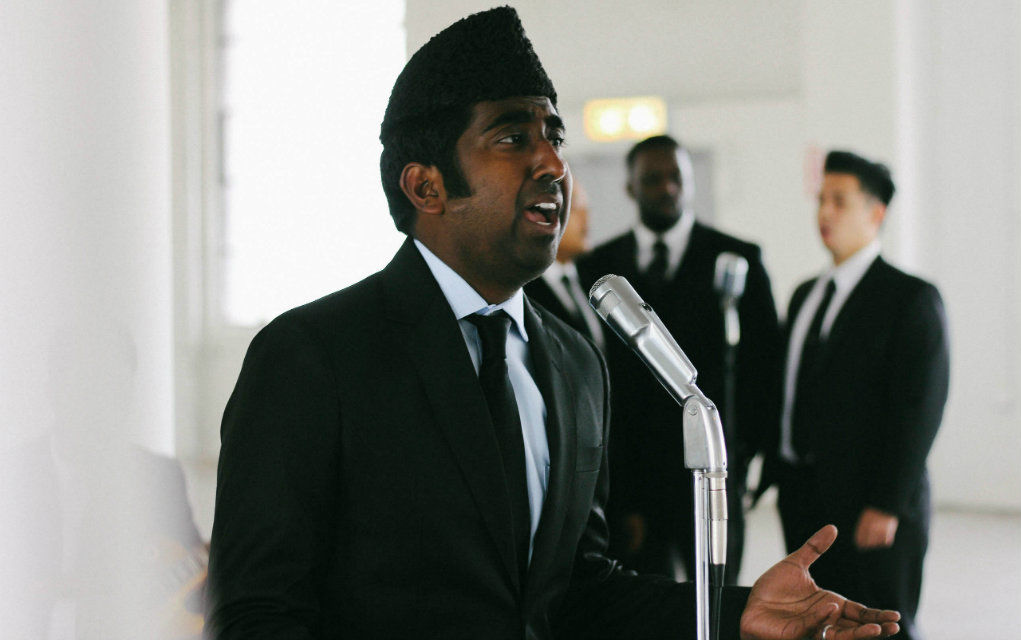 The writing, and performing of protest songs has a long, rich history, the world over. Examples, in American blues, include Leadbelly‘s “Bourgeois Blues,” and Big Bill Broonzy‘s “Black, Brown, and White.” During the Civil Rights Movement of the 60s and 70s, soul artists including Sam Cooke, Otis Redding, James Brown, and Nina Simone, put pen to paper, and voice to tape, sharing their opposition to America’s status quo. Now, comes Zeshan Bagewadi, and his album, Vetted.

His debut record, Vetted is a protest album that combines Indo-Pakistani sounds with classic soul music. It hit the streets on April 7th, via Minty Fresh. Zeshan B is a first generation Indian-American, Muslim, and Chicago native, who sings and plays the harmonium.

Born to Indian Muslim immigrants, Zeshan B’s musical identity was shaped by his parents’ love of Indo-Pakistani music. The film, folk and classical sounds of their homeland was the soundtrack to his young life. However, his father, having been one of the few journalists in India to cover the Civil Rights Movement of the 1960s and 70s, was immensely fond of blues, soul, and R&B music.

The advance single, “Cryin’ in the Streets,” has been described as “an anthem for modern protestors.”