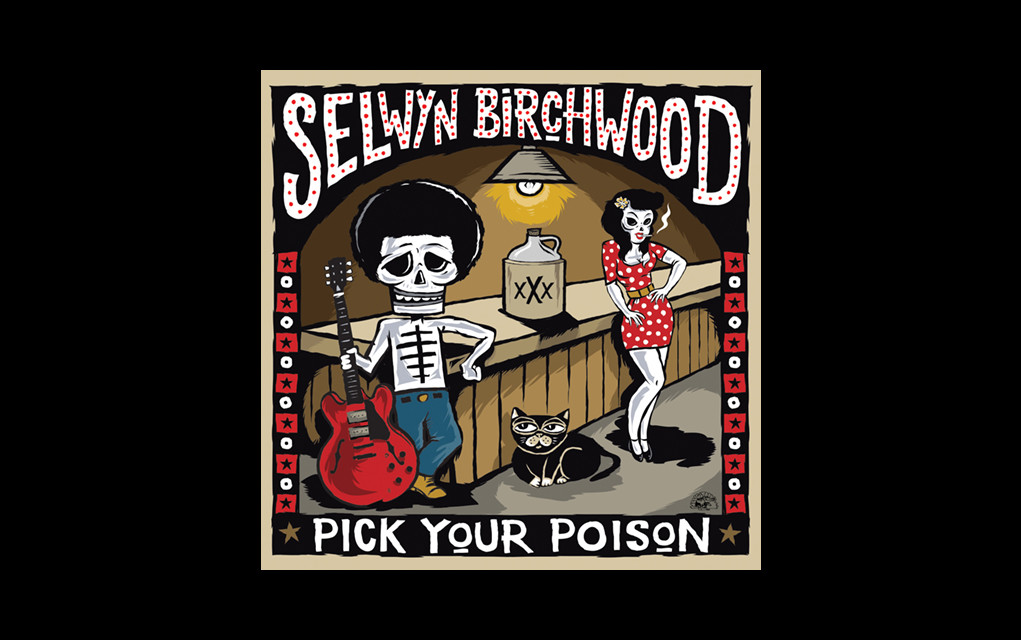 Florida native Selwyn Birchwood has been on a roll these last four years. In 2013, he won the International Blues Challenge for Best Band, beating out over 120 top acts, and he also won Best Guitarist. Alligator Records label signed Birchwood shortly thereafter.

Selwyn’s debut album with Alligator Don’t Call No Ambulance, was released to critical acclaim in 2014. The album won the 2015 Blues Music Award for ‘Best New Artist Album,’ and Living Blues Critics’ Award for Best Debut Album Of 2014. in 2015 he also won Blues Blast Rising Star Award. The Selwyn Birchwood Band has been touring vigorously the past couple of years, bringing their unique brand of contemporary blues around the world.

May 19th ushers in the next chapter of Birchwood’s exciting career when he releases his sophomore album on the Alligator Records label, Pick Your Poison. The album features 13 original tracks, all written Birchwood. He is joined by his stellar band, Regi Oliver, Huff Wright, and Courtney “Big Love” Girlie, who along with Selwyn ably bring this hard hitting, powerful music to life. With his gritty vocals and robust guitar lines, Birchwood is at the forefront of contemporary blues players bringing this revitalized genre to a new generation.

“Even the Saved Need Saving” is the first single from the upcoming album, Pick Your Poison.

Pick Your Poison by Selwyn Birchwood