Janiva Magness to Perform to Help a Teen in Need 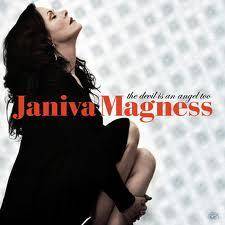 The blues community at large, in all of my experiences, is a group of people that often times care deeply about their fellow men and women. The charity and penchant for helping one another is one shining character trait that often distinguishes the blues community. Janiva Magness is among those ranks, headlining a charity benefit to aide an ailing teenager in need with a very life-threatening condition.

Kaitlyn is a 14 year old girl who was diagnosed with Steven Johnson’s Syndrome, which they think comes from adverse drug reaction. She initially had flu-like symptoms, but it quickly spiraled into a nightmare. She’s now in a fight for her life, with boils and blisters both inside and out, and has to be attached to a feeding tube. Her family is unable to handle the cost of healthcare. Friends across the world have come together in Hollister, Missouri to put on a benefit for Kaitlyn and blueswoman Janiva Magness is headlining the show!
Magness won the Blues music Award for B.B. King Entertainer of the Year in 2009 and has been tearing up the blues charts ever since! Her unique, earthy voice is unequaled and her albums are rich and interesting. The event is Monday, October 25th at 4:00 PM, with an auction, a BBQ dinner and, of course, our favorite blueswoman Janiva performing.
To see the full Press Release and read about Kaitlyn’s condition, click here
If you’re unable to attend but would like to donate to this worthy cause, see the address below! Individuals and groups who wish to make a contribution to the Silent Auction or a cash donation may do so by forwarding their contributions to:
Campaign for Kaitlyn
Hollister Area Chamber of Commerce
PO Box 674
Hollister, MO 65673
www.hollisterchamber.net