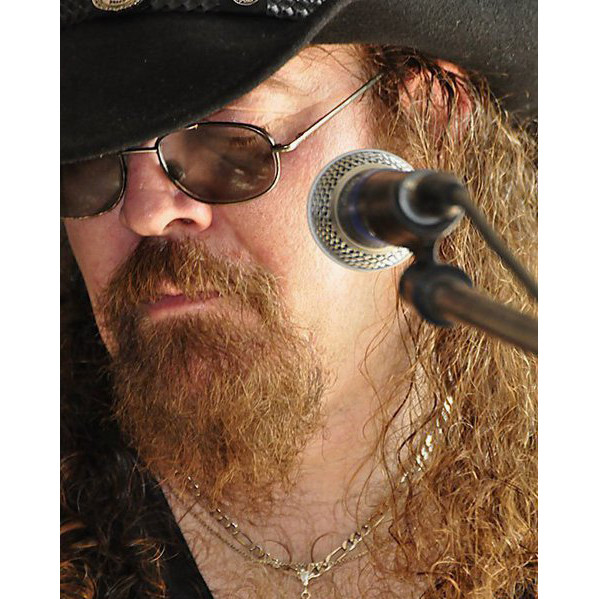 Share
Facebook Twitter LinkedIn Pinterest Email
We managed to get a few minutes to sit down with Lee Pons, who’s album Big Boogie Voodoo we recently reviewed. Lee is a character, to say the least, and it was a lot of fun to get some face time with the rising star in blues piano. Here’s what he had to say!

Lee, you Your new CD “Big Boogie Voodoo” is really starting to make huge waves in the blues world and getting some big time notice. Tell me all about what‘s been going on?

Thanks, Matt! The CD is doing real good and getting a lot of air play all over the country on the blues radio stations… it even got a mention on the House of Blues Radio Hour! I’m a huge Blues Brothers fan and hearing Elwood Blues say my name was a big time ego boost!! I’m also very proud to say that I’ll be representing the Suncoast Blues Society at the International Blues Challenge in Memphis coming in Feb 2011 (update, 3/15/2011: Lee Pons was a semi-finalist). Things are moving along very quickly for me and sometimes it’s hard to keep up, But I have a good team behind me that is a huge help with all the stuff going on!

What “style” of blues would you say you play? Your album’s got a bit of a Barrelhouse, New Orleans Boogie, and then it turns around and there‘s Gospel and Sweet Blues. Can you tell me a little about what you’re doing?

I just call it your basic New Orleans blues piano. New Orleans is a “piano” kinda town, ya know? All that stuff is just a byproduct of being there and playing the clubs and back street bars. I never think about a style when I’m writing songs. They just come out in whatever way they’re gonna be. If I sat down at my piano and said “ok, now I’m gonna do a boogie song”, I’d never get anything done! The songs just come into my head and that’s how they are.

Speaking of New Orleans blues piano… “Blues for N’awlins” is one of my favorite tracks on that album; it’s so soulful! Tell me about that song?

Thanks again, I love that song a lot myself, I really enjoy playing it. I call it my “Love Song to the Hometown”. I wrote that right after Katrina, and watching in horror at the news on TV. I actually cried as they showed the devastation all over my beloved New Orleans. All that just poured out into my piano and I just knew all that I knew and loved about New Orleans was being washed away. It’s still ain’t the same over there — but it’s coming back! But some good did come out of Katrina though. People now actually know more about New Orleans and it’s music. There are folks who would have never left the city who are playing right down the street from where you live now. There’s the HBO Show “Treme”, Heck there’s even a Disney Cartoon set in New Orleans out right now. I don’t think any of that would have happened if it wasn’t for the storm.

Who are your blues heroes and influences?

Wow, there’s so many. I guess I wear my influences on my sleeve (or my tattoos for that matter) so most folks can easily hear it. Folks like Dr John is a huge one, as is Professor Longhair. Those two are the biggest for sure. I also like James Booker a lot, and folks say they can hear a lot of him in my playing. Also Fats Domino, Allen Toussaint, Eddie Bo, Jon Cleary is a big fave of mine. Art Neville can do no wrong in my book. There’s so many, I can’t even think of all of them, so I know there’s a bunch that I’m leaving out!

Sounds like a lot of New Orleans in your influences! You’re one seriously interesting dresser; always wearing cool hats like your top hat and such. Plus all your tattoos, your long hair and that “Bad Boy” look you have. Most people don’t expect a bluesman to dress like that; so why do you do it?

I never really thought of myself as an interesting dresser. I’m just being me. I like wearing hats, I think they’re cool! I know guys with a lot more tattoos then I’ve got. My tats are just an extension of my personality; one is actually the basic art work design from the CD, or how I thought it should’ve been anyway. The Folks at Mind Balm Records had another way they wanted to go with the cover, and I must say at their’s was much better, since I think the CD looks GREAT! Another is my fave football team, The New Orleans Saints. So the tattoos have meaning to me. Plus I like motorcycles and I’m a bit of a biker inside, — and I’m Cajun so that’s that, I guess. I don’t think of myself as a “Bad Boy” or a “Bad Ass” but I’m not someone who you’d want mad at them, that’s for sure! (Laughs)

I’ve seen that design! The “piano skull” that’s now on your CD face! I love it! Where are you planning on going from here?

After IBC, I’ll be starting my tour though the mid- and south west. I’m really looking forward to that. From how it’s shaping up I’ll be out on the road for a while and I’m really happy to be bringing the “Voodoo Boogie” out to the folks. After that I looking to start doing more Blues Fests and maybe sometime find time to get to work on another CD I hope!

How did you get into the blues? How has it affected you?

My Dad is a Musician, he plays upright bass. He used to play with a bunch of “big band” acts. Guys like Harry Belafonte, and Duck Ellington. He’s even in a Danny Kaye movie with Louis Armstrong and a bunch of other big guys! He used to have jams at the house all the time and these folks would come over and hang out I was just a kid then so I didn’t know who they where at the time but the Blues just got ingrained into me. New Orleans style more then anything else. I just couldn’t get enough of that stuff. Even when I was a teenager playing in metal rock bands that phony N’awlins groove would always find it’s way in what I was playing. Plus there’s no way anyone could live in New Orleans and not have it happen to you! The city breaths and lives off the second line. It’s in the streets, in the food, in the water, heck It’s even in the air!

Thanks a lot for taking the time to share your thoughts with us! Any parting words?

Well thank you for talking with me Matt, and thanks to the folks out there who are listening to the Blues and who are listening to my CD. This is a great Blog and I hope that Blues lovers everywhere are signing in and posting and checking this sucker out cause it’s the stuff like this that is helping to keep the blues alive. So folks get out there and support live blues in your area and support the work Matt and the others are doing here. Oh yeah, one more thing… If you’ve haven’t got yourself a copy of “Big Boogie Voodoo“… What are you waiting for!? Go get one RIGHT NOW!! Thanks again people, Peace!

Update (3-15-11) – This interview has gotten a lot of activity this month, so we thought we’d toss in a little goodie. Here’s Lee Pons live on Beale Street for the International Blues Challenge, where he was a semi-finalist!