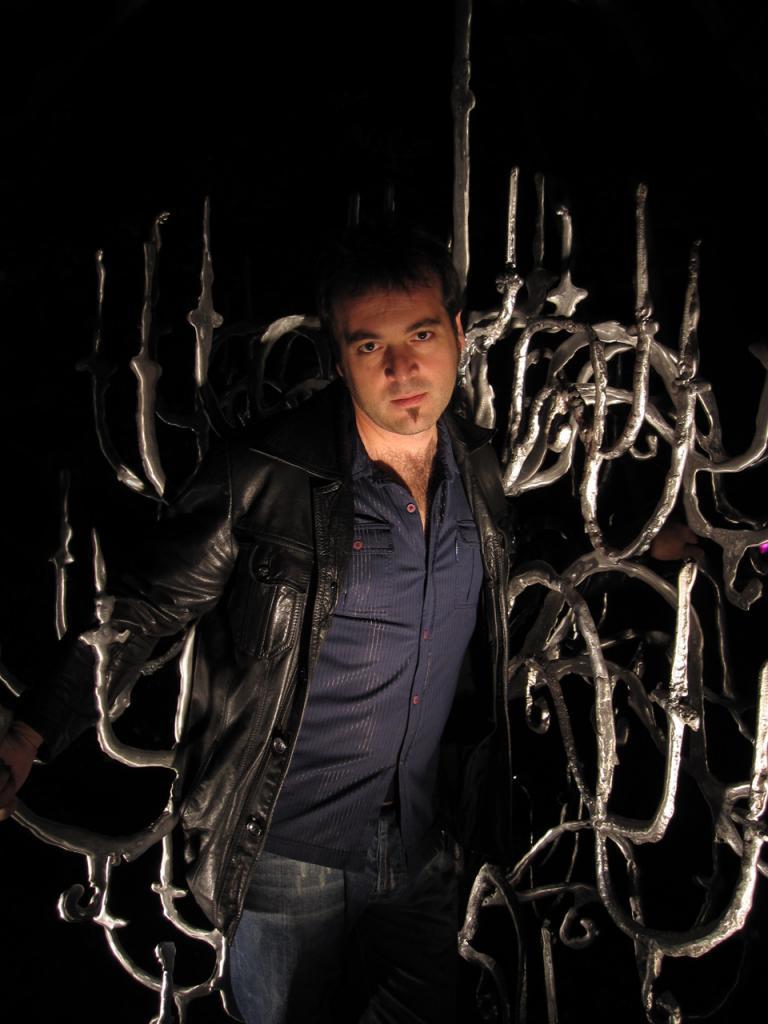 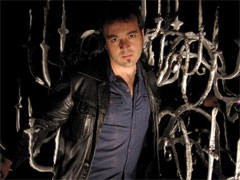 This part two of our interview with Todd Sharpville, in this segment we’ll be discussing his latest work and some of the great players that took part in it.

You appear on at least 24 albums. What is your best work?

TS: I had a second birth, everything to me musically now makes sense.
After the divorce, I fell to pieces. I was able to sit back and look at
things with some objectivity. While I put myself back together I left
some of those pieces lying on the floor. I realized for the first time
in my life that there were some things about me musically and about
life that I wasn’t fond of. So I left those on the floor and took the good stuff with
me. So now I am getting better musically because of
this. Everything that has happened since then I’ve been proud of, but I
am especially proud of “Porchlight”. “Diary Of A Drowning Man” is good
as well. It’s sitting in a drawer somewhere.
I needed to grow up a little and take my knocks.
To this day I cannot listen to my first album. I can’t listen to the
stuff I recorded in my youth. Like a lot of those kids we talked about
before, maybe I was exposed and unleashed on the world earlier than I
should have been . I think I should have played the bars longer
instead of jumping in the club scene right away. So,”Porchlight”
is some of the best.

Let’s talk about Porchlight, I think it is a brilliant piece of work. How long
did it take to come up with the material?

TS: I guess about a month. I went on a crazy song writing blitz and
Duke only had a certain window of time. You know, when he would be
able to do it. So we ended up being in kind of a rush, I guess. I
thought I had more time on my hands and then all of a sudden I didn’t.
The majority of it came out of this period. From a writing perspective
all of a sudden I had to sit down and be a blues writer instead of
just sitting down and writing a song. It had been a while since I had
done that, so I just sort of locked myself away in the middle of
nowhere in an apartment in Wales by the sea. I spent the best part of a
month just going crazy writing as much as I could. After the process
started out, I realized that some of what I was doing was shit and
dumped it into the garbage bin. Then I really got going on some decent
stuff and when you start doing something decent, you don’t want lose
what you have, so I didn’t sleep much or eat much. I ended up with
about 30-35 tunes out of it. My girlfriend is thankfully deaf in one
ear, so she learned to sleep on one side. I could be in the other room
banging away on the piano and she’d be sound asleep. So I put this
stuff together on a multi-track recorder and sent the files to Duke
and just waited to see if any of it was any good or not because I
really had no idea. We finally got the thumbs up from Duke and went
over to make the record. The only real problem was the amount of
songs, we had the good problem of what do we keep, because Duke wanted
to keep a lot of it!

What was it like recording with Duke Robillard, Joe Louis Walker
and Kim Wilson?

TS: I have a ton of respect for Duke. To me, Duke is one of the
classiest blues musicians in the world. Playing with Duke didn’t phase
me because we knew each other and had recorded together before and I
knew how he operated. Joe, now we have had a very strange relationship
since I was a teenager. He has been my mentor or my blues guru for a
long time. In the early days he used to let me hang out. Then after a
while he would let my band open for him and then later still he brought
me up for his encores. I had to earn my respect with him. This whole thing
just came full circle because I had guested on one of his albums. Joe
had already seen some shit by the time he met me as a precocious
teenager. So this this was kind of cool and it was an extra special
moment. Kind of like the student coming full circle.
Kim Wilson has always been my favorite harmonica player as far as
living guys in the world. When I think of all the harmonica players
around today it is a very exclusive little club of people that I hold
in the highest regard. It’s one the instruments that anyone thinks
they can play but there is only like 10 guys on the planet that can
really play, James Cotton, Charlie Musselwhite. Curtis Salgado is a
great friend of mine and another great player. Curtis played with us
on the Blues Cruise one year. He learned Kim’s chops even though we
told him to play however he wanted. There are a couple of great
players in Europe as well. 10 or 12, but I really see Kim being at the
top. I think everyone kind of looks up to Kim.

“Porchlight” pays respect to your dad. When he passed, did it
change how you were going about the album?

TS: Yes it did, I’d already written the bulk of the tunes. He died
literally just at the time I was going to start production, so
Porchlight was kind of a late addition to the proceedings. I had my
guitar tech that had split up with his wife and needed a place to
stay. This poor motherfucker, I had him staying on my couch and he was
engineering my multi track recorder, working day and night pushing my
buttons. It didn’t take long for him to get back with his wife, he’d
have done anything to get away from my apartment after that! Then,
when we were done with that phase I had a plan to sleep for a week
straight. Do nothing. I’d emailed all the tracks off and I was done.
I finally went to bed and a half an hour later my mum called and said
your dad collapsed at the bottom of the stairs. So then the whole
roller coaster started and we had to postpone the recording sessions.
I was thrown into the mix of organizing my dad’s funeral. During that
period I had a lot of time to think about things. We had pushed everything
back about 3 weeks or a month but yes, it totally changed the
direction. After I wrote Porchlight, we now had a title track. A lot
of people would think the sessions were depressing but it was quite
the opposite actually. Yes, we had some teary moments and it was
emotional at times but it was a big relief really to be in the studio.
I was so immersed in taking care of all of the affairs and
arrangements for the funeral that I hadn’t really had a chance to stop
until we got in the studio. My dad was a statesman and the funeral was
a total head-fuck to arrange. We needed a statesman-like funeral. Of
course my mum was in the deepest of grief, so I needed to handle it. I
wanted to respect my dad’s musical interests and the music had to be
world class. We had hand picked musicians and my mum picked music that
she and my dad liked, so these guys had to learn all this new music
(to them) in a week. It worked and we pulled it off, it was great.
That was pretty much the emotional equivalent to recording an entire
album.

How healing has Porchlight been for you?

TS: To be quite honest, I haven’t really had time to sit back and
think about how I feel about it yet. I think it is still happening as
we speak. I think I will be working through my grief, one little piece
at a time. Porchlight wasn’t about just healing from my dad but also
from my divorce and also my other CD that never got released. It’s
like going through the pains of having a baby and not getting to watch
it grow up. Porchlight is going to signify having another baby, and
watch it grow up and watch it go out into the world and achieve
something for itself. So I’m still going through the process. Up until
now it hasn’t been expressed to rest of the world. I’ve done it
privately but not publicly.

What do you think is the best song on Porchlight?

TS: Hard question. I’m really a song guy more than anything else and
I’m very protective of songs. Everything I do is to make the song look
good instead of making myself look good. Songs are like births
sometimes: they pop right out and sometimes they are breached and come
out backwards. One thing that happened during my songwriting blitz in
Wales, I was able to finish a lot of songs that were just parts and
pieces, or riffs. So a lot of it just sort of poured out. As far as a
favorite, it’s like having kids. How do you pick a favorite?
They are individually unique in and of themselves.

Any plans to get over to the States?

TS: Absolutely, I come over and the do the blues cruise pretty often.
We are actually finalizing a deal to come over and do some dates with
Tommy Castro and some other things. A lot of it of course depends on
how Porchlight does. I also might be opening up some arena shows in

the states as well. We’ll see.

If you missed “Part 1” Here is the link