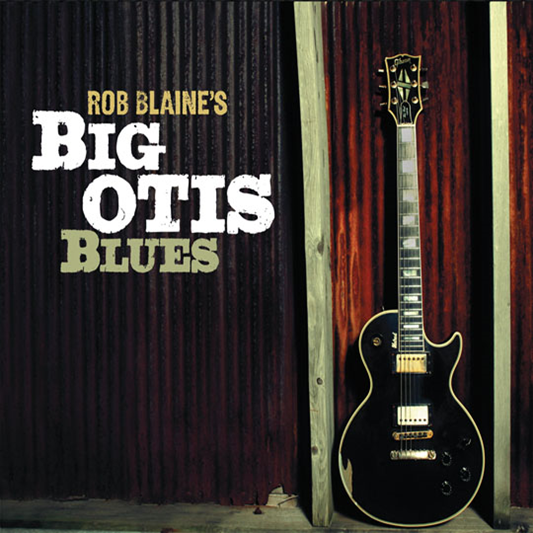 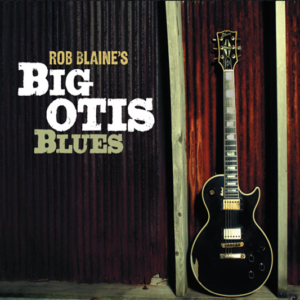 Chicago simply can’t stop pumping out great blues! Of course, that’s hardly surprising considering the sheer volume of traditional and contemporary blues talent that has and continues to call Chicago home for over half a century. Rob Blaine is among that talent, and his latest album, Big Otis Blues, is a statement that his diverse brand of the blues is a force to be reckoned with.

Rob flawlessly transitions from hard-hitting deep blues straight out of the hill country to gospel-infused blues that drips soul like molasses. Add in a little funk and some creative guitar work and you’ll find out where Blaine’s groove lies.  The album begins with “Not The Forgiving Kind”, a highly dance-able track, spiced up with a funky groove. “Only Mine” is a cool transition into a wonderful soul vibe with skillfully placed, creative guitar licks and an excellent piano backing; a standout track on an excellent album. “Same Old Blues” is reminiscent of old southern blues staples gone by, as Rob sings out about the sun shining on his back door while the piano provides an old school gospel-style accompaniment. This beautiful track may quickly become a favorite for listeners. In the middle of the album is “Gone, Not Forgot”, a well placed dual-guitar finger-picking style slide instrumental that mellows the album.  “Trouble” and “Must Be Nice” have the benchmarks of a more bluesy “rock influenced” style that’s reminiscent of some interesting things we’ve heard lately from Nick Moss, who is also an extremely strong contemporary Chicago bluesman.

This isn’t the first CD we’ve enjoyed out of the relatively new Chicago record label Swississippi Records and we’re positive it won’t be the last! All in all, Rob Blaine and company display a refined diversity of influences and talent on Big Otis Blues, while remaining firmly rooted in blues. He’s recently been receiving a lot of accolades for his work, and with an album like this, it’s far from surprising. Blaine’s clear and endearing vocals and guitar work make him someone to watch out for.