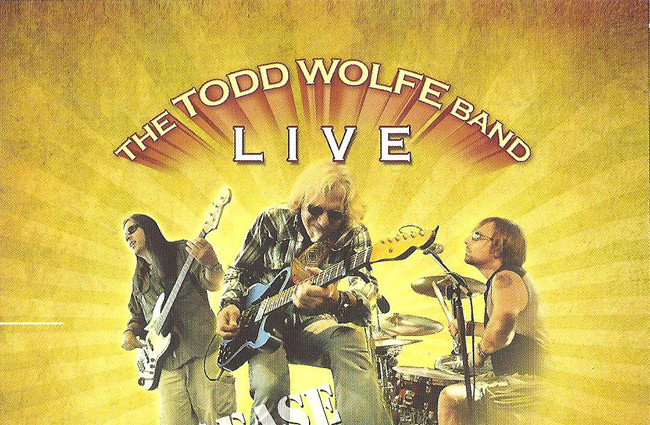 Typically, we tend to proceed cautiously when bands advertise sounding similar to big-named acts. Todd Wolfe Band, however, shows a blues-rock band can stand on their own feet and creatively present a powerful and modern mesh of rock and blues. The three piece band is tight and always connected in a way that adds electric to their show, and Todd Wolfe’s vocals are gritty enough to fit perfectly into the band’s blues-singed rock style.

“Cold Black Night” gives that contemporary blues-rock feeling reminiscent of Gov’t Mule. “Beg Forgiveness” provides a modern and original song with a bold splash of the great Howlin’ Wolf. “Roll Over” is a delta-themed, head-bobbing beat that toys with timing while releasing endorphins with it’s stinging and tasty slide guitar riffs.

The solos on the album version, (there is a great DVD of this live show as well),  can at times edge on the lengthy side. However, the DVD version would almost certainly give the opposite effect of complimenting the rockin’ solos wonderfully. Though occasionally long, no solo ever feels like it’s worn out it’s welcome as some bands have a tendency to do. Overall, this is a great album, and one that certainly captures the energy and magic of the electrifying live show that the Todd Wolfe Band has built a reputation on.