Check Out "Redemption" by Ross Neilsen and the Sufferin' Bastards 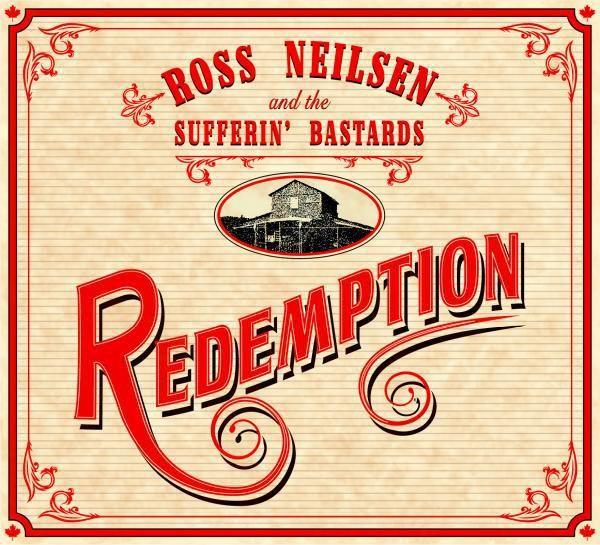 Ross Neilsen and the Sufferin’ Bastards’ new album Redemption has one of the most promising sounds in blues today. The band is tight, gritty and full of energy. This is rock n’ roll as it should be; packed so full of blues there’s nearly no discernible difference between the two. Recorded in the heart of the Delta at Zebra Ranch Studio in Coldwater, Mississippi, the album has the swampy hill country influenced fuzz of an overdriven amp cranked to eleven.

The album is packed with amplified sound, strong vocals, hard driving percussion and well placed bass lines. Lead singer and guitarist Ross Neilsen wrote seven original tracks and is, if Redemption is any indicator, an expressive and talented lyricist. Lines like “When I’m gone, who’s gonna say my name?”, along with his deep and powerful vocals, give lyrics throughout the 11 tracks an entertaining and valuable worth. Karl Gans on percussion and Shawn Worden on bass round out a powerful trio. The Sufferin’ Bastards largely move beyond the cliché “my baby left me” format and often break out of the twelve bar to create a diverse track list that gives their version of the blues a fresh, powerful feeling. Paying homage to the masters, they include two well made cover tracks from Robert Johnson and Howlin’ Wolf. “Possession” is a bold, rompin’, muddy version of Robert Johnson’s classic. The overdriven slide guitar, loud, growlin’ vocals and fast-paced percussion make this a great cover. Luther Dickinson lends a soulful slide guitar backing to the heartfelt “She Ain’t You”, a song about leaving a good girl for a life on the road. The wonderful Alvin Youngblood Hart lends his skills on lead guitar to the rockin’ devil on my tail “Badlands”. The last track of the album, “Bold and Beaten”, is an extended gritty, ballad-style track full of lamentation and strong guitar riffs, and a wonderful way to end a CD.