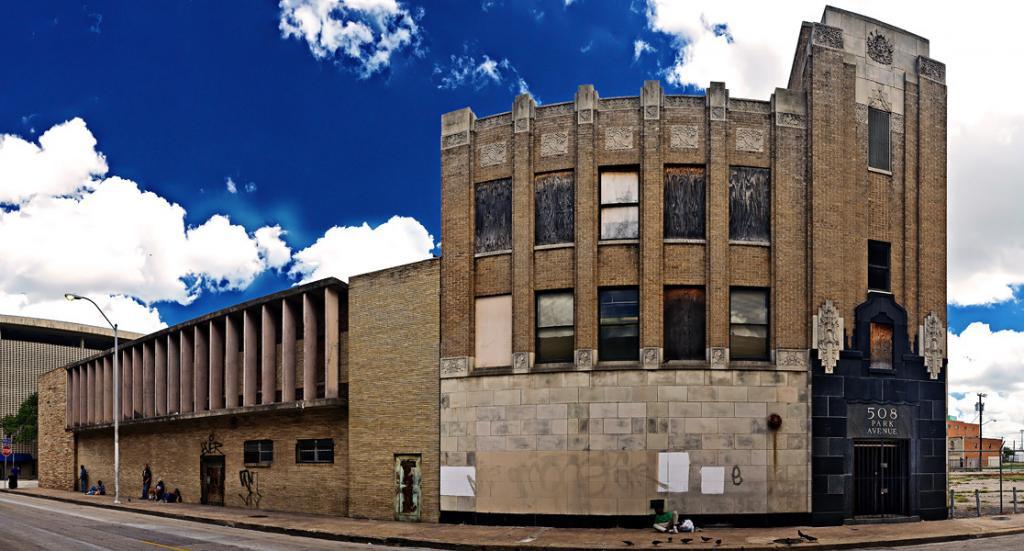 Fresh from the Dallas Observer comes this fantastic piece of news, just in time for Robert Johnson’s centennial celebration. (Original article by Leslie Minora, Tue., May 3 2011)

The marble-and-concrete building at 508 Park Avenue, once the Warner Bros. Film Exchange and Brunswick Records’s regional office, will get a much needed face lift after all, now that the Landmark Commission unanimously approved First Presbyterian Church’s plans for that address and the property next door at 1900 Young Street.

“We were pleased that the city saw the value of what we are doing,” Good Fulton & Farrell’s Bryce Weigand told Unfair Park following yesterday’s meeting. That includes not only the much-discussed amphitheater, but also a recording studio.

​First Presbyterian, which runs the next-door Stewpot, and Colby Properties, which owns the building, began negotiating last summer and reached a deal contingent on the Landmark Commission’s approval of the church’s plan for the land. Church representatives would not disclose financial details of a deal slated to close this month, but developer Buddy Jordan, who has been advocating on the church’s behalf, told Unfair Park that it’s a “reasonably fair market price in today’s world.” The notoriously unreliable Dallas Central Appraisal District values the property at $276,000; and renovations, Jordan estimates, will cost around $1.2 million.

The building was designed by the same New Orleans architectural firm responsible for the Louisiana State Capitol; per the AIA’s Guide to Dallas Architecture, the “Zigzag Moderne gem … is a spirited outpost of Hollywood glamour.” But by now, of course, you’re well aware that the building, vacant for decades and long under threat of demolition, holds an important place in Dallas history as the location where bluesman Robert Johnson recorded a significant portion of his impressive repertoire in June 1937. (The Light Crust Doughboys shared the studio with Johnson and producer Don Law on June 20, 1937.)

In keeping with the address’s history, the church plans to build a recording studio in the space. Jordan says First Presbyterian has been speaking to musicians interested in getting involved, somehow, but that confidentiality agreements prevent him from saying who.

Worth noting: John Mellencamp had recently wanted to record there while making the album No Better Than This, as Eric Clapton had done in June 2004, but insurance issues on Colby’s end precluded him from stepping foot and spending time in the building. So, instead, he went down to the Gunter Hotel in San Antonio — the only other known location in which Johnson recorded.

The building, presently in a deep state of disrepair, will also provide mixed-used office space for the church after the extensive renovations. The exact functions of space and restructuring plans are not set in stone, since planning was put on hold until after Monday’s decision.

First Presbyterian also plans to demolish the building at 1900 Young to make way for an outdoor amphitheater for musical performances, children’s activities, and picnics. This performance space, church representatives say, will pay further homage to the musical history of the block.

And all of this is just in time for what would have been Robert Johnson’s 100th birthday — May 8th.