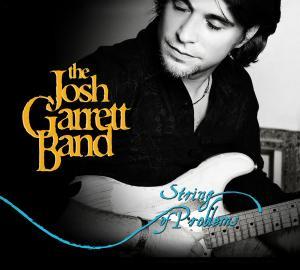 The Josh Garrett Band’s album String of Problems rose to secure the #1 spot on this week’s Blues Top Five chart. The Louisiana-based band narrowly topped Roomful of Blues’ Hook, Line and Sinker and the critically acclaimed Unconditional, by Ana Popovic. String of Problems, recorded in Fudge Studio in New Orleans and released in August, 2011, is the band’s third. The album is an energetic dose of true Louisiana blues — with clear Zydeco and Cajun influences. You can find more on the Josh Garrett Band and pick up a copy of their #1 album at their official website.

Stay tuned to the many exciting blues radio shows across the country to hear a single off of String of Problems this week!

And be sure to check out Josh Garrett Band on Facebook