"Roots" by Johnny Winter slides and growls into Blues Heaven 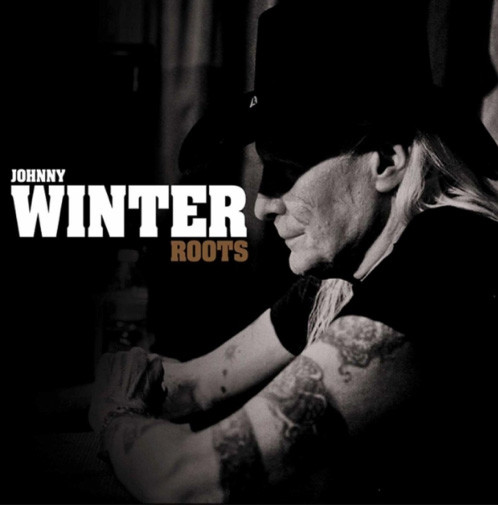 It was nearly 40 years ago when Johnny Winter revived the career of a 60-something-year-old Muddy Waters, producing four albums that earned three Grammy awards. Waters – who enjoyed his biggest commercial success with those LPs – would refer to Winter as his “adopted son.”

Maybe Winter, now in his 60s, should refer to his rhythm guitarist Paul Nelson – also his manager – as his adopted son.

The Nelson-produced Roots -Winter’s first studio album since 2004’s I’m a Bluesman – has Winter sounding better than he has in years, and his renewed growl is due in part to Nelson going above and beyond as a manager, helping Winter kick a career-long drug habit as well as quit the bottle.

Nelson came up with the concept for Roots, a collection of blues and R&B classics that influenced Winter as a youth. Once the fastest-playing bluesman around, Winter admits he’s slowed a step over the years. While he can still outspeed most with his blues licks, Winter doesn’t use Roots to prove he can still burn up the fretboard. Rather, he pays respect to the originals, but adds enough bite to liven things up a bit.

Louisiana-based slide guitarist Sonny Landreth helps Winter open the CD with T-Bone Walker’s “T-Bone Shuffle.” Winter sounds like he’s truly having fun and that continues throughout the album, which keeps things upbeat and rockin’ for the most part. Track 2 is the Vivino-assisted Bobby Blue Bland classic “Further On Up The Road,” which is given a Texas swing feel. While the majority of the songs on Roots feature guest guitarists, Winter elects to go it alone on Waters’ “Got My Mojo Workin.’” However, Frank Latorre adds some serious harmonica to the track, between Winter’s phrases and later with an impressive solo.

Seven songs in, singer-guitarist Tedeschi is allowed to be the album’s only guest vocalist. She and Winter begin Jimmy Reed’s “Bright Lights, Big City” singing in unison, but eventually alternate lines, joining together again at song’s end after solos from both.

While most of the songs on Roots feature a guest doing the intro guitar work, followed by a Winter solo, then a solo from the guest, the Elmore James’ cut “Dust My Broom” varies that format by having Winter and Derek Trucks start off the song together. It gives a fuller sound to perhaps the most famous slide guitar song of them all.

One album highlight is Larry Williams “Short Fat Fannie,”a funky tune that finds Joe Meo adding a baritone sax. Guitar-wise, licks are kept in-house, with Winter and Nelson doing all the work. Unlike other tracks on the album, where guitar solos are separated by Winter’s singing, Winter and Nelson’s solos flow one after the other, with the guitar icon’s grittier sound followed by Nelson’s cleaner tone.

Gill joins forces with Winter for a countrified version of Chuck Berry rock ‘n’ roll classic “Maybellene” and while it’s a satisfactory cover, the last song on the album, Ray Charles’ “Come Back Baby” proves Winter is at his best when he has a chance to let his vocals simmer a little. The slow blues song allows Winter to really sing with feeling. At one point he turns “Lord” into a four-syllable word. An organ and brass instruments compliment Winter’s pleas for his woman to return. His vocal riffing and growl is in full effect on this album closer. Roots is a joyous rockin’ CD with radio-friendly tunes, but the final song – the only one that exceeds six minutes in length – will surely leaves Johnny Winter fans hoping some of the songs recorded that didn’t make the album are slow blues that will be on the next one. Some people can sing uptempo but not slow and soulful. Such is not the case with Johnny Winter.