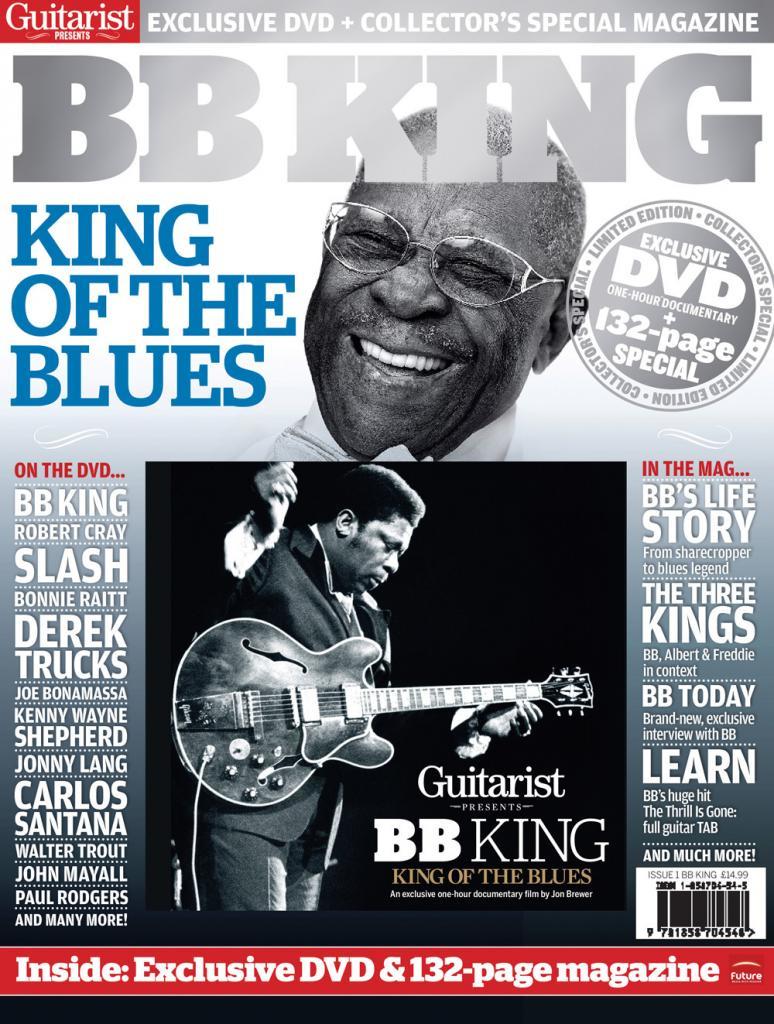 Guitarist Magazine has just released a special edition fanpack on the Mississippi Delta Blues legend that is Mr. B.B. King. The Fanpack features a rich 132 page collector magazine and an exclusive one hour documentary DVD — a prelude to his forthcoming feature film, entitled “B.B. King: The Life of Riley”.

Guitarist’s December issue was all about the King of the Blues, with an article/interview with the man himself as he discussed his incredible music, life, and playing with U2, among other things. The special edition also sports an interesting article with John Brewer, the director of King’s soon-to-be-released documentary. Brewer discussed the focus of the film, and B.B.’s amazing rise to fame from the sharecropper fields of Mississippi. The Fanpack film features in-depth interview extracts, unseen images, highlights of his long-spanning career, and much more. “We’ve gone all out with the design, the imagery and the general presentation, and we’re extremely proud of this pack,” says Mick Taylor, Editor of Guitarist

Sign up for the Mailing List below to enter for your chance to win the B.B. King Fanpack GRAND PRIZE and a one year’s subscription to Guitarist!