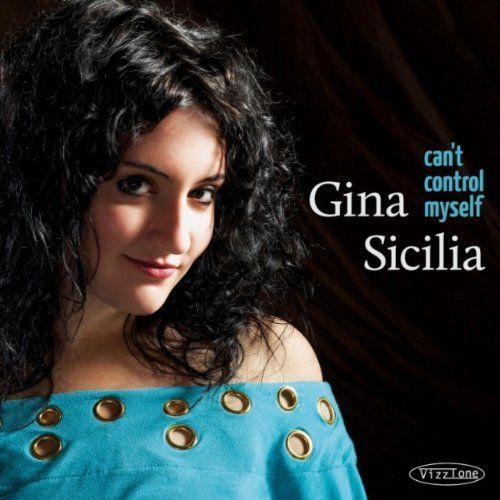 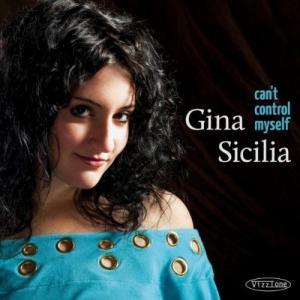 This woman’s voice has years to grow. On top of the quality already there, that’s good for listeners. In this, her third VizzTone Records album Gina Sicilia demonstrates a voice that is fluid, like claret, with subtle and soft nuances that emerge on the palette.  She would be at home singing country, a cabaret, or musicals as she is singing the blues.

Like her other albums, Can’t Control Myself is mostly original tunes, with Gina writing the music, lyrics, and supplying the vocals. The tunes she covers on this record are Willie Dixon’s Crazy ‘Bout You Baby, A Place in the Sun by Stevie Wonder, and Bobby “Blue” Bland’s Members Only.  The Dixon tune is straight up blues groove with Dave Gross providing the instrumentation, and some wicked organ playing. A Place in the Sun sounds like a countrified version of the Wonder hit, and Members Only has the pop/soul of Bobby Bland replaced with a blues/soul of Sicilia. Call that a trickle if you want.

The rest of this album reveals the amazing talent depth of this young vocalist. There’s your basic rocker in Addicted. Plain ol’ blues message of how messed up life can be, straight up groove with the guitar leads over the organ. She tweaks this a bit in Gimme a Simple Song, where the electric piano, organ and guitar all come out. As Long as You’re Here is a nice slow, achey ballad, with acoustic piano and guitar, a nice subtle touch on what would be a scorcher were it electric. This is your basic blues skills. And now the trickle is a steady stream….

Ms. Sicilia adds a bit of country flavor to Once In A While, a tune that features the piano and organ, and is a cross of country and soul. The title song also has a country feel, with a loping electric piano and organ backdrop. Before the Night is Through is a delicious mix of Carole King and Django jazz acoustic guitar. It is a sweet combination. One of the true gems on this recording is Wish the Clock Would Stop. It has a jazz snap to it, and if you close your eyes, you’ll envision a cabaret. This song would fit into a musical (think Chicago) rather well, and that trumpet! Oh, man! The stream let loose, and it’s cascading all over!

This is the way she’s been since the first album. Hailing from a musical family, she had written songs when she was 16 that appeared on her first album (Allow Me to Confess) 6 years later. Her sophomore effort (Hey Sugar) came out, no jinx there; she graduated from Temple University, and she has become a rich variation of influences all melding together in her east coast style.

Only four people supplied the musical talent here. Dave Gross did all the instruments as well as engineering and mixing, with the exception of the Matt Cowan sax, the Sean Daley lap steel, and the aforementioned trumpet played by Jon-Erik Kellso. What’s up with that? Is Dave Gross some kind of slacker!? And the vocals are of course, Gina Sicilia.

Let the musical deluge take you in Gina Sicilia’s Can’t Control Myself.