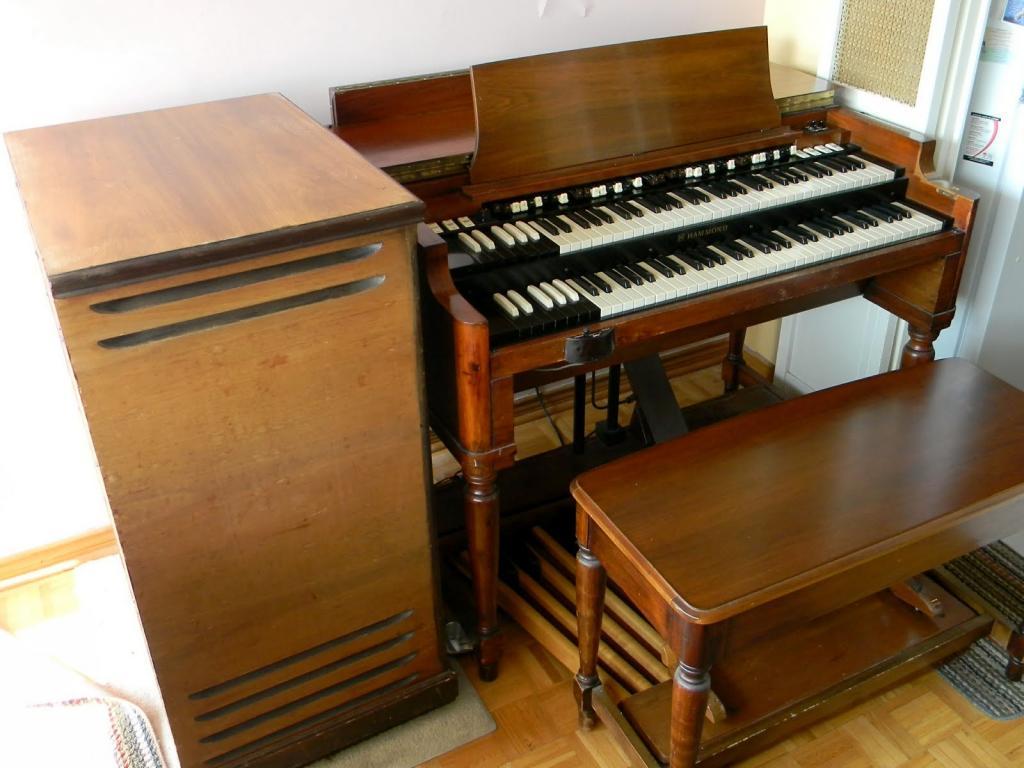 In our last installment, American Blues Scene took a look at the iconic sound of the Hammond B3 organ, an instrument that its inventor, Laurens Hammond, intended to be little more than an appropriate budget substitute for a full-sized pipe organ. Hammond himself had no know possible way of knowing how his invention would come to be perceived and utilized by the world at large.

Only a portion of the pieces are in place with that story, however, for a key bit of gear that is associated with the Hammond sound did not come from the House of Hammond at all. The full, bubbling swell of a Hammond organ takes a large part of it sound from a device called the Leslie tone cabinet, a device created by Don Leslie. Often referred to as a “Leslie speaker” or simply a “Leslie,” it has become an inseparable part of the Hammond sound, and while that fact may be lodged in people’s ears, it was something that Laurens Hammond did not like. In fact, Hammond tried to prevent people from using the Leslie with his organ by not allowing his distributors to sell both products!

We’re getting ahead of ourselves here, though. Let’s back track a little and see how things came together.

In the 30s Laurens Hammond created his eponymous organ and began to have good success with it. Churches and even private individuals were delighted to have a low-cost option to the traditional pipe organ. Some three or four years following its introduction, an electronics inventor and tinkerer named Don Leslie began playing one. He enjoyed its sound in the furniture store where he played it, but once getting the instrument home, he found its sound in his living room to be thin and somewhat shrill. It lacked the warmth of a true organ’s tone.

Being a radio repairman by trade, Leslie was more than up to the task of fabricating a solution to his problem. The end result was a cabinet that contained a speaker mounted inside a horn that rotated on a turntable. Leslie had thus put into practical application the Doppler affect. The Doppler affect is a situation in which either light or, in our case, sound waves achieve an apparent shift relative to the position between the source and the listener. The classic demonstration of this is the changing sound one hears from a police siren as it approaches and then pulls away from a bystander on the sidewalk. Leslie had picked up on this idea when a truck playing political campaign announcements from a loudspeaker on its bed drove past his home. From this experience, he did some thinking, and finally figured out a simpler way to physically move the tones toward and away from listeners. While it may not do much to jazz up a political campaign or a police siren, it sure did liven up the sound of the Hammond!

Check back in with us next week when American Blues Scene explores the tremulous ripples that the Leslie’s big, fabulous new sound began to make.