The Language of the Blues: BALING WIRE 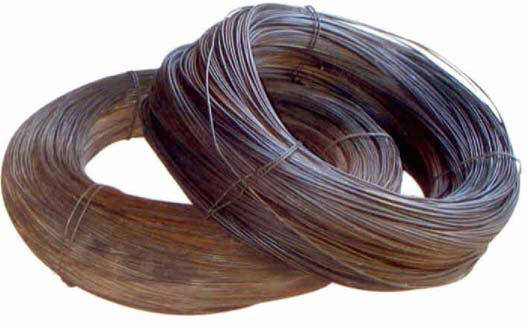 Baling wire is a pliable wire used to wrap bales of cotton or hay. Blues guitarists love to claim that their first guitars were made of baling wire tacked to the walls of their sharecropper homes. To make an instrument, one end of the wire is secured to the ground with bricks or rocks, while the other end is nailed to a wall. The player uses one hand to pluck the wire and the other to slide a bottle along its surface for a keening, moaning sound.

This makeshift guitar is called a “one-strand-on the-wall,” and was typically made with baling wire or wire pulled from a broom. It is also called a “diddley bow,” probably after the African musical bow made with a single string stretched across a gourd.

Howlin’ Wolf guitarist Hubert Sumlin learned to play a one-strand by watching his older brother. When I interviewed him for my book, The Language of the Blues: From Alcorub to Zuzu, Sumlin told me: “Yeah, my brother he had the wire upside the wall–baling wire, what you bale hay with. That’s the only string we had at the time. So it’s wrapped around a big old nail and the nail drove into the wall. Sometimes it come loose, so I put up another string.

“I wasn’t listening to anything yet, just my brother,” Sumlin continued. “I was looking at his playing. It sounded like moaning and everything. Finally I got this old warped record by Charley Patton. I found this old 78 record- it was so warped the only thing I could hear was this guy moaning. But boy what a sad moan! Yes it was. I loved it. After the moan, the record just shattered. It just shattered ’cause it was so warped. That’s the only thing I heard about that guy, but then I started to get all the numbers that he made. All down the line. I learned off those records and my mother got me a guitar.”

During a 1975 interview, B.B. King told William Ferris, director of the Center for the Study of Southern Culture at the University of Mississippi, how bricks were used to make a one-string: “Once you nailed this nail in there, put that wire around these two nails, like one on this end and one on the other and wrap it tight. Then you’d take a couple of bricks and you’d put one under this side and one under that one that would stretch this wire and make it tighter. And you’d keep pushing that brick, stretching this wire, making it tight until it would sound like one string on the guitar. Like that.”

Blues musicians also used baling wire to make one- and two-stringed instruments similar to the diddley bows found throughout West Africa, where they are fashioned with resonators made of carved wood, a gourd, or a tin can. Big Bill Broonzy explained in the book Big Bill Blues that “When I was about ten years old I made a fiddle out of a cigar box, a guitar out of goods boxes for my buddy Louis Carter, and we would play for the white people’s picnics.”

Big Joe Williams recalled making a one-string guitar for himself as a child by stapling two thread spools to a small box and stretching baling wire between the spools. He played it with the neck off a half-pint whisky bottle. Harmonica players also used baling wire to make neck racks for their harps so they could play guitar and harmonica at the same time.

One String Sam Plays “My Babe”