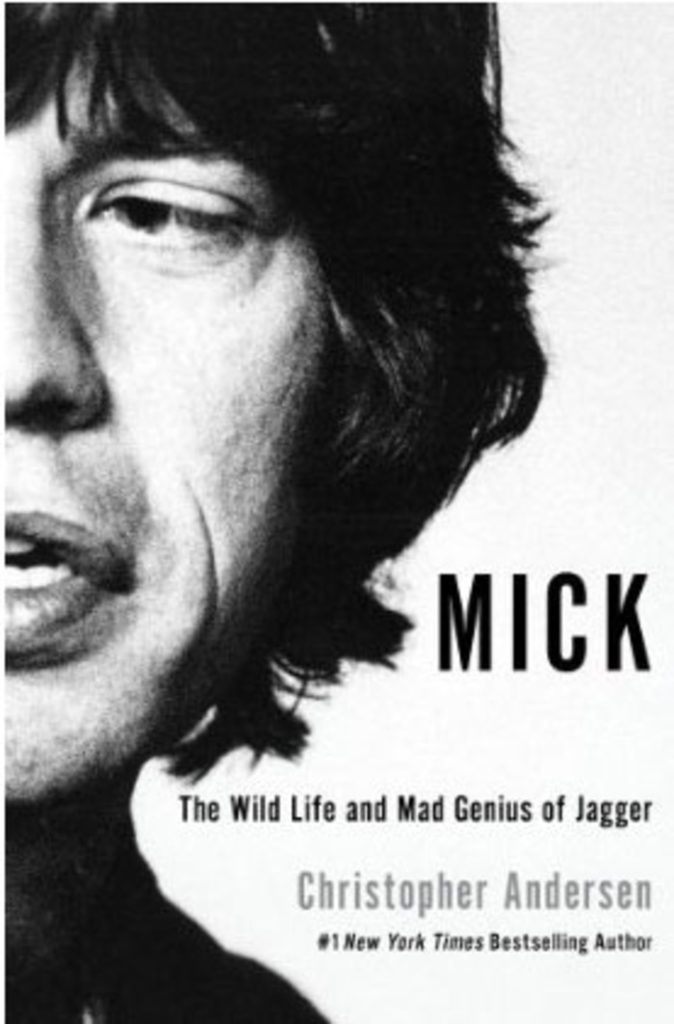 The intriguing new read by author Christopher Andersen revolves around music icon and legend Mick Jagger, lead singer of the Rolling Stones. This biography, appropriately titled “Mick: The Wild Life and Genius of Jagger” takes an intimate look into the man described by ex-lover, Bebe Buell, as both “versatile” and “multifaceted”. Depicting many of the events surrounding Jagger’s career and personal life, these two descriptions seem to be more than accurate.

Often known for his outlandish choice of wardrobe, like his reputation for commonly wearing women’s clothing, a large portion of Andersen’s biography talks about Jagger’s personal life, including his numerous affairs and sexuality. Jagger is often depicted as a shameless playboy, even suggesting at times that he could possibly have an addiction to sex. Much of this is discussed through the opinions and conversations from previous acquaintances, friends, and lovers of Jagger. While Jagger has been married, and divorced, only twice, he is said to have rotated women constantly, even during his marriages, often sleeping with several different women within days of each other. In fact, “Mick” tells of rumors that Jagger has bedded an estimated four thousand women. His name has been linked to a plethora of model, actresses and other celebrities such as Uma Thurman, Angelina Jolie, Linda Ronstadt, Janice Dickinson, Carly Simon, as well as numerous others. Jagger has also been said to get a rise out of stealing women from other famous rockers like Eric Clapton. Jagger allegedly stole Carla Bruni from Clapton, even after his longtime friend pleaded with him not to.

While this may, or may not, seem common for a person of Jagger’s musical fame and status, something that sets him apart, is his apparent willingness to also sleep with those of the same sex. While Anderson does not accuse Jagger of having affairs with men such as David Bowie, he does speculate about certain aspects of the relationship that may have seemed a bit “off” through the observations of those closest to the pair finding the men asleep in bed together, more often than not, in the nude.

Another important relationship that is described is with that of “Glimmer Twin” Keith Richards. Having been acquainted since childhood, although not always friends, Andersen takes readers through the ups and downs of their friendship. Both of the men dealt with their share of burdens, drug abuse, addictions, failed marriages, but still came together despite their struggles and differences to create some of the most well-known songs in rock history, such as one of many chart topping hits, “Satisfaction”. Andersen takes readers through these creations and the events surrounding them in a way that showcases the genius of these two musicians upon their collaboration, something that helped set the backbone for their phenomenal career.

With all the different accounts of Jagger, he is portrayed as quite a contradiction. At times he appears to be a most caring and tender friend to those closest to him, such as his children and band mates, but he also shows courses of action or decisions that seem to be nothing short of selfish and narcissistic. It’s unclear whether he is motivated by greed, selfishness, or because he often felt that he was a leader for the Stones, responsible for making sure that they found the fame and fortunes they sought after. He is described as being very efficient and business savvy, having done well enough in school to attend the London School of Economics. But while it seems that business is something that either comes naturally to him or was developed over time, it is the one talent that he has seems to brush aside. It’s unclear, however, what his motivation for this sudden bashfulness could be, whether it stems from his some understated sense of modesty or whether he keeps it tucked away as not to mar his bad boy image.

Anderson’s biography is intriguing from the sight of the cover to the very last page. Typed clearly and boldly on the back cover “Scandal, money, drama, music, fame, drugs, genius, and sex”, Andersen delivers all that he promises and then some. Mick Jagger himself very well may have said it best. “Obviously, I’m no paragon of virtue.”