"Turquoise" by Devon Allman is a Real Gem 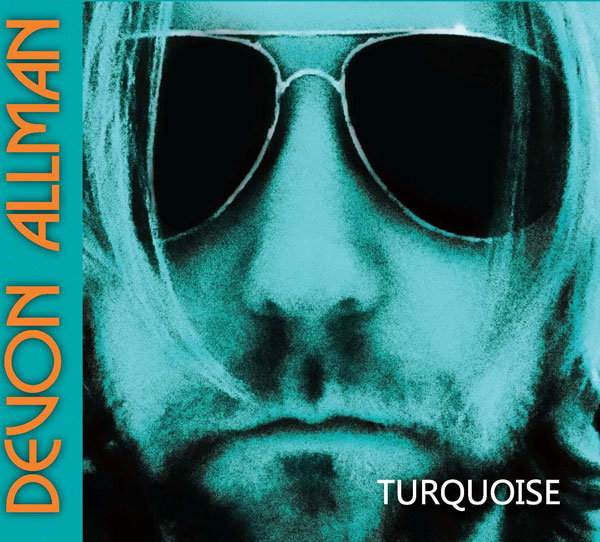 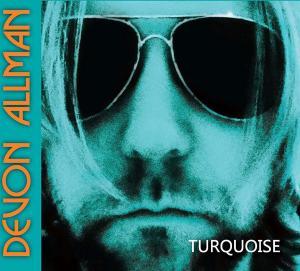 Make no mistake about this album, it is deep, very deep. Using songs as his method of expression, Devon Allman tells stories about his life as a musician and the price that has to be paid sometimes for following the dream. “Turquoise”  is will be released February 12 on Ruf Records.  In Devon’s words, “These songs are very special to me, it’s part ‘dusty road driving music’ and part ‘tropical getaway’ music. These are the stories, feelings and reflections from my last couple of decades of forging my musical path.”

While he has a style all his own, Devon’s famous bloodline comes through in fine fashion on this CD. It seems obvious he is not trying to do this, in fact I get the sense at times he tries not to sound so much like the much loved Allmans that paved the way for him. The truth is, he does and I guess if you are going to sound a little bit like someone, the Allmans would rank real high on the list.

The 11 songs on Turquoise are full of feelings of loneliness and togetherness, of being homesick and of coming home. It’s clear Devon’s family means a great deal to him and they have been immortalized in these lyrics. “Homesick” is a dedication to his family for enduring his absences. Perhaps the deepest song on the release, “Turn Off the World,” he thinks it’d be good idea to take in some salt water and “wash off this rock and roll”…we totally agree with this thought. But only for awhile, we need this guy back making more music like this.

Obviously, the musicianship is top-notch and Devon’s guitar playing fits perfectly throughout. I really enjoyed the different styles he employs on this. “There’s No Time” has a bit of a Latin feel to it and there is very tasty Santana-like lead work, with just a touch of Ska. It’s definitely a well put together tune. Honestly, he is all over the place musically with this release but in a great way. It’s nearly impossible to label this album totally in one specific genre but if I had a gun to my head and had to pick one, I’d say more classic southern rock than anything else. Of course as I write this I hear some reggae beats. Okay, forget it I’m not going to label it.
There is some seriously tasty saxophone in the song Into The Darkness….and this is one lovely tune, featuring the organ and once again brilliant guitar work. Okay, he sounds a little bit like his pop on this one. On the next track “Key Lime Pie, he displays some more of his mastery of the fretboard.

He also tosses in a great song for him to cover on Turquoise, borrowing from Tom Petty and Stevie Nicks, “Stop Dragging My Heart Around” and man does he ever do it justice. Only Petty could have done this song better. Samantha Fish was a great choice for the female vocals on the tune.

Of course we all know how great his side project, Royal Southern Brotherhood is doing.
Wait…..which one of these is the real side project? By the way, another favorite musician of the American Blues Scene and one of Devon’s bandmates in RSB Mr. Mike Zito, co-wrote a couple of the tunes on here.

One thing that I really love about Devon is that I was a fan of his band Honeytribe before I had any idea that he was Gregg Allman’s son. Obviously he wanted his career to be about his music and not about trying to fill those massive shoes. Whether this was the right or wrong path, who cares, he has grown into an amazing Allman, worthy of being mentioned in the same sentence as his dad and brother.

Turquoise is a brilliant piece of work and highly recommended.