Alvin Lee, Guitarist & Singer for Ten Years After has Passed Away 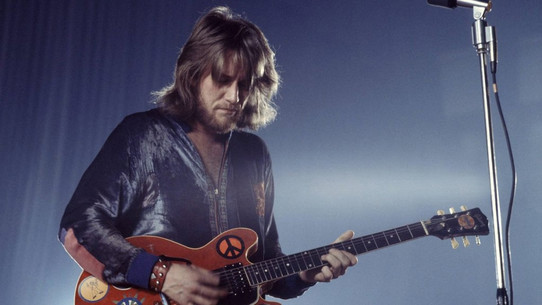 Alvin Lee, the guitarist and singer for English blues-rock band Ten Years After has passed away.

A statement appeared on his website this morning: “With great sadness we have to announce that Alvin unexpectedly passed away early this morning after unforeseen complications following a routine surgical procedure”

Ten Years After, which was widely popular in the 1960s and 1970s, had regularly appeared on the top charts, and famously played the original woodstock concert, where Lee’s “Big Red” Gibson ES-335 guitar became something of a symbol of the festival. Lee began a blossoming solo career after the band split in 1972. His latest release, Still on the Road to Freedom in the 3rd quarter of 2012 was widely celebrated as a look back at his blues-rock guitar-driven style of his first solo album, On the Road to Freedom.

“We have lot a wonderful much loved father and companion, the world has lost a truly great and gifted musician.”