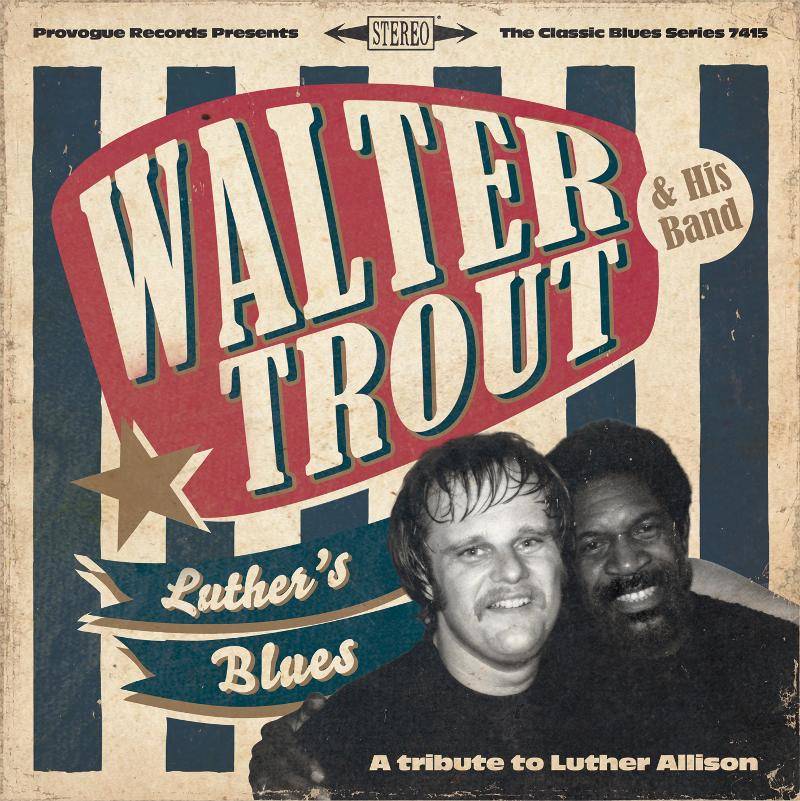 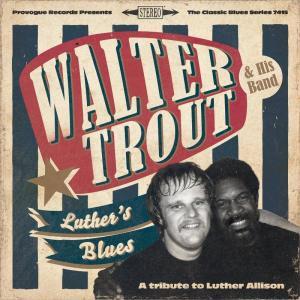 Walter Trout’s new CD is scheduled for June 10th in most territories and June 11th in the USA.

This is the CD that Walter and the band have been working on for the past many months:  Luther’s Blues – A Tribute to Luther Allison.

Walter Trout’s backstory is a page-turner you won’t want to put down. Five decades in the making; it is equal parts thriller, romance, suspense and horror. There are musical fireworks, critical acclaim and fists-aloft triumph, offset by wilderness years and brushes with the jaws of narcotic oblivion. There are feted early stints as gunslinger in bands from John Mayall’s Bluesbreakers to Canned Heat, and the solo career that’s still blazing a quarter-century later.
The veteran bluesman has seen and done it all, with just one omission: he’s never made a covers album, until now.
“Luther Allison’s Blues is my first,” Trout notes. “I’ve thought about doing this album for years. It was just time.”

Of all the peaks in Trout’s trajectory, his abiding memory of the late Chicago bluesman is perhaps the most literal. It’s 1986, and high above Lake Geneva, at the palatial Alpine chalet of late Montreux Jazz Festival Svengali Claude Nobs, lunch is being served. “So we’re up at the top of the Alps,” Trout recalls, “in this big room with John Mayall, Buddy Guy, Junior Wells, Robert Cray, Otis Rush, and as we’re eating, Dr. John is serenading us on acoustic piano. I sat there with Luther Allison, and we had a great talk”

“Luther was one of the all-time greats,” Trout continues, “and it was just an unbelievably potent thing to watch him perform. Just the energy and commitment that guy had, he was one of a kind. We played together once, at the Jazz Fest that year, and just as we walked offstage, somebody pointed a camera and we hugged and smiled. And that photo is on the cover of the CD.”When he died [in 1997], the idea of this album was planted in my brain.”

To be released June 10, 2013  (June 11th in the USA) on Provogue Records, this latest collection was bottled at Hollywood’s Entourage Studios alongside producer Eric Corne: the same combination that birthed 2012’s acclaimed solo release, Blues For The Modern Daze. The atmosphere, remembers Trout, was one of spit, grit and seat-of-the-pants energy: “Spontaneity is so important with this sort of music. Everybody was saying, ‘Well, aren’t you gonna get together and rehearse?’, but you don’t want to over-analyze or get too sterile. This album was all pretty much first or second takes. It’s gotta have warts on it. It’s gotta have a bit of grease in it.”