Jesse Dee – On My Mind/In My Heart (Alligator) 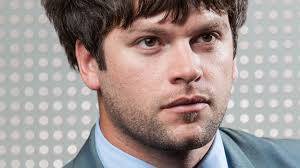 Jesse Dee is a soul singer from Boston. Yes, a soul singer. There is really no other term for what he does. He plays old style soul music, the kind they made in Memphis, in Muscle Shoals and in New York City, among other places. And he is also a songwriter and a guitarist. On My Mind/In My Heart is his second album, but his first for the Chicago label, Alligator usually known for blues.

What is quite clear from the first note of the opening title track is that Jesse Dee loves this music and has and energy and enthusiasm that immediately comes across and makes you want to go along for the ride. What is also clear is that he has seriously studied the greats, whether it’s Sam Cooke or Sam Moore, but also how the songs were written and how they were arranged and transported it to a new era. Dee has had opening spots for Al Green and (the late) Solomon Burke and several others and it’s for a reason – he has it!

This album has several standouts and in it you can hear echoes of such singers as O.V. Wright and Howard Tate, with an occasional dash of Van Morrison. The excellent musicians with him nail the sound, the groove and the feel and it’s all helped by the fact that this was recorded on analog, not digital. And if it doesn’t quite have the same grit as Memphis or Alabama, well it’s 50 years later, and some things have to do with well, the city, the Mississippi River and the mud.

It doesn’t matter whether it’s upbeat driving songs, or ballads – and there’s even a duet that adds to the pleasure along with a couple of dips further back slightly in doo wop or perhaps Little Anthony territory, is that Dee stays away from excess in his vocals, in his songwriting and in the music. He knows how to bring it up, but he also knows how and just as important, when to hold back.