Language of the Blues: COLD IN HAND 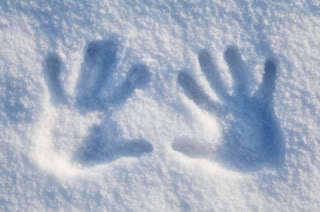 This is the latest installment in our weekly series, The Language of the Blues, in which author and rocker Debra Devi explores the meaning of a word or phrase from a blues song. Come back every week for the latest! For an extensive dictionary, pick up Devi’s award-winning book, The Language of the Blues: From Alcorub to ZuZu, which includes a foreword by Dr. John and quotes by Bonnie Raitt, Hubert Sumlin, Joe Bonamassa and more. Get your signed copy at Bluescentric.com!

To be cold in hand is an expression from the 1930s that means to have no money, or be broke. In “Banker’s Blues,” Big Bill Broonzy complained:

In “District Attorney Blues,” Bukka White described a district attorney who was so tough “he will take a woman’s man and leave her cold in hand.” And in “Cold In Hand Blues,” Bessie Smith tells the story of a hard-working man who spends all his pay on everything (and everybody) but her…and leaves her with nothing.