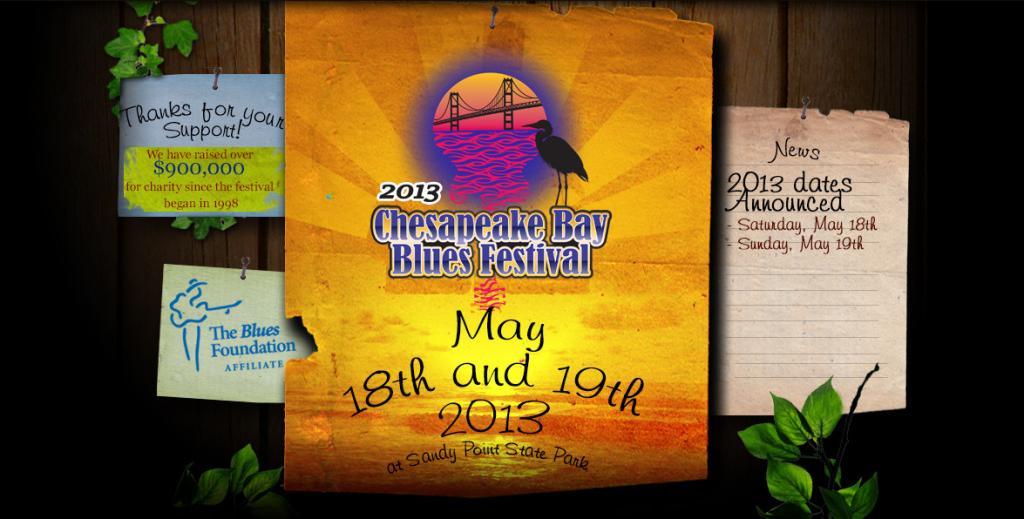 In a blow to music lovers in the Maryland area, it was just announced that the Chesapeake Bay Blues Festival and the Southern Maryland Blues Festival would not be taking place in 2014.

“We thought long and hard about it, and did everything we could, but we just couldn’t make it happen,” said promoter Don Hooker.

though the events are cancelled this year, the statements made indicate hope for both festivals’ revival in 2015.

An announcement was made on the group’s Facebook page:

Chesapeake Bay Events announced today that the Chesapeake Bay Blues Festival and the Southern Maryland Blues Festival will not be held in 2014. Both festivals are planned to resume in 2015. We will announce the dates for 2015 in October of this year. As much as we love doing these festivals, the cancelation was unavoidable.

Since the charities that we support rely on these festivals, we ask that you help them out in 2014 by making a donation either directly to them or to Chesapeake Bay Events on their behalf. The charities are We Care and Friends (www.wecareandfriends.org), providing help to those in need in the city of Annapolis, Special Love, Inc. (www.speciallove.org) which operates a camp for kids with cancer and other life threatening illnesses and Camp Face (www.campface.org) which operates a summer Camp for kids with facial differences.