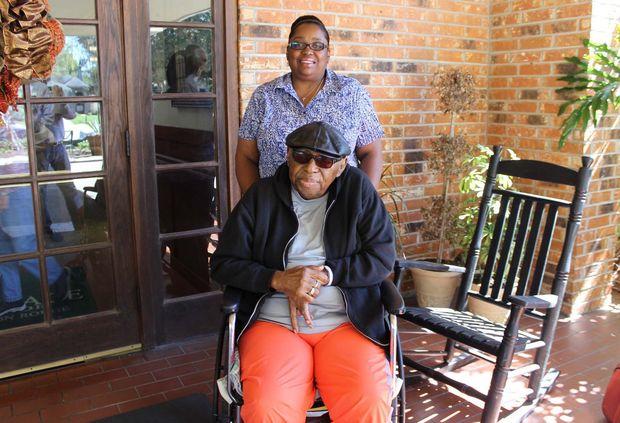 Born Ernest J. Thomas in Baton Rouge January 5th, 1929, Thomas owned and operated a blues club called Tabby’s Blues Box and Heritage Hall for nearly three decades until it’s closure in 2004. “There was something about Tabby’s Blues Box,” wrote Chelsea Brasted for the New Orleans Times Picayune, “An intangible quality seeped out of the joint on nights when legends were being made on its stage, solidifying its place in local music lore.”

Thomas has long been one of the best known blues musicians in Baton Rouge. Having learned music in a local church Choir as a child, and following an Air Force stint, Tabby relocated to California and began a touring and recording career, notably with Hollywood Records and the well-known Excello Records label.

Returning to Louisiana, Tabby’s records were quickly played on local radio on New Orleans’ WBOK. His music earned him a spot at New Orleans’ famed Dew Drop Inn venue — a premiere live blues room that was host to Sam Cooke, Ray Charles, Guitar Slim and dozens more top acts of the time. He caught the attention of Louis Armstrong, who arranged for the Eric Shaw Agency to book Thomas a tour.

Tabby’s son, Grammy award winner Chris Thomas King, found his first experiences at the club that he helped his father create. He signed his first recording contract with Sire Records, a subsidiary of Warner Brothers, at Tabby’s Heritage Hall. King went on to sell more than ten million records, earning a Grammy for Album of the Year for his cover of Skip James’ “Hard Time Killing Floor Blues” track on the O! Brother Where Art Thou? soundtrack. King famously played bluesman Tommy Johnson in the film.

Thomas had a stroke in 2004, which affected his playing but not his singing, and he continued his radio show. He is survived by his spouse and seven children.