The Language of the Blues: DELTA 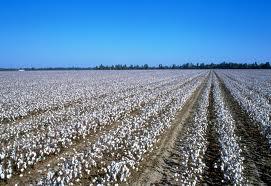 This is the latest installment in our weekly series, The Language of the Blues, in which author and rocker Debra Devi explores the meaning of a word or phrase from a blues song. Come back every week for the latest! Devi’s award-winning book, The Language of the Blues: From Alcorub to ZuZu, includes a foreword by Dr. John  and is blurbed by Bonnie Raitt and Joe Bonamassa. Get your signed copy at Bluescentric.com!

The Delta is a two-hundred-mile, leaf-shaped triangle of rich black soil bounded by the Tallahatchie and Yazoo Rivers to the east, and the Mississippi River to the west. This birthplace of the blues is completely flat from Memphis, Tennessee to Vicksburg, Mississippi. The land was flooded each spring by the Mississippi River before man intervened. Once, the river-rich soil was hidden beneath dense forests and canebrakes, through which sluggish bayous meandered. Today, the Delta is covered with cotton and soybean fields, and dotted with little towns that feel set back in time.

Cotton farmers first began the hard, slow work of clearing the land in 1835, but made little progress. Determined to get back on their feet after the Civil War ended in 1865, the farmers found dirt-cheap labor among the newly freed slaves, and redoubled efforts to clear the Delta and develop new plantations. “Thousands of black freedmen migrated to the Delta to clear and farm its fields…recruited by labor agents who promised higher wages and civil rights which had been lost in other parts of the state,” William Ferris explains in Blues from the Delta.

The laborers cleared fields, and built levees to protect the new fields from spring floods. Building the levees was dirty, dangerous work that injured and killed both mules and men who tumbled down the steep, muddy slopes. Lonnie Johnson’s “Broken Levee Blues” told of African Americans threatened with jail if they refused to risk their lives building the levees:

They want me to work on the levee, they’re coming to take me down.  I’m scared the levee may break and I might drown.
The police run me out from Cairo, all through Arkansas.  And they threw me in jail, behind these cold iron bars.
They said, “Work fight or go to jail”, I said, “I ain’t totin’ no sacks.”  I won’t drown on that levee and you ain’t gonna break my back.

Thousands of Irish immigrants went to the Delta to find work, as well. Many were also forcibly conscripted to work on the levee and the land-clearing crews. Irish immigrants were sometimes referred to as “white niggers” and storefront signs in the region during the early 1900s often read “No Blacks, No Irish.” In the Delta, haunting Irish folksongs of pain and woe influenced the developing blues.

The intense post-Civil War effort to claim the Delta for farming created a new economy, and a new society among poor blacks and whites. “Prejudice? Yes, there was in some areas but for years and years you had whites and blacks living next door to each other in the same neighborhood, getting along,” blues legend “Little” Milton Campbell, Jr. (born in 1934 Inverness, Mississippi) told me.

Campbell, Jr.’s family were sharecroppers, as were many poor white families in the region. “They would visit, they would be together, and of course,” Campbell, Jr. added, laughing, “some of them would sleep together, which you can understand when you see the different shades of skin!”

When Joel Slotnikoff interviewed musicologist and Mississippi native Gayle Dean Wardlow, Wardlow told him: “By the early 1900s they started clearing a lot of the swamps in the Delta. They started planting cotton. Well, this meant jobs in the Delta. A lot of people moved out of the hill country where they made very little money if any. I remember [H.C.] Speir said you could make three or four times picking cotton in the Delta what you could workin’ in the hill country.”

A sharecropper in the hill country beyond the Delta region could earn about a quarter a day, whereas in the Delta he could make a dollar or more a day. “You could make real good money pickin’ cotton in the fall in the Delta,” Wardlow said.

Cotton pickers who came during the fall often went home, packed up their families, and moved to the Delta to sharecrop year-round. Giant plantations like Dockery Farms had as many as two hundred and fifty families living there at once. Many people came to work at Dockery’s, Wardlow explained, because “People lived next to each other in the shacks, but if you worked hard at Dockery’s you could succeed. He was an honest man.”

Dockery Farms was home on and off to the blues musician Charlie Patton, who was an enormous influence on Howlin’ Wolf, Robert Johnson, and many other blues legends. Patton and his friends Willie Brown (Robert Johnson’s mentor), and Tommy Johnson played parties, picnics, and fish fries in the tenant quarters at Dockery. Howlin’ Wolf moved down to the Dockery plantation in 1929 not only to work, but to be near Patton and learn everything he could from him.

Patton began working on the plantation in 1906 at age fifteen but developed a stormy relationship with the overseers. He was hired by Will Dockery to entertain the field hands, according to blues historian Steve LaVere. By 1916 Patton had been working on the plantation for ten years, and was considered one of the best guitarists in the county, but he was dismissed after a family argument got out of hand.

Patton came back in 1918, but he was kicked off again in 1921 and went to make his living in the regional jukes and barrelhouses. He returned to Dockery Farms in 1925 and lasted until, as he recounted in “’34 Blues,” “They run me from Will Dockery’s” again in 1934.

In “’34 Blues” Patton nails the desperation and anxiety of unemployment, but something good came out of Patton leaving the plantation that time. He went to New York and recorded twenty-nine songs for the American Record Company. When these recordings were reissued in the mid-1960s, they sparked great interest in this Delta cropper who came to be known as the father of the Delta Blues.

By the mid-1920s, about a million African Americans were living in Mississippi. Four to five hundred thousand were in the Delta–many living and working together on plantations.

For blues great Hubert Sumlin, the Delta was a musical melting pot. He told me: “Down there where I was in my part of Mississippi, where I was born, there were musicians everywhere. We had people down there they speak French, French Creole. We had black Seminole. We had people from Jamaica, the Bahamas. Oh yes, you could hear the African feeling in the songs, in the dance, the way they tapped their feet, in everything.”

“Back then you worked every day,” recalled Campbell, Jr. “And you keep saying ‘blues,’ but you know, it was music, period, that was around everywhere. I was exposed to country and western first. It was the Grand Ole Opry on the radio for me. I got a chance to listen to people like Eddy Arnold, one of my favorite singers, and George Morgan. I never was into the bluegrass stuff, but I always liked the great stories that the real slow singers would tell.

“They say that so-called twelve-bar stuff is the black man’s blues and country western of that day was the white man’s blues,” Campbell, Jr. mused, “but I tell you there’s a very thin line between the two musics. Only difference is the beat, and the bars to some extent, but the stories of happiness, sadness, being lonesome, and what have you. All of that was the same.”

Video:
Muddy Waters – “My Home Is In The Delta”