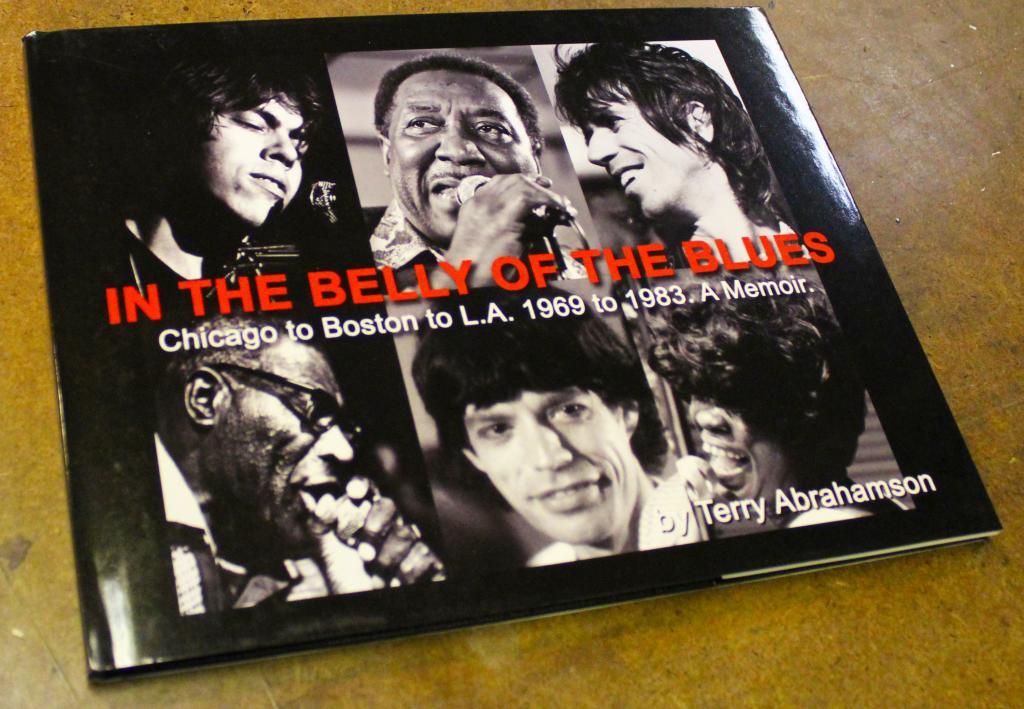 Terry Abrahamson blew the dust off of a box of old negatives that had been sitting in a box in his closet for almost 30 years. In the box were simple-yet-beautiful, close and personal pictures of his Chicago friends in their most comfortable settings: small bars, living rooms, dining room tables. These were no ordinary friends though. Some, like Muddy Waters, Freddy King and Koko Taylor, had pioneered much of what we would call popular music. Others like George Thorogood would soon strike it huge by singing what the pioneers had taught him. And others that learned from those pioneers at a distance had already become the greatest rock & roll band on the planet… like The Rolling Stones.

From these pictures and memories, Abrahamson created In The Belly of the Blues. The pictures are king in this book, some in color, others in black and white, some dusty some partially focused, yet each tells an intimate story of Chicago Blues in it’s prime that music fans have never heard or seen before now. A young James Cotton, his face in crisp clarity, clutching an electrified harp, maybe waiting for a queue from Muddy Waters, who’s face is light on focus yet instantly recognizable. The book is filled with shots both at the stage and from the musicians’ every day lives. Many, like Koko Taylor, smile lovingly through the camera at a friend — as opposed to a photographing stranger.

Abrahamson provides surprisingly clear context for each set of pictures that range from the late 60s to the early 70s, writing a sparingly straightforward narrative from his point of view about when and where the pictures were taken. The small stories, often a paragraph or three at most, are insightful looks into the blues great’s lives as he discusses Hound Dog Taylor’s trademark “hotel room chicken” or “the night we booked George Thorogood to play two sets for ten bucks. An then we took a commission. And then he thanked us.”

“Yes, I had known Muddy – written songs with him, travelled with him and took a lot of photos of him and the others,” wrote Abrahamson in the book’s opening. In The Belly of the Blues provides a beautiful, intimate picture, (often literally) of the greatest blues performers in Chicago’s history.

Get a copy of In The Belly of the Blues on Bluescentric.com