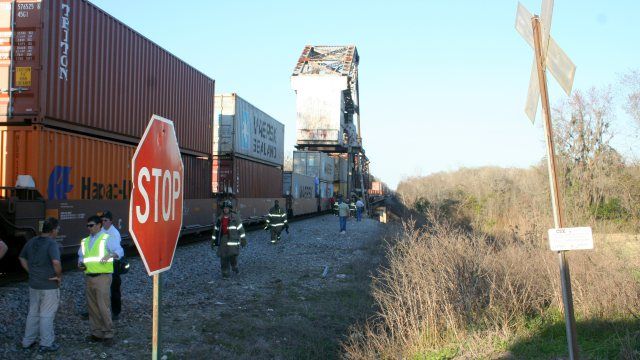 One member of a film crew working on the Gregg Allman movie, Midnight Rider was killed yesterday after an unexpected train crossed a bridge where filming was taking place. The accident took place in Wayne County, Georgia.

Seven others were injured in the accident, including one that had to be airlifted to a hospital. Variety reports that the crew was filming a bed placed on the bridge’s train tracks for a dream sequence, expecting two scheduled trains when a third surprised the crew members, giving them less than 60 seconds to get to safety.

WSAV 3 Savannah is reporting that the victim killed int he accident was 27-year-old Sarah Jones, a second camera assistant.

Sheriff John Carter of the Wayne County Sheriff’s Department said that his office received three separate 911 calls reporting the accident at 4:37 p.m. on Thursday. He said the freight train was operated by CSX Corp and that the rail line forms a single track as it crosses the river at that point in the trestle bridge where the incident occurred.

“I am so terribly saddened by the news of the tragedy that took the young life of Sarah Elizabeth Jones on the film set,” wrote Gregg Allman on his official Facebook fan page. “My thoughts and prayers go out to her family, friends and colleagues during this time of mourning.”

“CSX is deeply saddened by a tragedy that occurred late today on a CSX rail bridge in Doctortown, Ga.,” said a statement from the train company. “And is cooperating fully with authorities as they investigate. Initial reports indicate that at least three people were injured, one fatally. CSX personnel are working with first responders to meet the needs of those injured. A train was en route from Memphis to Savannah when the incident occurred.”

A publicist for the ‘Midnight Rider’ production issued the following statement: “All of us on the production team are devastated by the tragic accident that happened today. Our thoughts and prayers are with the family of our crew member.”