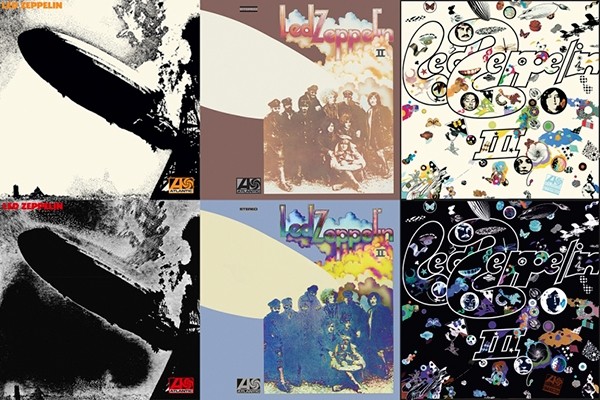 Legendary rock band Led Zeppelin are reissuing the group’s first three LPs, remastered by the group’s lead guitarist, Jimmy Page, along with previously unreleased tracks, according to Rolling Stone Magazine. The band described the release as part of an “extensive reissue program”.

In addition to the remastered tracks, the new versions of Led Zeppelin, Zeppelin II, and Zeppelin III will be available as a “Deluxe Edition” with a bonus disc of previously unreleased live and studio tracks that were recorded around the time the albums. All three albums will be released on June 3rd.

Each album will be available in CD, digital download, and 180 gram vinyl in a sleeve with the original packaging. Fans can purchase a Super Deluxe edition, containing, among other things, the band’s original Atlantic Records press kit, CD copies, vinyl copies, a hard-cover book with unreleased pictures, and a digital download card.

The deluxe edition of Led Zeppelin will also feature a recording of the band’s concert performance at the Olympia in Paris. The bonus for Led Zeppelin II includes alternate mixes of six songs, including “La La” that wasn’t on the album, and the backing tracks for two songs. Led Zeppelin III‘s deluxe edition will include three never-released tracks, including an instrumental, “Jennings Farm Blues”, the blues standard “Key To The Highway/Trouble in Mind”, and “Bathroom Sound”, an instrumental rendition of “Out on the Tiles”.

“The material on the companion discs presents a portal to the time of the recording of Led Zeppelin,” Page said in a statement. “It is a selection of work in progress with rough mixes, backing tracks, alternate versions and new material recorded at the time.”

“The catalog was last remastered 20 years ago,” Page told Rolling Stone last year. “Everything is being transferred from analog to a higher-resolution digital format. That’s one of the problems with the Zeppelin stuff. It sounds ridiculous on MP3. You can’t hear what’s there properly.”