Language of the Blues: HOODOO 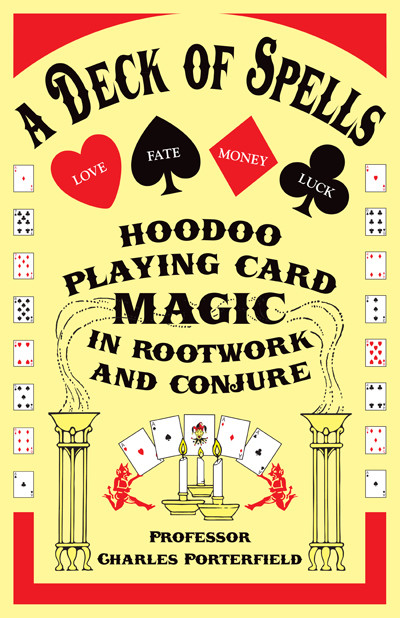 Here’s the latest installment of our weekly series, The Language of the Blues, in which Debra Devi explores the meaning of a word or phrase found in the blues. 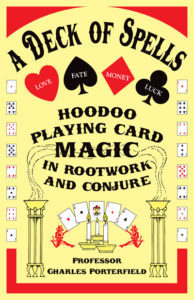 Hoodoo is not Voodoo, although the two are often confused. Voodoo (more properly spelled Vodou) is a religion derived from one of the world’s most ancient religions, Vodun, which originated in West Africa. Hoodoo, in contrast, is an African American system of folklore. Hoodoo consists of herbal medicines and magic practices. It is neither a religion nor a denomination of a religion, although it incorporates elements from African, European and Native American religions and practices into its core beliefs.

Examples of hoodoo include foot track magic, mojos, the use of indigenous herbs and roots to treat illnesses and cast spells, and the use of divination charms like Jack balls to tell the future. A person who practices hoodoo is called “a hoodoo,” as in “That Doctor Ya-Ya is one strong hoodoo,” or may be described as a hoodoo woman or a hoodoo man. A person who has been the victim or beneficiary of some hoodoo was “hoodoo’ed,” as in “He done hoodooed that gal to death.” Hoodoo is also called “conjuration” and “rootwork.”

Blues songs are a great source of hoodoo lore. Songs like Robert Johnson’s “Stones in My Passway” and Ma Rainey’s “Black Dust Blues” describe hoodoo practices and their purported effects in detail. It’s important to bear in mind, however, that just because blues musicians used hoodoo imagery in their songs to wonderful effect, it doesn’t necessarily mean that they believed hoodoo really worked.

As guitarist Robert Jr. Lockwood told me, “Hoodoo? Well, it’s been around for years, but I don’t believe in it. I don’t believe nobody can do nothing without my wanting them to do it.”

Pianist Henry Gray, who played in Howlin’ Wolf’s band in Chicago from 1956 to 1968, expressed similar feelings. Gray, who grew up near Baton Rouge, Louisiana, recalled how people from the Baton Rouge area who feared they’d been hoodooed would head straight to New Orleans to get help. “Lot of ’em would go across the river,” Gray said, “They got a place over there in New Orleans called The Seven Sisters, and they supposed to be able to read your palms, tell your future- when you gonna die and all that. Well, I never believed in that stuff but a lot of people do, and they would go over there and get something to get a [mojo] hand removed or whatever they needed done.”

In “Seven Sisters Blues,” recorded in 1931, J.T. “Funny Paper” Smith described taking a similar journey to get a curse removed:

They tell me Seven Sisters in New Orleans
that can really fix a man up right
I’m headed for New Orleans, Louisiana
traveling both day and night

Gray also played piano with Muddy Waters in Chicago and recalled how transplanted Southerners like Waters and Ernest “Tabby” Thomas would play with hoodoo imagery in their songs: “Well, hoodoo, that’s something that would come up in songs like the ‘Hoodoo Party’ by Tabby Thomas, and Muddy Water used it, you know, in “Got My Mojo Working” and stuff like that. He was just using it mostly for a song, you know, but he really didn’t believe in it. But some people do believe in it, really, and they scare themselves!”

Harry Middleton Hyatt, an Anglican minister from Quincy, Illinois, collected much of the information we have about hoodoo practices. Hyatt was an avid amateur folklorist who began his hobby in Illinois but eventually worked his way throughout the Southern United States. He created two major collections of his field notes and transcripts, Folklore from Adams County, Illinois in 1935 and the massive Hoodoo-Conjuration-Witchcraft-Rootwork in 1970. The latter is considered the most complete reference on hoodoo available.

Hyatt never nailed down the origin of the word “hoodoo,” however. It is likely African, although Eoghan Ballard, folklore academician at the University of Pennsylvania, has an interesting theory that it derives from judio (pronounced “hoo-dyoh”), the Spanish word for Jewish. He noted that there are two groups in Cuba who practice hoodoo-style magic by creating charms using woods, roots, and herbs (and sometimes animals; see hellhound). The two groups are named Palo Cristiano and Palo Judio. The latter are so named not because they are Jewish, but because they have remained unconverted
to Christianity.