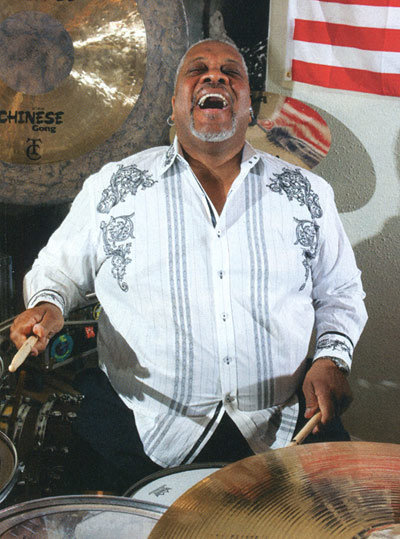 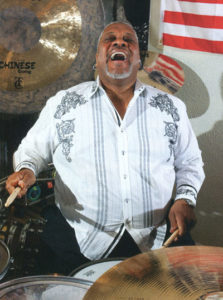 American Blues Scene spoke recently with Tony Coleman who is best known for his 29 years as B.B. King’s drummer. The focus of this interview was to be his upcoming appearance at Portland’s Waterfront Blues Festival with teenage blues guitar phenom Christone “Kingfish” Ingram. However, the conversation soon turned to other subjects on which Tony has both extensive expertise and emphatic opinion.

First, he articulated his disdain for musicians daring to be blues poseurs. “For some of us, blues music is not a career choice; it’s a life. It’s who you are; it’s something you’re born with,” said Tony. “It’s not like you can go and get a DVD, Blues for Dummies. You can learn how to do this, but those people are generally, ‘in my opinion’ as B.B. taught me to say, those people are on the surface; it doesn’t come out of the soul the same as people who grew up like myself.”

Then Tony shared very personal memories of the man he regarded as a second father and who demonstrated a work ethic Tony finds lacking in today’s artists. “Do you know what it’s like to drive cross country, say from L.A. to Texas? This man did all of that hard work and still walked onstage with a smile on his face and still played his ass off to give the audience the best show he could possibly give them. That speaks volumes compared to today’s whining artists, not wanting to sign autographs, don’t want to talk.”

Here are some highlights from our interview:

Stacy Jeffress for American Blues Scene: I have a burning question, I have to know – did your dad invent the [dance] Mashed Potato?

Tony Coleman: Yes he did. Along with James Brown, he made it popular. That’s why I’m a musician, I guess, because I got his genes. He was Carlton “King” Coleman; he was a famous disc jockey, an emcee at the Apollo Theatre. He introduced Otis Redding and a lot of different artists to New York when they first came out.

ABS: I wanted to talk with you about the Waterfront Blues Festival. How did you and Kingfish get hooked up? Have you met him?

TC: It was something Peter Dammann put together – he puts all the talent together for the fest. I met Kingfish in Memphis at the B.B. King Homegoing Performance.

ABS: Where do you suppose that gift comes from at such a young age?

TC: It’s who you are; it’s something you’re born with. I don’t know where it comes from. It’s in your DNA, it’s who you are. We play with feeling, because that’s who we are. He’s one of the ones coming up like that.

ABS: What are you doing now on your own? You have a new record coming out with Blue Funk?

TC: I call it “Tony Coleman and Blue Funk,” because it’s blues and funk. In my opinion, blues has been rocked and rolled to death – now I need to put it back into funk and soul. I could a traditional blues record all day and all night. I could do what B.B. did and what Bobby “Blue” Bland and Albert King did until the cattle come home. I’d like to do what I learned working with those people and incorporate me into those things.

ABS: How do you find your voice and keep it from being derivative of all those great influences?

TC: When I sing, a lot of people say, “You sound like B.B.” I’m now discovering how to take some of him out of me and put more of me in me.

ABS: What was the connection between you that made your pairing so successful?

TC: My dad and he were good friends. When I joined the band and he found out I was his friend’s son, he took a different attitude toward me. I know my dad told him, “Treat him like your own son, and get on his ass and make him do what we need to do.” Now I got B.B like a dad and not just a boss. He’s trying to teach a bull-headed young man to be a certain way.

My whole attitude was rejecting what he was giving me. I didn’t grow up the way they grew up, and I saw the world differently than they did. BB was always teaching me to do things the way he did. He loved my youthful energy and drumming, but he didn’t necessarily like my attitude. That’s why he fired me five times – but he hired me six!

This man brought so much goodness and kindness to the world. I loved the man – there should be a B.B. King Day. This man was like a Gandhi, a Martin Luther King, a John F. Kennedy. He should be on Mount Rushmore. This man loved everybody, and I’m not exaggerating. He didn’t just love good people; he loved assholes! He was nice to everybody, jerks, whatever. He told me one time, “Tony Coleman, you’re an asshole!” He felt like he could teach me a different way.